It’s time to pull up a seat – popcorn at the ready – to enjoy an almighty dingdong between borrower and lender as battle lines are re-drawn in a swiftly shifting infrastructure finance environment.

Those who started their careers over the last decade are in for a treat as the learning curve steepens towards a new reality and they – finally – earn their stripes (weal marks) in a very different lending climate. 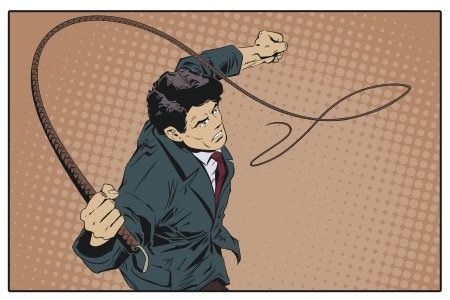 As everyone looks towards a market shift in autumn, the (let’s put it politely) “more seasoned infrastructure professionals” among us – those who, say, lived through the run-up to 2008 and the resulting GFC – are bracing for a tumultuous phase and it’s about time the newbies got the memo.

The market’s shifting and it’s going to be real. And if you need verification of this direction of travel, just take a look at the IJGlobal league tables for the first half of this year.

Let me just lay down some hard facts before launching into this week’s Friday editorial. Look at the top 20 lenders to international project finance and what do we see?

Well, the Japanese banks – SMBC and MUFG – lead the field as is their wont. ING sneaks in just behind them, its preferred position. And then we have the usual suspects (in this order): Santander, Mizuho, SocGen, Credit Ag, Natixis, HSBC… and then BAML followed by Bank of China.

As you work down the list, Intesa Sanpaolo is far from alone. There are an awful lot of “less well-known” players working their way up the table… and we entirely expect this trend to continue.

Now why would that be? Could it be that the “more traditional” lenders are pulling in their horns and those with a less experienced view of the market are filling the gap?

Yes, of course that’s what’s happening. And expect to see more of this in coming league table reports. By this time next year, we may be awarding laurel wreathes / dunce’s hats to some lending institutions you likely ducked into the lavatories to avoid at conferences in the past.

When you see the Japanese (possibly soon to be replaced by Korean lenders in infra/energy) and French banks becoming more risk averse, leaving a gap for the second tier to step up… that speaks volumes.

No putting the cat back…

But let’s get back to the whip and how it tends to be liberally applied by whoever (sponsor/lender) happens to be holding it at the time.

For many of the financial advisers and sponsors who only have experience of a bull market (bearing in mind that corporate memory only spans 5 years) this shift is going to come as a nasty shock.

For those who recall, just think back to the heady market of 2006, and identify the lenders that led the field (cutting their own throats to book build) in project finance. Ponder the experience of Dexia, Depfa, HBOS, Fortis and RBS.

Where are they now? And do the people who are working on deals right now even know all these lenders of old to learn from their mistakes?

The return (after 10 years of a positive lending environment) to more prudent lending practices is already in play and it’s ratcheting up at pace – and that’s going to transform the lending landscape which is going to make a lot of these big underwrites in the market a bit more challenging.

We are already hearing that the £4.9 billion ($6bn) CityFibre refi is getting decidedly sticky and folk are saying that the underwriters will be left holding a whole lot more on their books than they want.

One lender who has been approached to participate in the CityFibre refi said this week: “The underwriters on CityFibre may be left holding much more than they anticipated or have to give away more margin than they planned.”

And from what we hear, it’s not just the financial advisers and underwriters who are picking up the phones to lenders, the sponsors have been getting stuck in, demanding to know why the lenders they were told would turn up are turning their noses up at the deal.

According to PF bankers, the rot set in around 2012 and a good indicator of this was when DSRAs morphed into DSRFs as the borrower started to push for covenant-lite with cash sweeps eroded. While we don’t have any evidence of it, I’d put money on it that lenders had been asked to remove flex clauses over the course of the last decade.

Not everyone is of this view

This is IJGlobal’s view of the coming market and the opinion of a good number of PF lenders out there. However, in writing a piece like this, it’s always worth bearing in mind what Christine Keeler said: “Well, he would say that, wouldn't he?”

One lender points out: “I don’t see anyone blinking on renewables.” And that’s a fair point. The madness will continue there as we all skip through the blossoming ESG pastures and behold the many wondrous things being done… just don’t look too closely at the component parts.

A veteran PF banker points to a pinch point: “With Russia turning the gas off and rampant inflation, it’s going to be a tough autumn/winter… and people are right now going away for summer.”

As this source points out, this creates a worrying time, as nobody wants to be left holding the (figurative) baby, returning from the summer holiday to find out that pricing has blown out and the big underwrite they put on the book before swanning off to catch some rays is stuck on their balance sheet as they approach the end of Q3.

Even worse, the infra veteran points out: “It isn’t moving anywhere because pricing is still going up and liquidity is still drying up.”

Meh – that’s all a bit too optimistic for my taste.

When you hear things like “good deals will continue to get done”… a shiver runs down my spine. I’m back at Emap (owner of IJ in 2008) in Greater London House hearing that mantra on loop and I’m always left asking: “Why were you doing bad deals in the first place?”

The whip hand’s switching to the lenders. Drawbridges are rattling up as we speak. The modern-day Dexia/Depfa/HBOS/Fortis/RBS will fill their boots and someone’s going to start muttering about “zombie banks”.

Or it could all be fine and I’ve just ruined your weekend for gigs. LOL!