The first half of 2022 has logged a significant dip in global infrastructure finance activity with a slump in transaction numbers, but a slight uptick in value. However – overall – data show a marked decline in activity on the preceding 2 half-year periods.

The coronavirus pandemic continues to shoulder a significant portion of the blame for poor activity, but this is compounded by geopolitical issues as the Ukraine conflict continues to rage and inflation impacts markets. 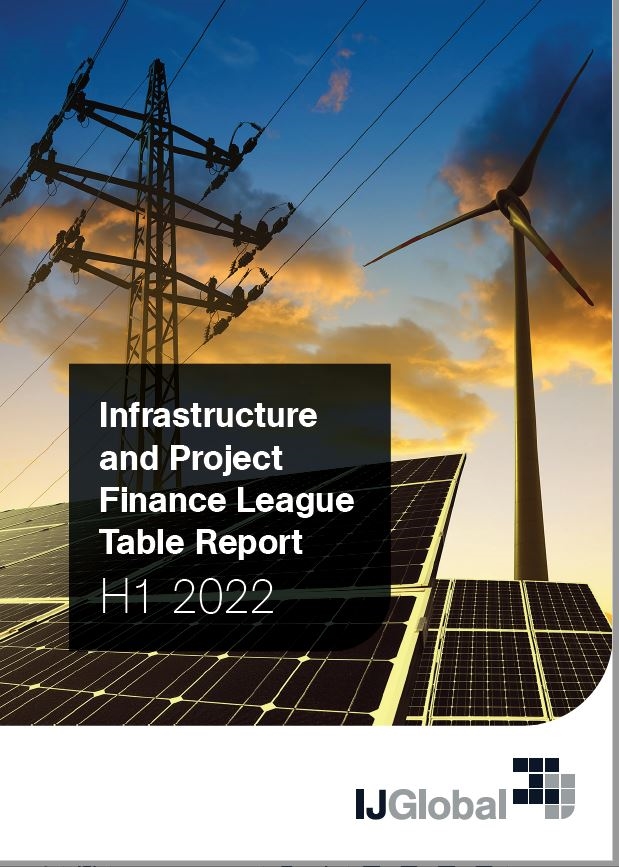 The only solace to be taken from this half’s results is that deal value has crept up by 2% when compared to the corresponding half last year.

The feel-good factor is also bolstered by project finance recording something of a resurgence in H1 2022 with financial closes on 19.39% more transactions than the corresponding half from the year before. The largest of these closes were PF deals associated with major acquisitions in, and most of these fell in Q1.

Commercial lending continued to decline at around 24% less than H1 2021, but of those banks the Japanese continued to dominate with MUFG and SMBC dominating the board. ING Bank comes in its favoured slot of nestling behind market leaders and it is joined by Santander which continues its strong performance.

While deals that closed in the first half were generally higher in terms of average value, deal volume was down when compared to H1 2021. Europe is singled out as a key region due to previous high performance with it slumping by 35% by deal value and 22% by number. The average size of European transactions tanked from $474 million to $399 million.

Other regions remained reasonably stable throughout H1 2022 though MENA registered a 50% drop in value, but this is less significant than Europe given market size. And – in its defence – a few high-profile deals did close over the period.

Infrastructure finance across Latin America increased by 27% to $53 billion with the largest deals predominantly being in the telecoms and transport sectors. Sticking with a sectoral theme, infra finance in H1 2022 remained stable for telecoms and mining, however all other sectors dipped in both value and activity. Interestingly, O&G deals slumped by 49% in value.

Capital markets continued to perform poorly when compared to recent market highs of H1 2021 and H1 2020, which is largely put down to repercussions from the conflict in Ukraine. Overall the first half of this year was the least active period since H2 2019 with green and sustainability-linked bonds reaching their peak half-year values for the last 5 years, standing at $46.1 billion globally.

Contrary to received wisdom, O&G was the single most active M&A sector with $48.8 billion of deal closes in H1, while the renewable energy sector was most active by deal volume with 290 closes.