For the final podcast in a series of 3, Dr Tim Stone CBE joins IJGlobal editorial director Angus Leslie Melville to investigate the impact of the Ukraine invasion and energy security issues, before launching into the planned discussion on base-load technologies.

There are few people in the market with as all-encompassing a view on nuclear and the impact of the Russian invasion of Ukraine, given Tim’s role as chair of the Nuclear Risk Insurers. He is also chair of the UK's Nuclear Industry Association.

In the podcast Tim says that: “The 4 nuclear sites that provide 50% of Ukraine’s power are still operating and they are currently… operating safely and sensibly.”

The invasion of Ukraine, Tim says, has added another “bolt of lightning” to the question over energy security which now centres on the “Russian hegemony of gas and oil” which “cannot continue”.

Tim says: “It has rattled cages all around the world in terms of thinking about energy security and sovereignty of energy and it has added more fire to the conversation over what should a sensible energy system in a country look like.” 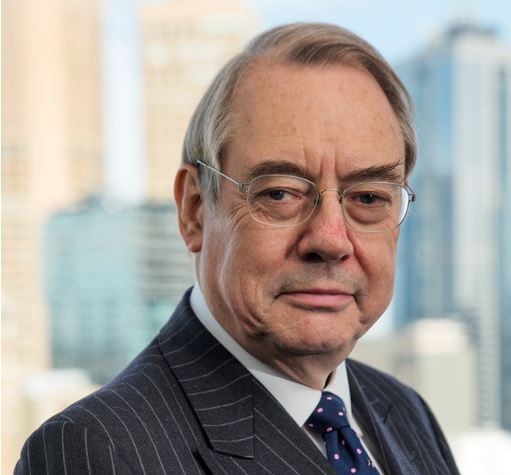 The invasion has prompted an uptick in conversations over energy security that Tim rightly points out are “very sensitive” as it involves the likes of Germany – which is phasing out nuclear energy – stockpiling coal to feed thermal power plants.

“The politics of burning coal rather than gas or oil is an astonishing place to be,” says Tim. “I would simply say that in all this, the one thing you learn as a banker quite early on is that volatility produces profits – not stability.

“I don’t think we will ever see again a pace and scale of change like we are starting to see now. The nuclear world is part of the answer. I have said before there is no silver bullet for dealing with energy security or Net Zero.

“Nuclear has to be a big part of it. Properly financed, the cost of nuclear energy is competitive with renewables.”

The future of nuclear

Conversation in the Infra Dig podcast moves on to the deployment of Advanced Modular Reactors (AMR), role that is to be played by hydrogen and – the holy grail for nuclear – fusion.

In this podcast, Tim explains the technology behind AMRs – also known as Generation IV – which ranges from the role it will play as a primary solution to a low-carbon baseload energy through to powering cargo ships and even as community heating solutions.

This moves on to the inter-twined role that may be played by nuclear power and hydrogen.

As Tim says: “Hydrogen is an important part of the future energy system – if we can make it work.”

Conversation moves on to hydrogen as an energy source in its own right and the challenges – technology, transport and application – that are being worked on as you read this.

“At the moment, about one-third of our energy moves around the UK in gas pipes,” says Tim. “We have to find a way of shifting the same amount of energy – perhaps even more one day – down those gas pipes, because if we can’t shift it down the gas pipes, we’re going to have to have an awful lot bigger electricity grid instead.”

And then there’s fusion which is 25-30 years away… which is how it has been described for the best part of 50 years, but it is closer to becoming a reality than previously, but that 25-30-year caveat remains as true to day as it was then!

To tune into the other 2 podcasts in this series of 3 podcast with Dr Tim Stone CBE on the potential for nuclear, follow these links: