As we toil our way towards the end of the first week of 2023 – happy new year btw – the customary sense of enthusiasm/anticipation seems to be a trifle lacking. Is it just me, or does it feel a little bit… you know… nervous out there?

Sitting at home, bemoaning the choice of living next to a primary school that serves as penitentiary for demon spawn from the less fashionable end of Richmond, beasted by striking rail staff, and pondering the year ahead… it really is looking rather grim.

And it’s not just London – though we do have more than our fair share of “stuff” to deal with – the sense of unease seems to be all-pervasive as the market checks its collective six to identify the greatest threats for the year ahead.

Chatting (briefly) with our over-burdened data team – it’s a struggle to get them to talk as they plough through the data for the full-year IJGlobal league tables – there’s a sense that it’s all about renewables and digital infra on the greenfield side, with some big O&G and transport deals thrown in for good measure. 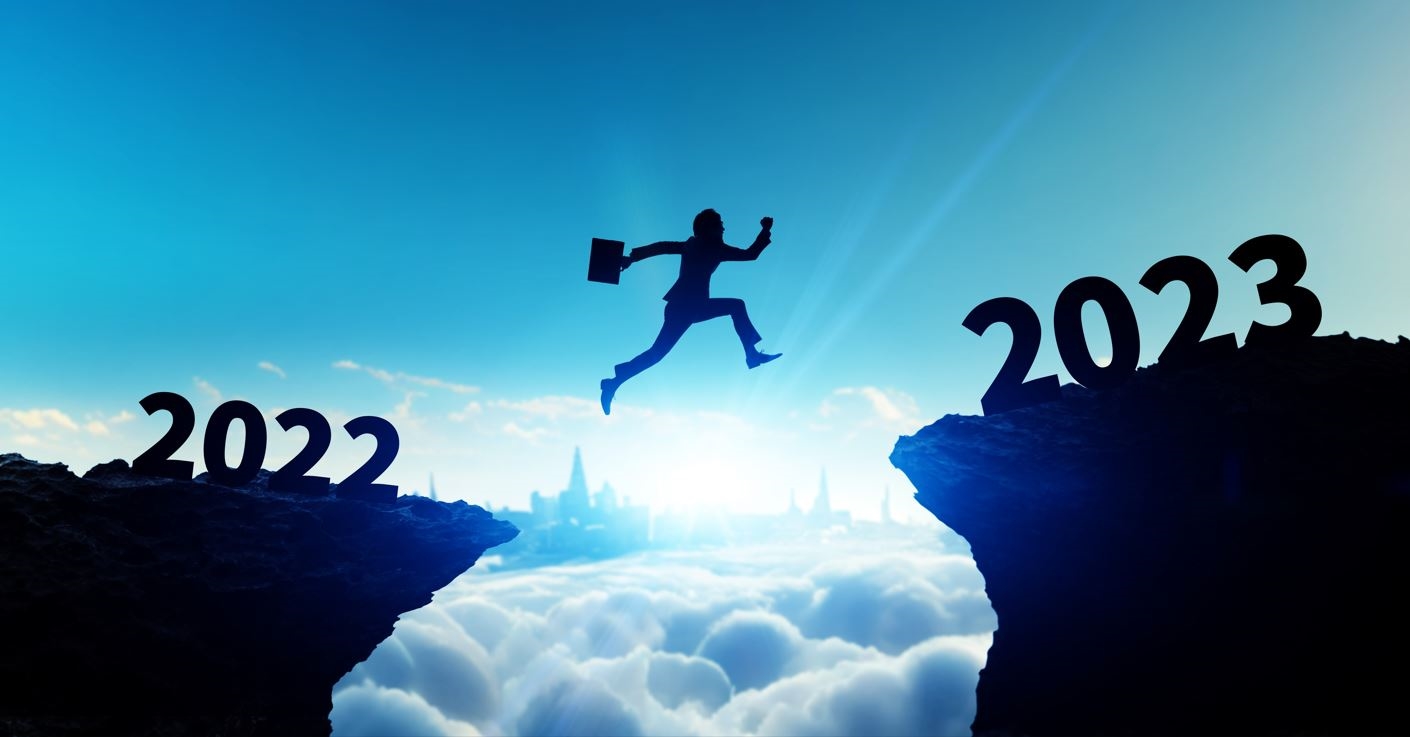 Well, there’s no prizes for working that out. Anyone with half an eye on the market would have spotted this trend. And yes, it will continue for the year ahead and beyond – especially in renewables and digital infra. It seems to be all that anyone wants to talk about… that and hydrogen. And how that’s going to work, well the jury’s still out, and split.

Late last year, sitting around a table with a bunch of infra bankers, I raised a concern over stranded assets in the energy space in about 5 years’ time, only to have this shot down. The general sense was that the argument was completely flawed and that the need to increase energy generation would see them alright – nothing to worry about, move along.

Yeah well, I don’t buy it. It kind of reminds me of 2008 when other infra titles were foaming at the mouth, insisting that long-term lending was impossible. Having been roundly lambasted by the banking community for writing otherwise, when you reviewed the data the vast majority of deals in a challenging market secured long tenors.

Hard mini-perms were few and far between, but the message being sent out was that this was the only option. And, please, don’t sell soft mini-perms as short-term – we all know they need sign off from credit committee for long tenors, even if the borrower is massively incentivised to refi.

On the stranded asset side – and I’ll be delighted to be proved wrong – it feels like the rush to build is going to leave the market with a surplus. Now, at this stage, this only impacts mature markets and maybe it will be a bit more than 5 years down the line that the impact will be felt.

This is a concern based on the rapid evolution of technology and assumptions that, should the electricity being generated not be required for the grid… well, use it to make hydrogen. Drop the mic, you have your answer.

In this equation X is an ill-defined outcome. Storage is fine, but it tends to involve the national grid as an eventual off-taker (don’t take too long please), assuming that the electricity will be required. And for the coming few years, that’s a pretty safe bet.

Talking to bankers who insist all is well, you have to be wary. After all, they sign up to long tenors but have no intention of being in for the long haul. They will be out within 3 years, so when they airily insist that projects are secure for the full, say, 25 years they have lent against in primary financing… well, they only really care about construction and how long it takes to sell down to zero.

Bringing it back to stranded assets, it’s the assumption that there will be a use for the electricity that makes me quiver a little. It’s always the assumptions that set your teeth on edge and make you ponder the salesperson’s motivation and look a little closer at the toothy grin.

Sure, we need to invest massively in alternative sources of energy generation and this will keep us all busy for a good long while. But the time has arrived to start being more circumspect about where these projects are located and accept that assumptions are being made on future use of electricity.

With developments on the nuclear fusion front (what could go wrong?) and renewable energy technologies making breakthroughs on a daily basis, hydrogen transport being trialled, and more announcements on LinkedIn that you can possibly read… this is a swiftly evolving sector.

Whenever you have a fast-moving sector – people get left behind. My concern is that the most remote alternative energy projects in mature markets (many of which these days have merchant contracts) may end up being the white elephants of tomorrow.

But those are my concerns and as everyone insists that I’m wrong, let’s hope that is the case… but I’m writing this now so that I can refer to it in years to come – much like I did with London’s Crossrail which I said would never be built.

Fears on the street

Talking to a cross-section of the infrastructure community – those who are not sunning themselves on verdant ski slopes – there’s mixed bag of enthusiasm and trepidation for the year ahead.

There is general consensus that 2023 will be a strong year compared to a fairly weak 2022, but let’s wait until our league tables are out before we make a call on that front. It’s amazing how perception can be changed by hard data.

On one point, all are in agreement and that is that the price of debt is heading north. It’s going to get a lot more expensive to borrow though the “virtuous” projects will continue to buck this trend… just not by so much.

One banker quipped that “Mammon must be served” but the reality is that plenty of projects – especially “green” ones will continue to get away with murder and that liquidity is abundant… in spite of it being more expensive.

One infra adviser says: “It’s generally going to be a tougher year. We already had the difficulty of getting fixed-price construction contracts in a world of construction inflation and lack of decent projects. Add on increased debt pricing and net zero targets / carbon pricing and only the best and most attractive projects will happen.”

And what are the “best projects”? In this market, it would be fair to say this adviser is referring to offshore wind where the head of steam continues to build. Bankers love them as they can sign big cheques and bonuses look a little more secure, while the institution basks in reflected ESG virtue.

Last year, I pondered offshore wind developers’ lunatic attempts to hide all financing details on projects – from lending teams through to terms. I had a suspicion that they were trying to obscure the reality that first tier lenders were walking away, being replaced by the second and third tier.

This would send a worrying message to the infra community, but it proved not to be the case… entirely.

Take a look at the IJ database and you will see that a good number of the big players remain at the table… but keep looking down the list and you will see some – how to put it kindly – less-well-known lenders turning up in Sunday Best.

One lender was confident of the first half of this year, but less so about H2. Meanwhile, this one (who clearly studied economics) had it the other way round: “As a countercyclical/defensive sector, it’s not immune to a weakening macro environment and weak GDP/high inflation/higher cost of financing… which is bad all around for returns no matter what you do, so the nerves are there.

“Equally though, the pipeline is pretty stocked with deals looking for capital on our end – so things will probably take longer but I’m bullish on the second half.”

But it’s not all about the greenfield market the M&A teams and infra funds have to eat too.

As one fund manager says: “Capital markets are essentially shut for fundraising. Institutional investors can get sovereign yields at what used to be sub-investment grade pricing, which makes the case for infra debt that much harder on a relative value basis. What we need is inflation under control and rate rise pause… if not cuts.”

While another one adds: “As much as people won’t admit it, discount rates are rising and we estimate by at least 100 basis points. This is driven by the cost of debt – for funds with leverage – investors temporarily waiting for a market correction and fund managers not wanting to underperform… even before they’ve acquired an asset. The result is that the market is of course nervous… and hesitant.”

All this knocks my concerns about stranded assets into a cocked hat as the here and now is sufficiently worrying that we should let the future worry about the future and just keep doing what we can to keep lights on and those awful children next door from getting chilblains.

Bless them… especially the one who terrifies me daily with the battle cry of a demented demon.