Innovation and aspiration marked out Sweden’s Nordion Energi as a winner in the Energy category of the IJGlobal ESG Corporate Transition trophy for 2022.

One judge said of Nordion Energi that it had “ambitious targets” which “make them stand out” and another saying it has “a good transition plan with some innovative elements” while another adds that it has a “diverse set of transactions” lauding it for “aiming to be first gas grid operator in Europe with 100% green gas”. 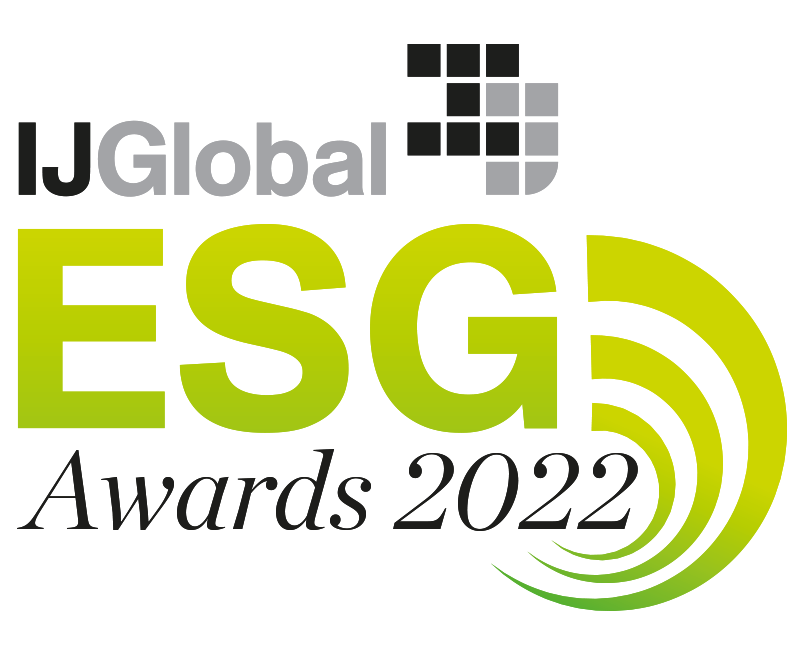 Nordion Energi owns and operates Sweden’s gas transmission network, as well as both gas and electricity distribution networks in southern and western Sweden.

It has set itself a goal to become the first gas grid operator in Europe with 100% green gas, and – to achieve this – it has developed a series of industry-leading initiatives in 3 key areas.

The first area of engagement is hydrogen having launched the Nordic Hydrogen Route in early 2022. This is a partnership between Nordion and Gasgrid Finland to invest in the creation of a hydrogen economy in the Bothnian Bay region and – in the process – save up to 20 million tonnes of CO2e per year and create up to 46,000 new green jobs by 2050.

Nordion is also committing to drive developments in carbon capture and storage (CCS) which includes CinfraCap. This is a unique collaboration that aims to make the Swedish city of Gothenburg the first in the world to create shared infrastructure for the transport, storage, and shipping of liquefied carbon dioxide.

On the biogas front, Nordion has made it possible for an increasing number of its customers to reduce their GHG emissions by increasing the proportion of biogas that flows through its networks, from less than 5% of all gas distributed in 2016 to 34% in 2021.

Nordion is also part of an innovative project planning a liquefaction plant at the Port of Gothenburg, for conversion of biogas from the gas network into liquid biogas (LBG). The final investment decision will be made in 2023 and the plant will be the first of its kind to be directly connected to the western Swedish gas network.

These initiatives are all part of Nordion’s strategic positioning as the go-to partner when it comes to Sweden’s transition to a fossil-free energy system.

Nordion in early 2022 partnered with Gasgrid Finland (the Finnish gas TSO) to launch the Nordic Hydrogen Route – a pioneering cross-border infrastructure initiative that aims to accelerate the creation of a hydrogen economy in the Bothnian Bay region.

The Bothnian Bay forms the northernmost part of the Baltic Sea, where the borders of Sweden and Finland meet. There is currently no major gas network infrastructure in the area. However, there is enormous potential for the production of green hydrogen using up to 48GW of wind power capacity in the bay, and distribution of that hydrogen as a fuel and feedstock to new and existing businesses on both sides of the border.

Nordic Hydrogen Route aims to unlock this potential with 65TWh of hydrogen demand expected annually for the Bothnian Bay region by 2050.

With Nordic Hydrogen Route, Nordion and Gasgrid Finland seek to develop a 1,000km network of new, dedicated hydrogen pipelines, which would transport hydrogen from producers to consumers, ensuring they have access to an open, reliable, and safe hydrogen market.

The infrastructure will connect customers such as hydrogen and e-fuels producers with steelmakers, fertiliser companies and other industries interested to develop new products and decarbonise their operations.

Nordic Hydrogen Route could facilitate emissions savings of up to 20 million tonnes of CO2e per year by 2050, representing around 20% of the current combined annual emissions of Finland and Sweden. In the process, 25,000 new jobs could be created by 2030 and 46,000 by 2040 – many of them technical and highly skilled.

The initiative will require an investment of around €3.5 billion, offering hydrogen transportation at around €0.1-0.2/kg.

The pipeline could also enable investments of 10x this amount (€37 billion) in wind power and electrolysis, in addition to other investments along the hydrogen value chains.

The Nordic Hydrogen Route was officially launched in 2022 with the Minister for Energy and Digital Development of Sweden and the Minister of Economic Affairs of Finland.

The first sections of the pipeline network are expected to be operational by 2030. By 2040, Nordic Hydrogen Route aims to link to a wider European hydrogen infrastructure, enabling exports of excess hydrogen production to other parts of the continent.

CinfraCap is a unique collaboration between Nordion and Göteborg Energi, Preem, St1, Renova, and the Port of Gothenburg.

The project aims to make the Swedish city of Gothenburg the first in the world to create shared infrastructure for the transport, storage, and shipping of liquefied carbon dioxide, obtained using CCS technology on an industrial scale.

CinfraCap was launched in 2020. Initial studies showed that the Port of Gothenburg could play a crucial part in transporting carbon dioxide captured from across Sweden to undersea storage.

In December 2021, CinfraCap received funding from the Industriklivet climate initiative at the Swedish Energy Agency to proceed to phase II.

Nordion is sub-project manager for this phase, together with Göteborg Energi, the 2 potential owners and managers of the CinfraCap infrastructure.

An in-depth feasibility study began in early 2022, aiming to estimate charges for the use of the various infrastructure facilities such as pipe transport, a liquefaction plant and intermediate storage, and to develop a workable business model for CinfraCap.

CinfraCap could help reduce Sweden’s CO2 emissions by two million tonnes/year, corresponding to about 75% of all emissions from domestic transport in the Västra Götaland region, or about 4% of Sweden’s total emissions.

Once in place, the aim is for the infrastructure to be an open-access system, expanding its user base to other businesses in the area and increasing the potential CO2 savings.

CinfraCap will complement a number of other R&D projects in the region, including Northern Lights, a full-scale carbon dioxide repository project off the west coast of Norway.

It is also hoped that similar initiatives will be inspired in other parts of the country. A further consortium in which Nordion Energi is participating has already been established in Skåne and Småland in southern Sweden. 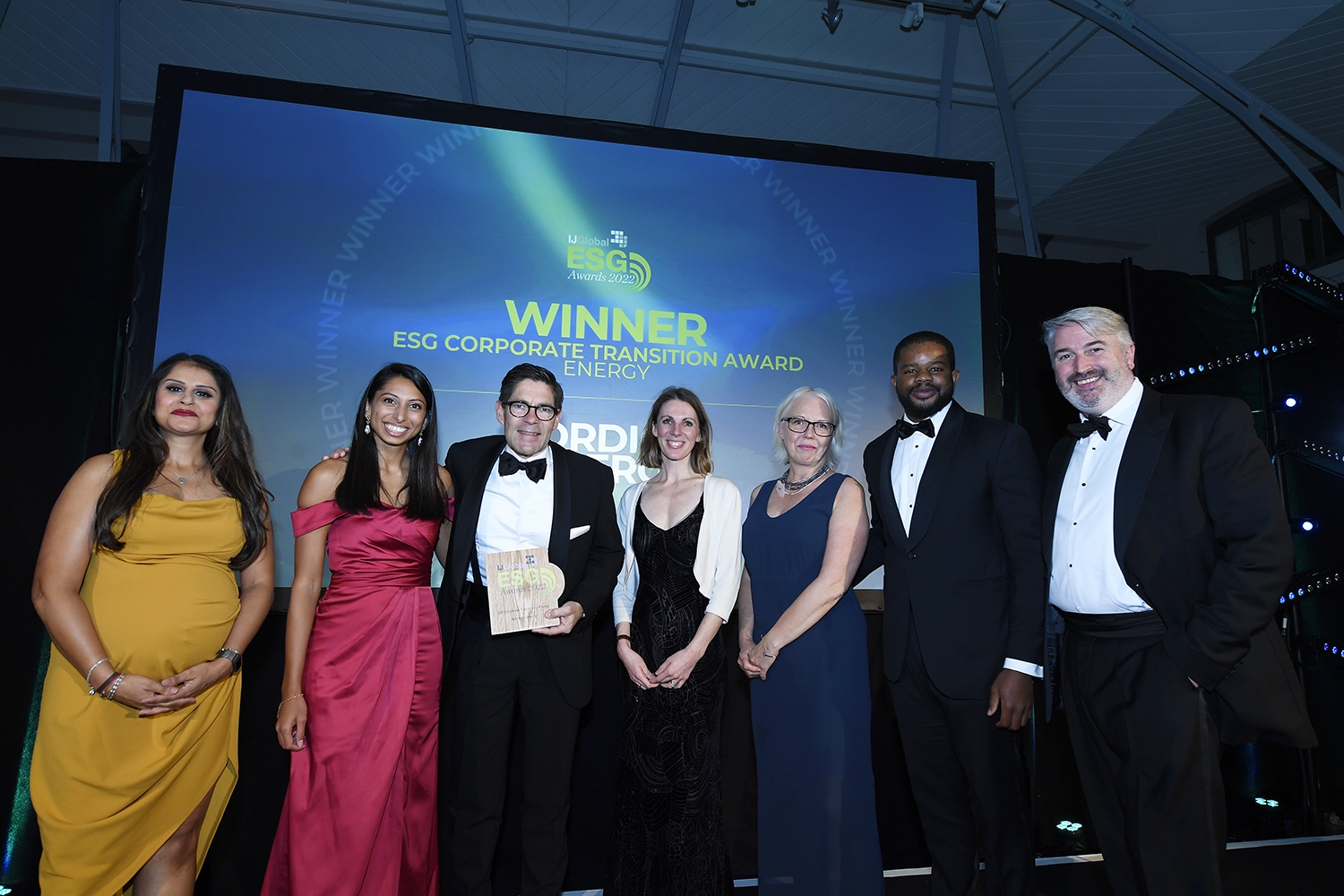