In a flagrant display of self promotion, the Infra Dig podcast interviews the winner of one of last year’s IJGlobal ESG Awards… to ramp up publicity for this year’s event which is currently receiving submissions.

IJGlobal editorial director Angus Leslie Melville speaks to Nicholas Beatty, founding director of Zenobē Energy Limited, about his company’s success as winner of the ESG Infrastructure Deal of the Year 2021.

Zenobē won the award for its landmark £150 million ($130.8m FX Apr 21) equity raise from Infracapital to accelerate investment into battery storage and bus fleet electrification in the UK and international markets where it operates.

The independent panel of judges (all IJGlobal awards are judged this way making them what we believe to be the most peer-review awards in the infra/energy sector) singled out Project Blaise (as the investment is known internally) for having “provided battery solutions that enable transport systems to clean up their emissions to the benefit of the environments in which they operate”.

Another judge said of Project Blaise: “This project encourages the use of second-life batteries, so further extracting long-term environmental benefits.”

In this latest podcast, Nicholas gives a run-down on how Zenobē Energy was formed, the service it provides, its international expansion and plans for the future, and hints at future fundraising and new markets being investigated.

Zenobē launched in 2016, but cropped up on most radar screens in 2017. By the end of this year (2022) it will have 200MWh of batteries connected to the grid as well as around 600 buses in service around the UK, Australia and New Zealand.

“Before we came along, there were a lot of people who were providing different parts of the solution,” says Nicholas.

“To give you an example, the software which is connected into the telematics on the bus – which gives us the ability to help operators drive efficiencies out of the use of their vehicles – you could go and buy telematics from existing telematics providers who are providing that service on the diesels. They have been adapting what they can provide for the electric vehicles.

“You could go and buy that and that would be a discreet piece of software which might provide some of what we provide, but nowhere near the amount of information that we provide. 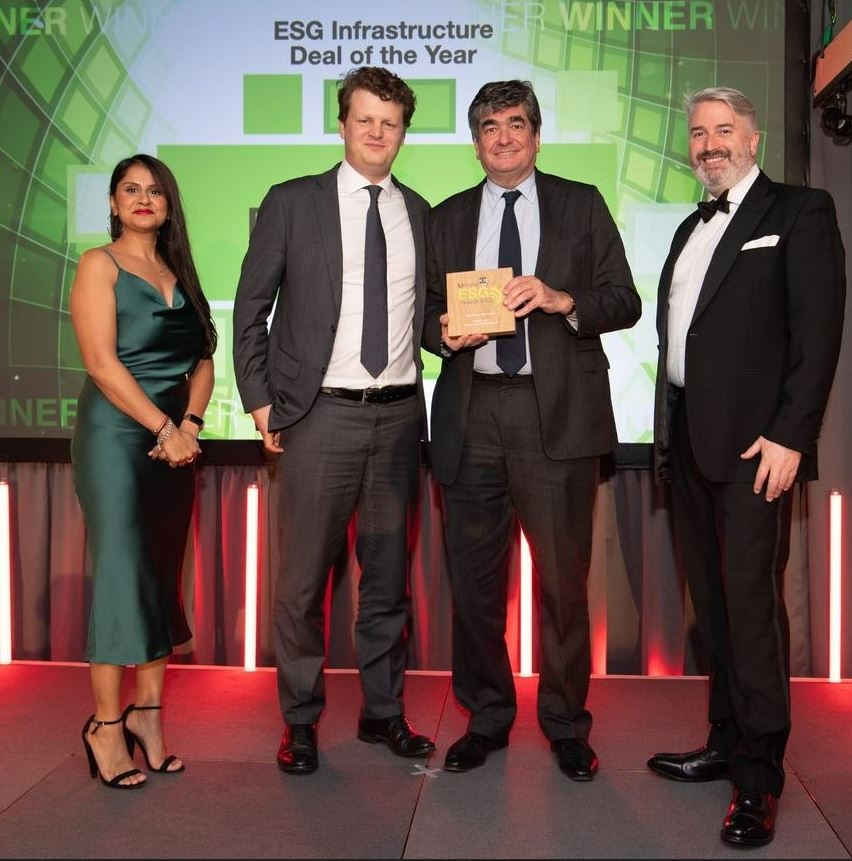 “Equally, if you were looking at putting charging infrastructure into your depot, you could go to one of the large DNO service arms – Scottish & Southern, or somebody like that – who could come in and put all the cabling in and charge you for that… and you may purchase the chargers from a third party.

“What we have aimed to do is to bring that all together as a turnkey offering so that we can provide to the customer what we feel is an optimum solution.

“It also means that the customer has only the one person to deal with. The problem you have if you are trying to operate a service that has to be at 98% plus performance. If there is a problem and the vehicles are not charged properly, and they can’t do the routes the next day… the turnkey solution is very effective because you’ve only got the one throat to choke!”

In far-ranging discussion Nicholas – pictured with colleague Tim Boothman and IJGlobal editor Ila Patel at last year’s ESG Awards – delves into Zenobē’s growing presence in the Netherlands, Australia and New Zealand as well as plans to seek opportunities in the US. He rounds off the discussion with some cryptic mentions of fundraising for the next bout of investments.