Our judges identified the Development Bank of Southern Africa (DBSA) as the winner of the Sub-Saharan Africa category, recognising the DFI for its issuance of its first ever €200 million green bond to target climate mitigation, adaptation, or indeed both

Due to the spread of submissions and their nature, the independent panel of judges for IJGlobal ESG Awards 2021 elected to create a category to recognise developments across the Asia Pacific region together with Africa.

After some deliberation, the judges have identified the Development Bank of Southern Africa (DBSA) as the winner for the developing but exciting region, recognising it for the key role it played in the February (2021) issuance of a €200 million green bond to target climate mitigation, adaptation, or both.

The green bond – DBSA’s first ever – was issued through a private placement with French development finance institution Agence Française de Développement (AFD) and was structured in alignment with the DBSA's Green Bond Framework which reiterates the lender's commitment to playing a role in the transition to a low carbon economy. The framework is aligned with the International Capital Market Association (ICMA) Green Bond Principles. 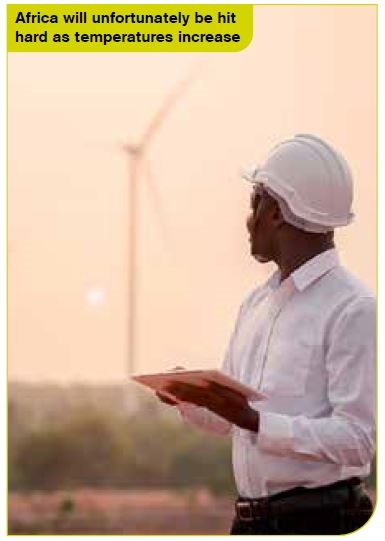 Furthermore, both the DBSA and the AFD are members of the International Development Finance Club (IDFC), a club of DFIs – national, regional, and international – from around the world. These members work together on the United Nations Sustainable Development Goals (SDGs) and the precepts of the Paris Agreement – it was through this IDFC network that both DBSA and the AFD came together on the €200 million bond.

The bond – also the first time a South African issuer has issued bonds in Euroclear France – are governed by French law.

The proceeds of the issue of the bond are being applied to projects that contribute to climate mitigation and/or adaptation, that are aligned to the South Africa's National Development Plan's (NDP) objective of an "environmentally sustainable and equitable transition to a low carbon economy" and that are also aligned with the UN SDGs and with the IDFC’s own methodologies for mitigation and adaptation.

In particular, eligible projects will include projects in solar energy, wind power and water management. Ever since the February bond issuance, the South African government kicked bid window 5 of its Renewable Energy Independent Power Producer Procurement Programme (REI4P), for which winners are expected to be named before the end of October (2021), according to energy minister Gwede Mantashe. DBSA has supported the project financing of previous REI4P rounds.

One judge pointed to “lots of firsts in this transaction”, adding that it was “difficult not to applaud the channelling of such extensive investment into affordable and clean energy in South Africa”. One of the same mind added: “It is right and proper that development banks take the lead in ESG and set an example for others to follow.”

Another judge pointed out that this transaction warranted the “sustainable finance label” and was a first of its kind, addressing environmental and social issues.

The judge added it was a “very impactful contribution to emerging market economies” and that “the active involvement of two African financial institutions” put them ahead of other submission “thanks to wider reach and impact”.

Yet another says: “The bonds have been structured in alignment with the DBSA's recently released Green Bond Framework which reiterates the DBSA's commitment to playing a role in the just transition to a low carbon economy; this is the first green bond issuance by DBSA and the first time a South African issuer issues bonds in Euroclear France.”

Finally, the judging comments were rounded off by: “The recent green bonds framework is adding requirements to projects that provide a good steer towards an evolving planet temperature. Africa will unfortunately be hit hard as temperatures increase and it's not only about renewables for power, we all need to invest in climate mitigation and adaptation measures as required in this bond framework.”