Attendees at our recent IJLatAm 2021 conference – a hybrid event, and one we sorely hope to be the last affected by international travel restrictions – received an insight into Brazil’s ambitious pipeline of infrastructure PPPs that continues to advance at breakneck speed. 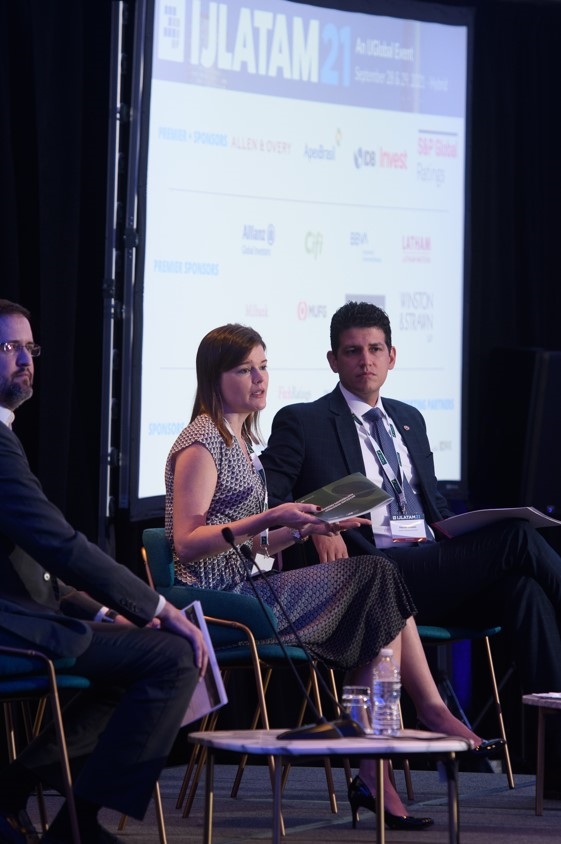 Brazil is the fifth-largest country in the world, the largest consumer market in Latin America, and investment in its infrastructure has lagged behind, meaning it has huge inherent potential. To 'level up' infrastructure in a country as vast and varied as Brazil using only the resources of the federal treasury would be likening it to painting the Forth Bridge on a herculean scale. As such, the current government is now turning to the financing capabilities of the private sector, jumping headfirst into a PPP programme of mind-boggling proportions.

As Marcelo Sampaio (Executive Secretary at the Brazilian Ministry of Infrastructure, pictured far right) told delegates at IJLatAm: “We are here to say that after decades of under-investment in Brazil, especially in transport infrastructure, we need to catch up.”

The infrastructure pipeline so far

Since President Jair Bolsonaro came to office in 2019, Brazil has held 113 infrastructure auctions – and counting – through the PPI programme. That equated to a combined investment of over $110 billion, plus $25 billion of fees and upfront payments to the government.

This is just a drop in the ocean – Brazil’s sanitation sector alone faces a $150 billion funding gap for the country to reach its target of almost universal sanitation coverage within 12 years. That’s where the PPI pipeline comes in – $110 billion may not be enough to cover the infrastructure needs of a vast emerging market, but the government is only just getting started. At IJLATAM, representatives of the Brazilian PPI office discussed auctions set for the following assets – all of them by the end of Q4 2021:

PPI expects to auction at least another 126 assets – with investment of another $67 billion – in 2022. This will include several landmark privatisations, such as the privatisation of the Port of Santos – the largest port in Latin America with the potential to become the largest in the southern hemisphere. It will also see a new wave of airport concessions, including Congonhas (São Paulo) and Santos Dumont (Rio de Janeiro), which together make up the sixth busiest air corridor in the world.

Sampaio told delegates that greater private involvement is key to Brazil’s long-term economic aims. “The private sector brings us technology, skills, ability, capacity, and access to financing. When we add this with competition, with market forces, it will help us realise our objectives.”

“I can’t stress enough that the Brazilian government knows we are in a competition for expertise, equipment, technology, capital with every other country in the world,” Sampaio told IJLatAm. “So Brazil’s commitment to following a fair and transparent process, to a large pipeline of projects and the ability to balance risk and returns is important.”

Brazil is also beginning to turn its attention to other areas where the private sector might be able to plug long-standing gaps in the country’s infrastructure. Brazil’s runaway success in sanitation auctions would not have occurred without a new sanitation law (passed in 2020) which allowed state governments to decouple sanitation services from SOEs and bring in greater involvement from the private sector. The country’s new rail authorisation law aims to repeat a similar playbook in the transport sector, allowing private companies to develop railways without the need for a concession – a change which has already seen the infrastructure ministry receive 19 proposals for new railways with potential investments of over R$80 billion.

But the potential is there to expand the map even further, even if only in embryonic form. IJLatAm delegates heard about some of Brazil’s pilot programmes for social infrastructure – developed at the state level and supported by PPI, which will monitor the programmes to see whether they have potential to be replicated nationwide. Ones to watch include the Hospital da Criança in São Paulo, early education in Piauí, or prisons in Santa Catarina.

Brazil has a track record of successful PPPs but President Bolsonaro is seeking an infrastructure revolution, the likes of which have never been seen before. Viva a 'infrastructure' revolução!