Poorly developed digital infrastructure across Latin America and the Caribbean (LAC) serves as a major impediment to economic development in the region, according to speakers at the IJLatAm 2021 conference hosted this week in New York.

Delegates at the IJGlobal conference – many of whom attended in person, but with many more joining online – heard that LAC is lagging the field on the digital infrastructure (DI) investment, which runs contrary to recommendations from the OECD and bodes ill according to respondents to the Global Digital Infrastructure Survey 2021. 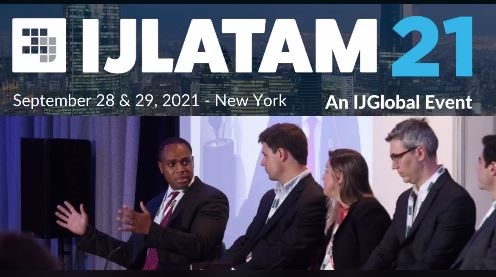 The LAC region invests 4x less in digital infrastructure than other OECD countries (OECD, 2020) which will act against its intentions to drive modernization and economic growth.

The Inter-American Development Bank (IDB) points out that digitizing public service such as electricity and water alone could add 5.7% GDP growth in LAC over the next 10 years (IDB, 2020).

The private sector concurs that digital infra is a must for any country. A total of 62% of the executives surveyed in Global Digital Infrastructure Survey 2021 – run by IJGlobal and M&E Global in partnership with Allen & Overy and Digital Bridge – believe countries that fail to deploy digital infra will fall behind short-term. Meanwhile, a further 60% maintain that countries will lose competitiveness should they opt not to invest in digital infra.

These findings are all the more important given that the potential positive impact of digital transformation on LAC countries could be greater than elsewhere. LAC´s competitiveness has thus far largely been built on abundant natural resources and cheap labour… not productivity.

There are many reasons for lack of commitment to investment in digital infrastructure in regions like Latin America and the Caribbean, but key among these is lack of confidence in the political environment.

According to the IJGlobal / M&E Global survey earlier this summer, the single largest hindrances to investments in digital infra in any market are complex bureaucracy, corruption and regulations.

More than 75% of respondents to the Digital Infrastructure Survey 2021 believe that government and regulations constitute the greatest obstacle to developing digital infra.

This may ring a bell for people seeking to drive developments in Brazil which – while being one the most attractive countries in the region for investments – ranks second to China for complexity of financial compliance.

The result of such complexity can be seen in lagging investment activity across the region. While venture capital made up 0.62% of GDP in the US, in LAC it was only 0.09% in 2019 (Nearshore Americas, 2021).

Sluggish governments are only a part of the stack of hindrances to digital transformation. The lack of a coordinated VAT regime among LAC countries is a bigger problem than is commonly thought.

Many LAC states derive a large part of their income from VAT and the absence of VAT uniformity across borders hinders e-commerce which the EU calculates could contribute 3% to GDP (EU Research, 2017).

Most LAC countries have enacted digital programmes, but many may be on paper if foreign direct investment does not pick up.

The OECD has identified 6 areas of digital transformation and rated each LAC country´s progress in implementation: access and use of internet/broadband, communication infrastructure, future of work (skilled labor), digital government, digital economy and regional integration (OECD, 2019).

Argentina, Brazil, Chile, Colombia and Paraguay appear to making the best progress across all areas, while El Salvador trails in most. Meanwhile, the Covid-19 crisis has delayed or halted many efforts across the region.