Talking to people around the market this week puts one in mind of idle moments trawling through Facebook, pausing to watch videos of kind-hearted individuals desperately trying to lure a flea-bitten dog into a cage so they can find that forever home.

Curiously, right now it feels pretty much like that in work.

Having been in central London a couple of times this week as the Great 2021 Office Return gathers pace, the old gripes return as we don commuter cloaks – matching mask, of course – to stand shoulder-to-shoulder with fellow travellers on the quest to earn a crust. 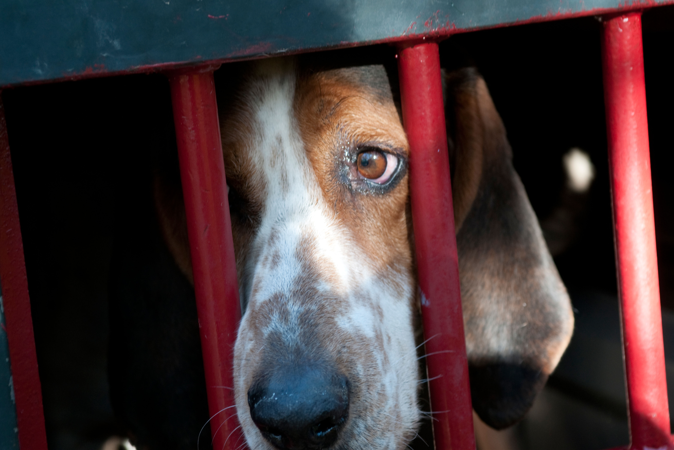 As has been noticed by everyone who has braved the commute this week, London’s picking up pace and – now that schools have gone back – a lot more (socially-distanced) seats are being filled in previously deserted offices.

However, not everyone’s rushing back to the office… leaving companies in that awkward position of wanting to be “the nice guys” and not forcing folk to return, but also wanting to see what they’re paying for – which seems fair.

Company responses vary dramatically from the liberal end of the scale where IJGlobal’s parent company – Euromoney Institutional Investor – can be found, letting staff find their comfort zone between home and office working.

But then, we’re journalists and as a particularly crotchety old editor said when I complained about the office: “If they could file copy from a tin shack in Beirut, you can manage just fine from here!”

It’s not quite the same kettle of kippers for those who actually deliver, finance and advise on infra and energy across the world and while a publishing house’s “find your own comfort zone” is just dandy for us… that doesn’t necessarily translate across the board.

In chats this week, there does seem to be a trend towards agreeing 3 days in the office. But not everyone’s singing from that hymn sheet.

Some want a full return to 5 days in the office – like it or lump it. One source at a boutique infra/energy advisory firm who is very much of that mind points to the deployment of an age-old incentive: “We offer them a salary every month!”

Meanwhile, an old chum in private equity in the US puts it a lot more firmly: “You have no idea what nonsense we are dealing with trying to get these people back in. They are literally taking the piss out of us and using Covid as an excuse… but in their free time they are travelling and doing anything BUT isolating themselves.”

The US seems to be a bit more bullish than here in the UK with some companies starting to mandate that staff return to the office fully vaccinated… or you’re fired. My, that’s feisty… and probably illegal here!

As the US PE source sums up: “The reality is, those who don’t start showing up will be, well… out of sight, out of mind… and that will undoubtedly affect their career progression.”

And there’s a word of advice many would do well to heed. Presenteeism for presenteeism’s sake is all a bit unnecessary… but making yourself irrelevant by never being seen, that’s career suicide.

Two ends of the scale

Earlier this week I sent out a straw poll over WhatsApp to a host of people working across different elements of the infra/energy space to gauge office return policies.

This unearthed a slew of different approaches with many taking a softly-softly approach to luring juniors (and let’s be fair some senior folk too) into the offices (some for the first time) with blatant bribes… that they would hate to have viewed in that light, but it’s hard to interpret them any other way.

Word reaches this despairing infra hack of law firms laying on lunchtime banquets to coax the most junior team members out of their bedrooms. Another legal leader this week gave all members of staff £25 to spend locally on lunch as a “thank you” for coming back. I am reliably informed that “thank you” was not presented in a brown paper bag.

Meanwhile one well-known European lender takes the passive aggressive prize for giving all staff new laptop bags… subtle. While I’m sure they would argue against it, there’s a pretty strong message there to pack up your work stuff and get back into the office.

Another source at an infra debt fund in London says: “I hear the ‘oh look at me at work, how wonderful it is’ senior exec routine – from the protection of a glass office – is quite prevalent in the City at the moment.”

Yet another world-weary source says: “We’re opting more for the ‘what do you as employees want to do?’ and proposing that the previous 5 days a week in the office may not be the way forward, albeit this is linked to a global strategy of reducing real estate and therefore saving some money. This aside, branded reusable water bottles, coffee cups and the like are now available for those returning…”

And the bribes keep rolling in fit to give A Man for All Seasons cause to shudder: “We got some free cakes and biscuits. However, on closer inspection the biscuits were the ones from the meeting room floor that were going out of date. So it was just cakes.”

The message is being delivered gently in one outfit: “We had a back to office day today with a lunch and drinks, however there is a more direct message which is to be expected to be in 2 days a week minimum, so the messaging is hardening.”

Another infra group launched its hybrid plan this week with changes afoot for next week: “Monday is the new dawn when we will be asked to come into the office 2-3 days a week. The perks bag to lure people back looks more like a ‘bummer bag’. Normal business attire, i.e. no pyjamas like when working from home, but chinos are allowed; no social distancing measures, but face coverings must be worn if someone is sitting in front of you… despite 4 PC screen in between.”

The incentives range in delights from Pizza Wednesdays to complete business casual – except for client meetings – and in once case a £5,000 coffee machine. Another company has installed a wine/beer fridge to coax in the final few laggards.

And how can they resist the lure of air conditioning, a free and abundant supply of face masks, as much hand sanitizer as you could ever want to douse yourself with, and those water cooler moments that make our lives complete!

Blimey. What happened to the notion of you’re lucky to have a job? Maybe I’m just some crazy throw-back who has already started coming in to work 2 days each week with plans to be out of the office for much of that time… which might mean it will end up being 3 days, because you have to spend time with the team… and next thing you know, we’re back to 5 days and this is all just a distant memory.