The IJGlobal MLA of the Year Award is one of the most hotly-contested prizes to be presented each year, requiring significant international financial closes in the previous calendar year to impress the independent judging panels.

Societe Generale achieved this by winning in Asia Pacific as well as Europe which – combined with scoring well with other regional judging panels – led to it picking up the Global MLA of the Year Award for 2020.

To cap off its achievement, SG was also named African financial adviser of the year.

At the European judging session, established industry professionals admired its “broad range of transactions, in particular in renewable energy” while also singling out the French bank for being “impressively active in digital infra and displaying a level of involvement that comes across as a true MLA leader”.

One judge at the European session lauded the “significant roles it played” with another adding that Societe Generale had been involved in a “good selection of large-scale renewables and fibre transactions, delivering large transactions in emerging sectors”.

Meanwhile on the APAC judging team, one panellist was “impressed by the diversity of their portfolio” recognising the lender for being involved in “Taiwan’s first floating solar and the massive Ichthys LNG and Roy Hill iron mine refinancings” while also driving on “Taiwan’s offshore wind market and India’s solar portfolio financing market”.

While recognising an exceptional 2020, Federico Turegano – Societe Generale Global Head of Natural Resources and Infrastructure – says: “There is huge pride for what the teams have achieved in 2020.

“The awards you have bestowed on us are very flattering. The amount of work we were able to achieve for our clients while working from home – dividing time between work and family and pandemic worries – has been mind-boggling.

“It was a spectacular year for the business as far as advancing the topics of renewable energy and transition to clean energies in several markets, but also on the human side. I am deeply impressed and grateful for what was delivered in 2020 under extremely difficult circumstances.”

However, it is the future that preoccupies Federico. His view of the market is heavily influenced by market shifts of recent years alongside climate announcements that are driving ESG and alternative energy up the agenda.

“All eyes are turned to where we go from here and how we accelerate energy transition alongside climate change and sustainability,” says Federico. “This is a question being discussed right now – across every industry and sector including clients, journalists as well as my senior management – and all eyes are focused on the next few years when significant developments are going to have to be achieved globally by the industry as a whole.” 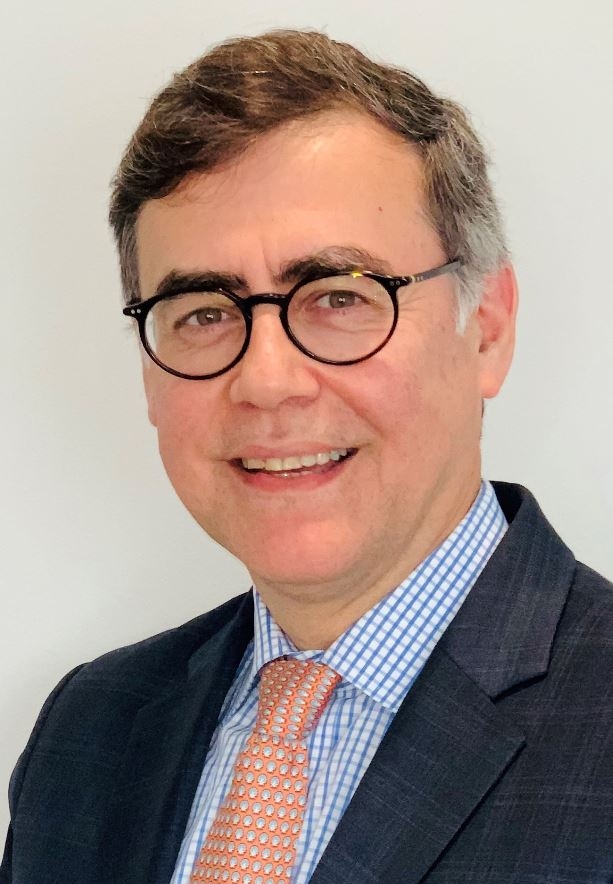 For Federico (pictured left) – and the wider infrastructure / energy market at large – this decade will prove pivotal if global environmental targets set for 2040 and 2050 are to be achieved.

“This is the most critical decade for sustainable finance and renewable energy. If you look at the recent IEA paper, it estimates that as much as 50% of the technologies that will be applied to save the planet are either in prototype development right now… or don’t exist,” he says.

“So this decade is going to be fundamental and 2021 and 2022 will represent for Societe Generale an acceleration across all energy topics involved in energy transition. That includes renewable energy, hydrogen, digitalisation and the greening of all industries – whether that be oil and gas, metals and mining… you name it.

“We are looking at projects in green steel, attaching wind farms and solar parks to mines, while also looking at renewable energy technologies that are not quite ready for prime time – hydrogen and carbon capture.

“This year will witness an acceleration of everything we have done over the last few years. The pace is going to pick up and there’s no going back.”

Point of no return

This sentiment is reflected in IJGlobal readership where currently the single most searched word on the website is “hydrogen”… even though all accept it is still at fledgling stage. However, in infra/energy, change can be blisteringly fast.

As Federico points out, when oil prices last May crashed and briefly even entered negative territory, this would traditionally have brought renewable energy developments to a grinding halt, but that did not happen.

“I think we have reached a turning point where there is no going back on the mindset,” says Federico. “And that is just as true with the consumer as it is with the generating sponsors involved in transitioning the electricity mix.

“This is exciting. We have taken an irreversible step in the right direction and the only way to go now is the same direction – and faster.”

This is a sentiment that has spread through the teams that Federico leads at Societe Generale.

“For the oil and gas teams, they know the gas pipelines that today transport natural gas in one direction will continue to be useful when some day they may transport hydrogen, and why not some day CO2 the other way so they can be re-injected under carbon capture structures,” he says.

“It is not a case of this or that team becoming an endangered species. On the contrary, they are already thinking about how to integrate an ESG roadmap into everything they do. And that’s exciting. We plan to be right there alongside the sectors we follow as they reinvent themselves.”

As to where business will be driven, Federico highlights that 70-80% of the energy transition budget is expected to be deployed in Asia.

“We have financed renewable energy projects in something like 35 countries. Four or five years ago, we were probably at 25,” says Federico. “We are opening several new markets every year that are getting their feet wet – whether that’s floating solar in Indonesia and Taiwan, or offshore wind in Vietnam.

“We are seeing markets that have not historically been involved in renewables embracing alternatives. For Societe Generale, Asia is a huge priority.”

But that is far from being the only growth region for SG. Federico adds: “In North America we are seeing a significant volume of activity around renewables, including offshore transactions.”

But the conversation keeps turning back to hydrogen where there is “plenty of dialogue going on”.

Federico says: “This time around, there is recognition that hydrogen is here to stay. Some of us are old enough to have seen hydrogen a few decades ago, but this time it’s taking off – even if we don’t yet know how it will evolve.

“Look at the renewables market less than a decade ago. All we talked about was how we couldn’t wait until we could attach industrial scale batteries to wind farms so they can supply energy when the wind isn’t blowing.”

Hydrogen, Federico believes, is reaching a comparable juncture and that with the entire community backing the likes of hydrogen and carbon capture, commercial viability is far closer than some may think.

As for a final message to the market, Federico encourages people across the sector to be ready to “embrace complexity”, because it’s coming like a run-away train.

“In the energy transition in years to come, we are unlikely to have a single magic bullet,” he says. “For example, in the United States in the first decade of this century, natural gas was critical in materially reducing emissions from the power sector as it switched away from coal.

“In the second decade, we have seen massive deployment of renewable energy globally and this now has sufficient momentum that it will (and must) keep going on its own.

“My sentiment is that there will be no single magic bullet, rather a host of technologies of varying and increasing complexity that will provide the solutions we need across multiple markets. And we’re all going to have to be ready to move with the times.

“Complexity and pragmatism will rule the way going forward.”