The refinancing of EnfraGen’s existing asset-level debt for its project companies in Chile, Colombia and Panama represented a landmark multi-jurisdictional transaction for Latin America due to the sheer size and complexity of it.

The financing also represented the largest debt deal in the power sector in the region which will allow for future acquisitions of operating assets.

EnfraGen – a developer, owner, and operator of grid stability and renewable energy infrastructure businesses in Latin America – is jointly controlled by Glenfarne Group (50%) and Partners Group (50%), with operational and in-construction assets totalling over 1.8GW of installed capacity.

The deal was submitted numerous times in the refinance category and warrants special recognition not just for the refinancing, but for EnfraGen’s mission to support zero-carbon emission electric grids, while stabilising electricity pricing and access in Colombia, Chile, and Panama, delivering both environmental and social benefits. 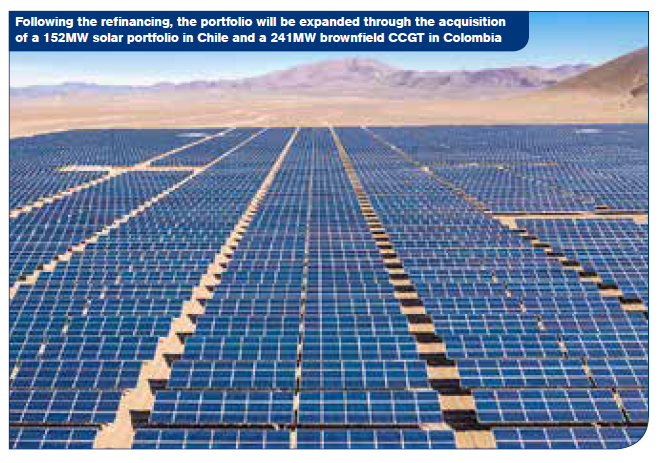 When discussing the company awards with IJGlobal’s independent panel of judges, this transaction was highlighted on numerous occasions as part of company submissions with many commenting that they “wished they’d had the opportunity to work on such a complex, multi-jurisdictional transaction”.

It also marks EnfraGen’s largest financing to date and official debut in the capital markets, allowing the sponsor to meet short to medium term objectives of refinancing its entire portfolio and further support its growth strategy in Latin America.

The banks and their roles were:

JP Morgan and Scotiabank also acted as global coordinators on the senior secured notes. BNY Mellon was mandated as trustee, registrar, and paying agent for the bonds, as well as offshore collateral agent and account bank for the entirety of the issued debt.

The 144A/RegS project bonds were the first in the market to be done in parallel to a bank financing which required extensive coordination across multiple business lines.

Assets owned by EnfraGen are:

Following the refinancing, the portfolio will be expanded through the acquisition of a 152MW solar portfolio in Chile and a 241MW brownfield CCGT in Colombia.

The cash flows for the portfolio are secured by stable capacity payments from regulators in Chile and Colombia and from PPAs with local utilities in Panama.

In Colombia, the company expects to earn energy revenues during times of low hydrology which peak during El Nino cycles. Efficient preparation and coordination allowed the sponsors to take advantage of the strong credit market conditions after the US elections and promising developments after the roll-out of the Covid-19 vaccine.