Wavemaster Horizon is a deal that brings to mind Dublin Convention Centre PPP of 2007 vintage. Now, those of you who know Wavemaster are likely wondering how on earth a rather drab Irish deal (that got into a spot of bother a few years back, losing quite a few folk quite a lot of money) is in any way similar to a shipping finance deal.

Well, it’s not so much the convention centre itself but the fact that it won the IJGlobal European Infrastructure Award for 2007 while I furiously championed a far more interesting deal that had all the hallmarks of a winner – the UK MoD Future Provision of Marine Services (FPMS) PFI, which sources tell me is performing nicely to this day.

When announcing the European shortlist from the podium at London’s Natural History Museum in March 2008 (fortunately people paid for tables before reality landed with a crash) a cheer went up for FPMS. Agreeing with the sentiment, I had then to announce the damp squib that was the convention centre.

FPMS was a particularly interesting transaction that involved a fleet of some 110 vessels, procurement of 31 new vessels, and marine support at major UK naval bases in Portsmouth, Devonport and The Clyde. The key part of the deal was that the lenders’ risk rested on the residual value of the assets at the end of the contract. 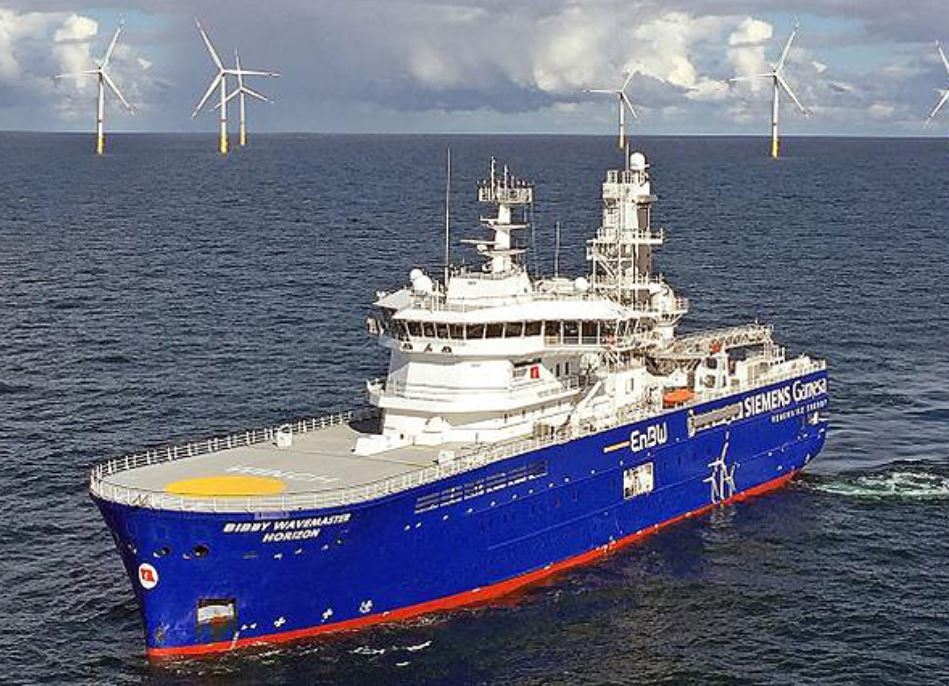 And so to Wavemaster Horizon, this is a ship finance deal that’s been on our radar for some time since discussing it over a pint with an old chum at a time when that was a far simpler affair. Now an infra purist might pet lip at this deal winning such accolade. I agree it dwells in the realms of core plus… but it’s terribly interesting and no mean feat to have brought to financial close.

Bibby Marine – via its subsidiary Wavemaster Horizon Ltd (WM2Ltd) – entered into a €40 million ($48m) shipbuilding contract with BV Sheepswerf Damen Gorinchem for a service operations vessel (SOV). The vessel was built at the Damen Galati shipyard in Romania and was delivered in autumn 2019.

Horizon is a new class of purpose-built SOV with walk-to-work (W2W) capability developed by Damen in consultation with the offshore renewable energy industry and designed to meet the increasing demand for vessels capable of operating in ever further off-shore locations.

Bibby entered into a 10 plus 5-year charter party with Siemens Gamesa Renewable Energy (SGRE). It will use the vessel to meet service obligations on the Hohe See and Albatros offshore wind farms some 145km and 150km from the German coastline.

Hohe See and Albatros are co-owned by majority shareholder Energie Baden- Württemberg (EnBW) with 50.1%, alongside Enbridge with 25.4% and Canada Pension Plan Investment Board on 24.5%. The wind farms operate with 77x SWT-7.0 154 turbines supplied by Siemens Gamesa, providing electricity to some 710,000 households. WM2 is the only vessel servicing these assets.

The refinancing was achieved via a sale and leaseback whereby a CAM-owned SPC – Centrus Marine One (CM1) – raised fixed-rate finance to acquire the vessel from Bibby comprising: 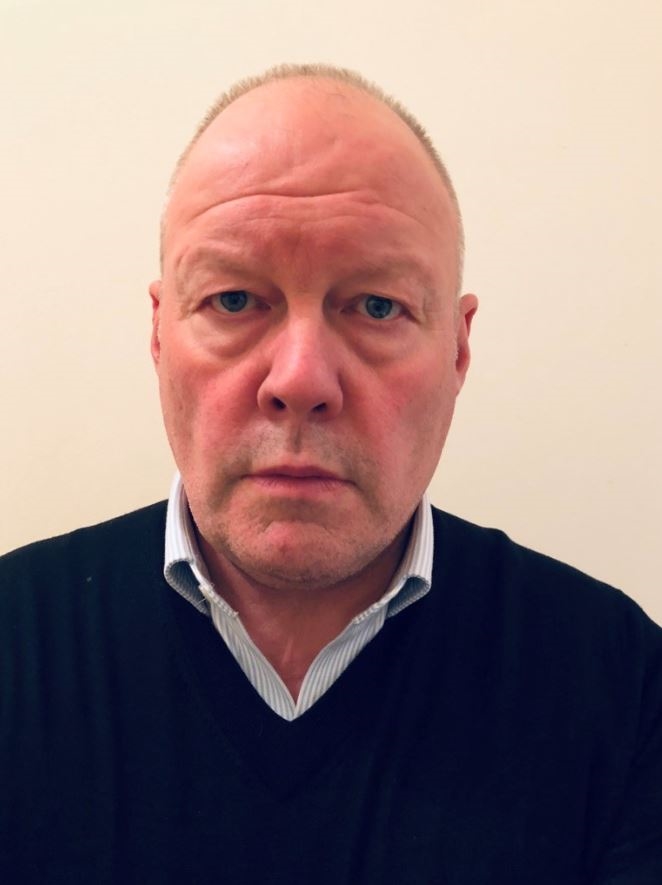 This was essentially stretch infrastructure financed using hybrid project/asset finance techniques, and the transaction stands out due to its unusual capital structure which employs a combination of bank and bond finance (with embedded derivatives courtesy of Peter Rowe) to provide 100% debt finance secured against the vessel and charter party revenues.

The structure was conceived and structured by Centrus’ Hayes (pictured right), Rowe and Sutton at CAM with legal support from Greenberg Traurig’s Graeme McLellan and Richard Hughes.

Meanwhile, the Edmond de Rothschild team was led by Jean-Francis Dusch with central roles played by Gurjit Orjela and Robbie McColl with legal support from Richard Smith at WFW in London.

A word from those who do

At IJGlobal we are only too happy to raise a glass to a deal of such significance, hopefully cleansing the palate from the memory of a certain Irish convention centre.

Centrus managing director Chris Hayes said: “Peter and I are delighted with this award which reflects the hard work and innovation that went into the Horizon deal and we’d like to thank the team at IJGlobal for the recognition.

“From the outset, old shipping and infrastructure lags told us that 100% debt financing ‘for a ship’ wasn’t possible, but Horizon isn’t any old ship and I realised this when we started to receive fan mail from German ship spotters! We try to reply to them all.

“Around us, we see that the UK and northern Europe is going through a period of energy transformation and offshore wind is playing a key role in this process. Deep offshore wind turbines do not maintain themselves, however. This is done by brave men and women who leave their families for weeks at a time to crew vessels like Horizon. To have played some part in that process has been an honour.”

Chris continues: “I don’t want to say too much about the capital structure, but this was probably one of the most complex deals we have worked on and executing a transaction of this complexity without being allowed to meet anyone involved presented its own set of challenges, but these were eventually overcome at 3am on 23 December when the documents were signed.”

Then, clearly wiping a tear from his eye, Chris seemed to think he was at the Oscars as he went on to give credit to everyone he had met virtually in the last year. 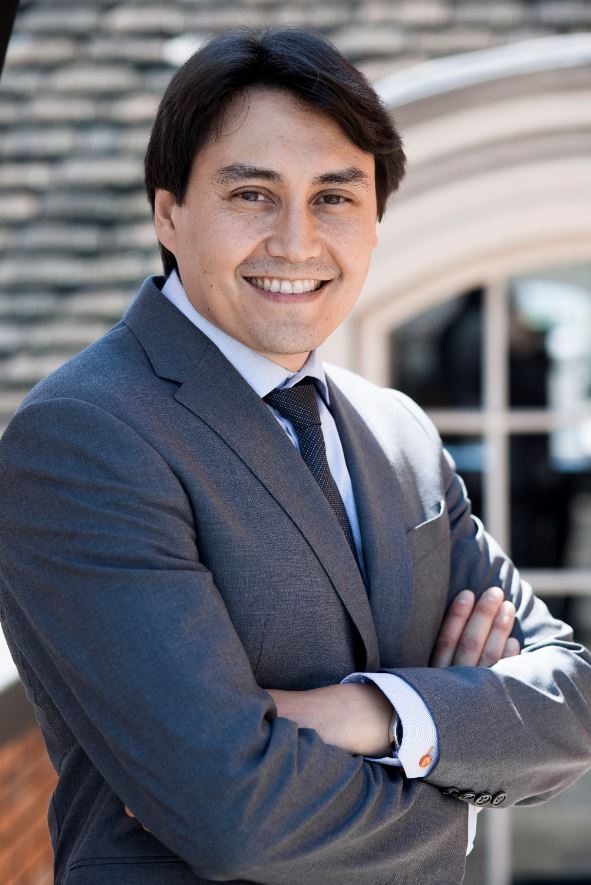 He says: “As with all deals, this was a team effort and special mention goes to Rees Sutton – for all his involvement in the deal until he very sensibly went on paternity leave – Jonathan Lewis, Alexei Callender and Stephen Bolton from Bibby; Galya Petkova and Dorota Chmielewska from Siemens Gamesa Renewable Energy; Nori Kawachi, Jason Frank and Lawrence Butcher at SMBC Leasing; Gurjit Orjela, Robbie McColl, Lizzie Lutley and Jean-Francis Dusch from Edmond de Rothschild Asset Management; and our lawyers Graeme McLellan and Richard Hughes from Greenberg Traurig; Andrew Baird and Charlotte Knight from WFW Dubai; Andy Williams from Norton Rose Fulbright; and Richard Smith and the team at WFW London.

Fortunately for JF Dusch (pictured left), he did not have to follow honours roll call as the audience would have been decidedly restless after enduring the last paragraph which I refuse to believe Chris could have delivered in one breath. 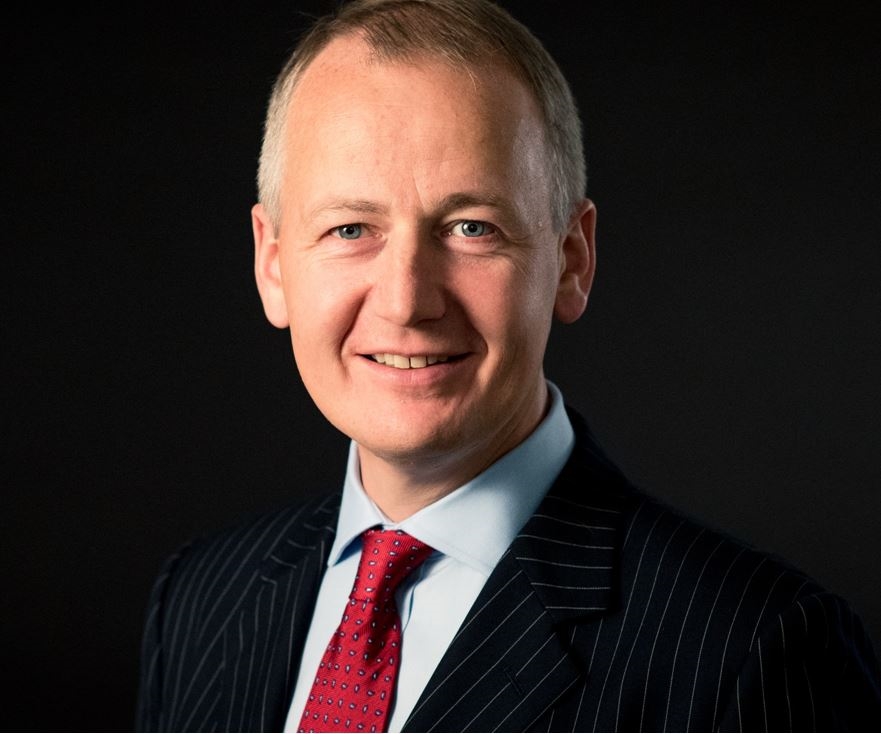 JF embraced brevity saying: “As an infra debt asset manager with up to three decades of experience in the field, we love to mix up and diversify our portfolios by taking on innovative investments such as Wavemaster. It is one of these transactions we enjoyed working on and feel very attached to.”

Greenberg Traurig’s Graeme McLellan (pictured right) added: “We are very pleased to have advised the Centrus team on this novel and challenging financing. The deal had its moments and required creative legal solutions to a number of issues – we were able to draw on our experience of complex cross-border financings in a range of sectors to devise bankable proposals. It is particularly pleasing that the innovation, creativity and hard work involved are being recognised with this award and we’d like to add our thanks to the team at IJGlobal.”