At the start of 2020, the US power and renewables market had a strong pipeline of projects with newer sectors providing robust investment opportunities. Covid-19 caused major disruption to the financial markets, impacting several deals and driving pricing up. Fast-forward to Q4 2020 and there is light at the end of the tunnel with the market returning – almost – to normal.

The US federal government’s $483 billion stimulus package approved in April went a long way in providing some stability to financial markets – and banks are now playing catch-up after a few months of sitting on the side-lines.

ING’s US power and renewable energy team typically closes around 20-30 deals a year. Thomas Cantello (below right), managing director and co-head of renewables and power, believes this year is no different: “I don’t think the renewables and power financing and development markets were significantly impacted other than the initial shock. 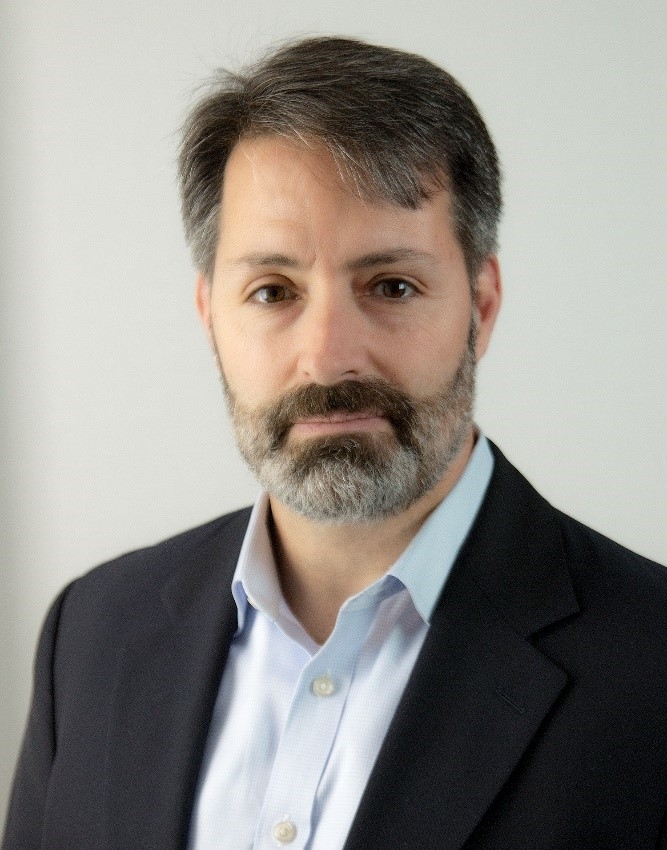 “During the peak of the pandemic, some of the projects we were already engaged in closed. We have closed five deals in the past month. Of course there was some impact on pricing and deals were cancelled but we remain bullish and expect plenty of deal activity this year.”

Businesses have begun to adjust their expectations in response to the pandemic but the underlying fundamentals of the market – the demand for renewable power, low interest rates, and cutting costs for renewables projects – will continue.

“Currently, we have a very supportive state-level regulatory regime for renewable power and that will stay in place. All the fundamentals are in place for a strong 2021 and beyond,” says Cantello.

According to the US Energy Information Administration (EIA): “renewable energy will be the fastest-growing source of electricity generation in 2020, the effects of the economic slowdown related to Covid-19 are likely to affect new generating capacity builds during the next few months”. 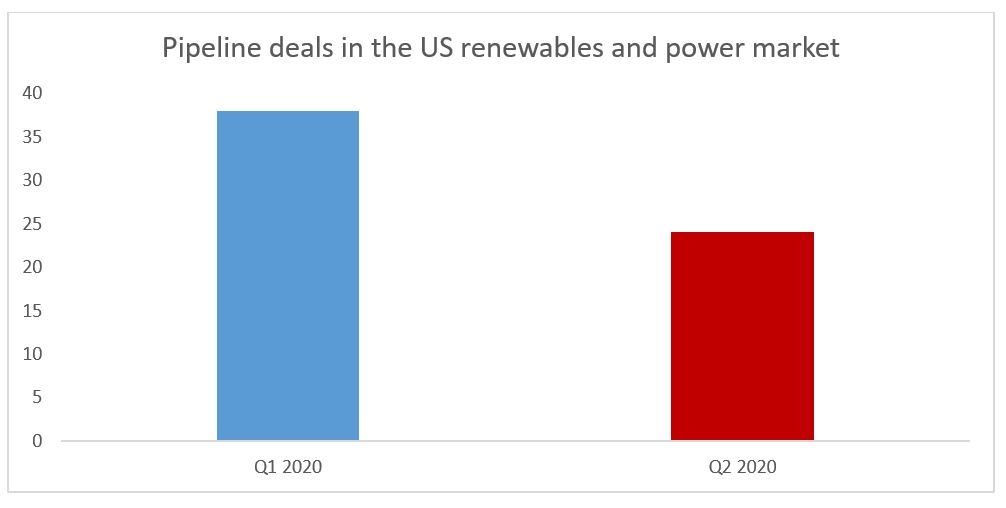 Sustainable finance is a key part of ING’s strategy and renewable energy is a key element of it. 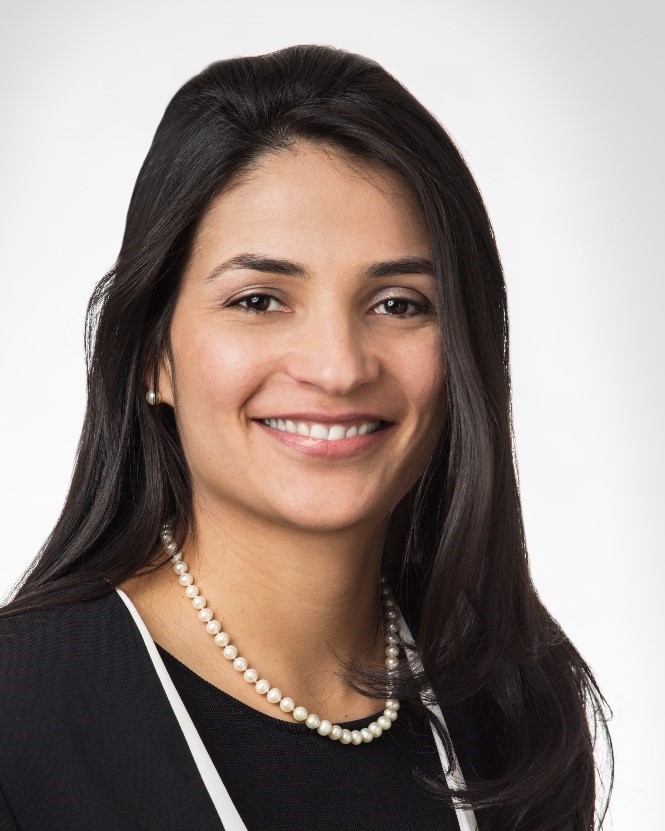 She says: “Renewable energy can be instrumental to corporates that want to use green financing but do not necessarily have   the business model or the technology available to be green.”

Oliveira believes that 2019 was a record year for sustainable financing with $550 billion in total issuances. “Green bonds   made up 50% of the total $550 billion issuance for 2019,” She says. “When Covid hit, we did see a drop in the volume of   green bonds and green loans in March and April but volumes are rebounding.”

In August, Moody's forecasted that the total sustainable bond issuance in 2020 could reach $325 billion to $375 billion.

“With the increased attention from investors and companies trying to improve and disclose their sustainability goals, we now   see them trying to tack on green bonds or sustainability-linked facilities where they are setting targets to become more green   with, for example, commitments to use 100% energy from renewable sources,” says Oliveira.

There is strong support from the federal government for renewable project development with two key pieces of legislation that have been in place for many years, the Production Tax Credit (PTC) and the Investment Tax Credit (ITC).

PTC provides a tax credit of 1–2¢ per kilowatt-hour for the first 10 years of electricity generation for utility-scale wind and ITC provides a credit for 12% to 30% of investment costs at the start of the project, particularly for the offshore wind and utility-scale and distributed solar sectors. Both were extended in 2019 but PTC has only been extended until the end of 2020.

Cantello says: “PTC has been around for years and usually gets extended but it is coming to an end. ITC will start stepping down this year over the next 3 years before completely disappearing. If they are not extended, it may hurt the on-going development of renewable energy projects. There is the possibility that after the elections in November, if Joe Biden and the Democrats are in charge then an extension will be provided.”

Trade policies in the US have been implemented haphazardly under the Trump regime with a number of tariffs put in place for Chinese imports, such as solar modules. This has made projects more expensive to build in the US.

Cantello believes that if Biden is installed in the White House, many trade tariffs will be regulated with others disappearing.

“Other than PTC and trade policies, there is still enough support at the state-level and corporates who know that we need to be more sustainable and address the ongoing climate crisis,” says Cantello. “They will continue to support the market. If there isn’t a change during the election, I still believe that the renewables market will continue to grow given the strong support of both the states and the private sector.”

Offshore wind in the US?

In 2016, the first commercial offshore wind project – the 30MW Block Island Wind Farm off the coast of Rhode Island – began operations. Since then, the US has not seen many new offshore projects built.

While several projects amounting to 30GW were announced thereafter, there has been a great deal of opposition to those and they are currently tied up in regulatory processes.

Cantello says: “European developers like Avangrid, Orsted and Eversource have active development projects in the US so there is enthusiasm but I don’t think it will drive the overall renewable project financing market.”

One project that is far advanced is the 800MW Vineyard Wind project off the East Coast. However, an environmental impact statement is currently underway and has halted the project. It is not expected to be completed until the end of the year.

“Many in the market thought the Vineyard Wind project would open the floodgates to more projects but it has moved a lot slower than the market anticipated. I do not think offshore wind will be a significant part of our market in the near future. That isn’t to say some won’t get built over time because there are several projects in various stages of development and construction,” says Cantello.

“There is definitely a lot of support for offshore wind projects but I just don’t think there is as large a need for it in the US as in Europe. We have a huge amount of land on which to develop wind farms so it begs the questions whether there is a need to build offshore given that it is more expensive.”

The US is prone to hurricanes, floods, wildfires which cause power outages. This has emphasised the need for resilient renewable infrastructure. Utilities are now turning their attention to microgrids (including solar and battery storage) and distributed energy systems to provide customers with flexibility, cost management and reliability.

“We financed a distributed microgrid battery storage project in 2019 in Los Angeles – to install batteries at 100 different sites including universities, hospitals, and corporate centres. They are expensive projects but have a stable revenue stream and the projects provide energy savings and resiliency the host sites as well as congestion relief to the grid during peak demand periods,” says Cantello.

There has also been a great deal of interest in residential rooftop solar with customers requesting batteries so they are independent and have a reliable electricity stream in the event of blackouts.

Cantello says: “We are seeing huge growth in this market, especially with battery prices decreasing and solar panel prices coming down, it has become more competitive. California is a huge economy and renewables is a big market there. Of course it has its fair share of problems with blackouts and wildfires which has led to a surge in utility-scale battery storage projects with a number of projects underway.” 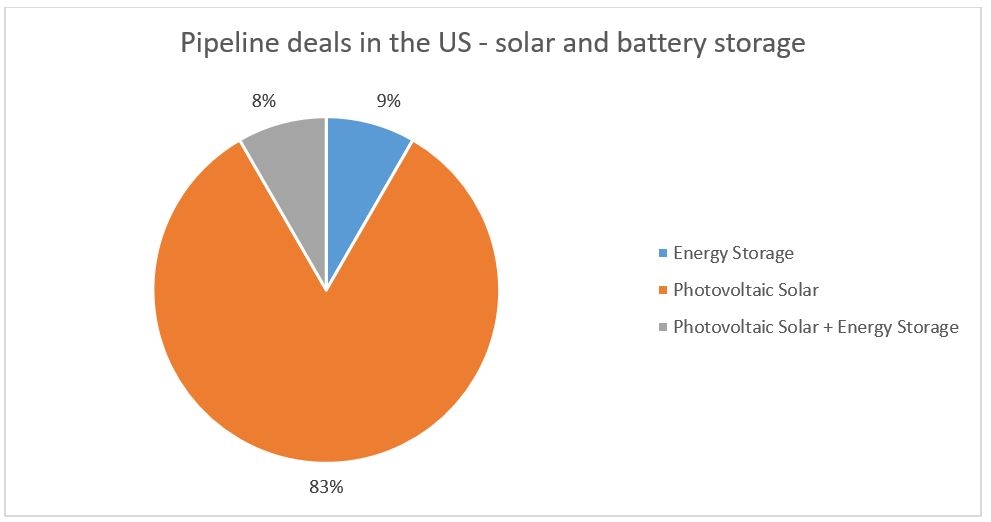 ING is currently working on a few project financings that feature battery storage.

In the last few years, data centre providers have stepped up efforts to procure renewable energy sustainably to meet customer demands. European data centres have utilised renewable energy for a number of years but it is a relatively new phenomenon in the US, having only come into play from 2014 onwards.

Oliveira says that there has been a surge in data centres using green financing to finance their development which has led to more power purchase agreements (PPAs). “Data centres will continue to demand more and more energy over time, and the pandemic will only accelerate the trend – if investors are looking for a continually-growing sector, with falling costs – this is it.”

The forecast for renewable energy remains a growth area for the foreseeable future buoyed by innovative, sustainable financial instruments and growing sub-sectors providing steady revenue streams. While we may not see a surge in operational projects in the offshore wind market, microgrids and battery storage projects will continue to attract investors and developers.

Projects that have been delayed due to the pandemic are expected to come online in 2021 as businesses continue to adapt to market conditions.