One of the greatest challenges facing policymakers is how to transform countries digitally. One of the best ways to achieve this – according to M&E Global managing partner William Cox – is through training, qualifying and motivating them to draft laws and rules favorable to digitalized economies.

This view is echoed by Dr Donald Bobiash – executive director for Canada within the Inter-American Development Bank (IDB) in Washington, DC – who says: "A first important step would be to train and educate policymakers in digital infrastructure.”

The lack of digital skills is not limited to individual regions, a 2016 study by the European Union found that 22% of all employees across all sectors and jobs in the EU were at risk of incurring digital skills gap.

Policymakers, in particular, face the added problem of inert political processes which hinder innovation and the adjustment of policies to rapidly evolving technologies. And the Covid-19 crisis is bringing to the fore the need for digital transformation at all levels of society, thus, putting pressure on policymakers to update everything from data security laws to tax laws and accounting practices. Internet usage has jumped by 50% to 70% in 2020 alone. Ecommerce is expected to see a boost of $175 billion in revenues for 2020 (Forbes, 2020).

Training is known to be an effective mechanism to motivate people to drive change. If taken by policymakers, it is likely to help them formulate and enact laws favorable to attracting investment to digital infrastructure.

"Today robotics and artificial intelligence call for another education revolution. This time, however, working lives are so lengthy and so fast-changing that simply cramming more schooling in at the start is not enough. People must also be able to acquire new skills throughout their careers." (Economist, 2017).

Which are the main digital infrastructure areas which policymakers would need to learn more about?

Updating policymakers´ knowledge of digital infrastructure will help them mobilize a wealth of facts and concepts to convince their colleagues and legislators.

The dollars and sense of making existing infrastructure more resilient

Once trained, policymakers will be able to argue their cases, construct digital plans and attract investor financing.

One effective and easy line of argument for policymakers to advance digital infrastructure is pointing out its economic benefits and how it makes existing infrastructure, such as roads and transportation networks, more efficient and thus resilient.

Investors are ready to step into the area of resilient infrastructure: 98.2% of respondents to an investor survey by IJGlobal and M&E Global think that the main benefits of digital infrastructure include making existing infrastructure more resilient, attracting capital, developing the digital ecosystem, leapfrog technologically and creating jobs of the future.

There are limitless economic and financial data to draw on. What is needed are policymakers who translate these data into policy frameworks enabling project proposals, and advocate them effectively. Using OECD, WEF and AIIB data, M&E Global estimates that efficiencies from effectively implementing digital infrastructure can be over one trillion by 2040.

The US Government Accountability Office (GAO) calculated in 2009 that if real-time traffic management information programs were implemented in the 50 largest American metro areas, the present value of all benefits together would add up to $30.2 billion, reflecting a net ROI of $29 billion (GAO: 2009). Yet to date policymakers are not fully acting on such data.

A smart electrical grid could deliver electricity more reliably by detecting and locating outages, which would improve service to traffic management, security systems, hospitals, senior citizen homes and other vulnerable groups. This would save billions of dollars (ITIF, 2016).

Midstream oil companies could use digitally connected pipelines to detect pipeline leaks and stolen resources, thus saving them $10 billion in the US alone (ITIF, 2016).

Many current laws and regulations have to adjust to digital requirements

In the recent investor survey by IJGlobal and M&E Global, 73% believed that government policies, regulators and insufficient expertise constituted the main hurdles to developing digital infrastructure. Countries that fail to advance digitally will fall behind and lose competitiveness, according to 59.2% of the respondents.

"For the promise to be­come a re­al­i­ty, a sup­port­ive reg­u­la­to­ry frame­work is need­ed to im­prove in­fra­struc­ture in sus­tain­able ways through adap­ta­tion, mit­i­ga­tion and the use of nat­ur­al in­fra­struc­ture," argues a report by the Inter-American Development Bank released in August (IDB:2020).

But how to speed up digital friendly policy making?

Another big stumbling stone is the public-private partnership (P3) model, which is used to finance traditional infrastructure. Nearly 92% of investors surveyed by IJGlobal and M&E Global thought that P3s are too inflexible, offered too little protection for both public and private partners and needed to be more flexible.

Building and financing a road or bridge under the traditional 30-year brick and mortar infrastructure approach deters institutional investors. Technology develops constantly and often is outdated after 3-5 years.

Many countries not looking forward

Many countries are narrowly focused on setting up high speed connectivity (4G and 5G), which is only the most basic prerequisite for advancing digitally and developing smart cities, smart transportation and industrial Internet of Things (IoT). 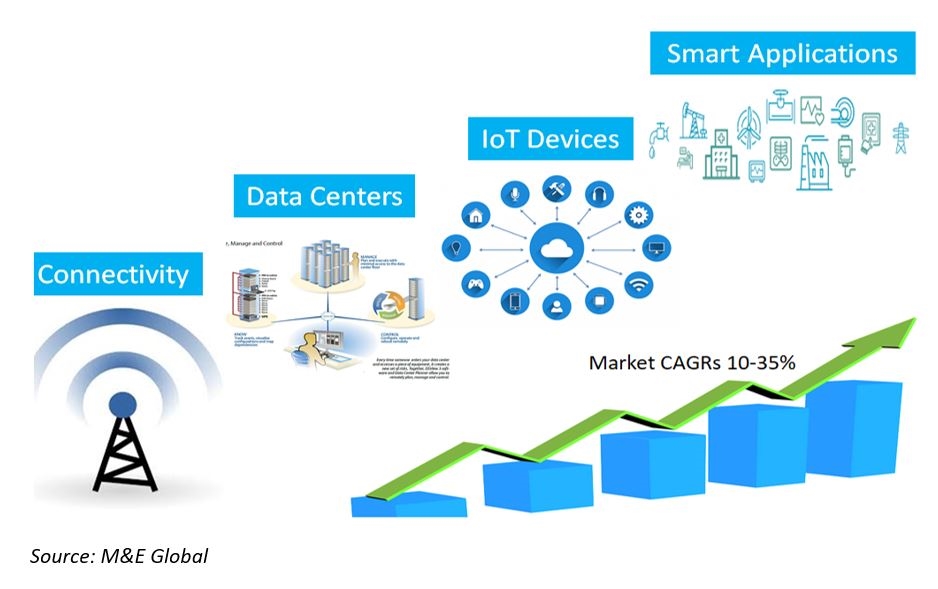