Saudi Arabia, like many of its neighbouring countries in the Gulf region, is trying to reduce its economy’s reliance on oil exports.

To do so, Saudi Arabia launched an ambitious programme in early 2019 to promote economic development and diversification. It expects the National Industrial Development and Logistics Programme (NIDLP) to mobilise at least SR1.7 trillion ($426 billion) in investment by 2030 and provide a pipeline of opportunities for private participation.

Both Hogan Lovells and HSBC have picked up key advisory mandates with the unit within the Ministry of Finance that will undertake much of this work – the National Centre of Privatisation & PPP (NCP). 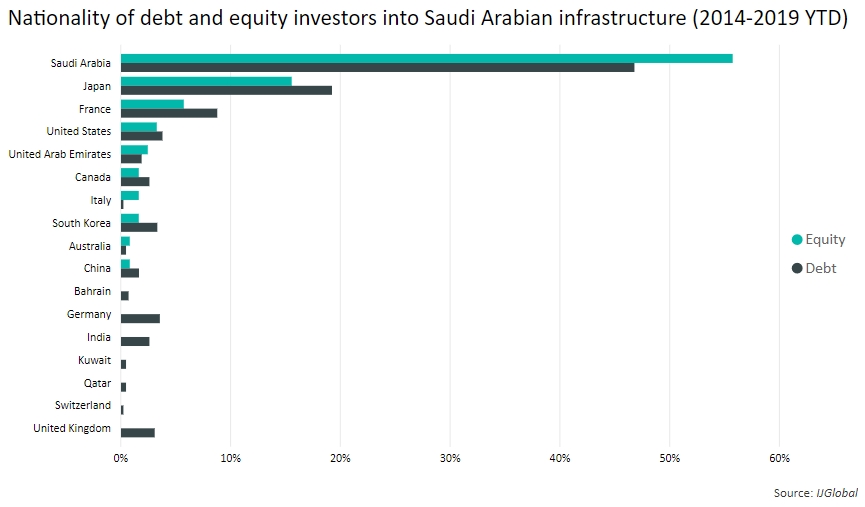 IJGlobal data suggests that international companies accounted for more than 42% of sponsors in Saudi infrastructure over the last five years, with most prominent involvement from Japan, France and the US. When it comes to lenders on infrastructure projects, the international presence is felt even more strongly, with over 56% being from outside the kingdom. Once more, Japan and France stand out. 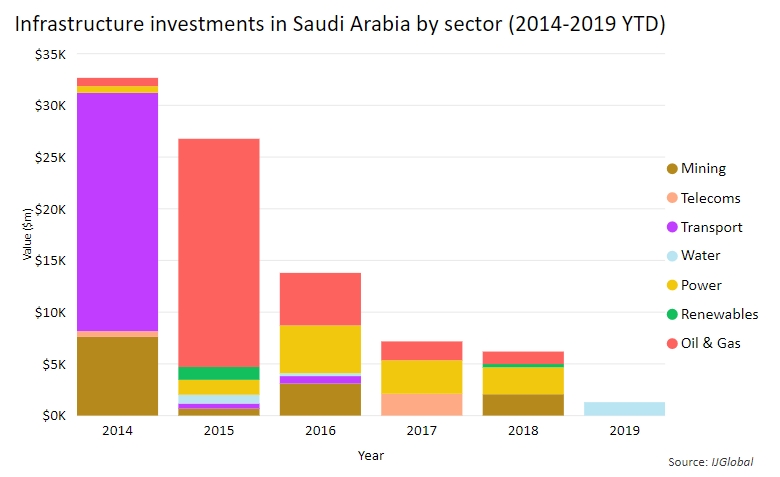 As shown by IJGlobal data, the new programme would not be an attempt to bolster previously underinvested sectors; rather it looks to increase investment overall. Historically, more than 50% of invested capital in the last five years went into the energy and transport sectors – the same as promoted by the new Saudi initiative.

The government has set a goal of reaching 58.7GW of renewable power generation by 2030, with at least 35 new sites to be developed by the end of the next decade. As demonstrated by IJGlobal data, the initiative has some momentum – over 20% of projects in development or under construction and more than a quarter of all ongoing transactions are in the renewables sector.

Though Saudi Arabia has been embroiled in some political and armed conflicts in recent years, so far it has continued to attract large volumes of international investment as it pursues its development plans.