India’s new national broadband network could be the first project to enact an entirely new concession model, one which could revolutionise infrastructure finance.

Under the model, the state and private sector share tax revenues generated as a result of a project, as well as direct project revenues. The model has been devised, promoted and proposed by the CEO of the think tank ADB Institute (ADBI) in Tokyo.

Naoyuki Yoshino, CEO and dean of the ADBI, recently presented two new PPP innovations to Asian governments after many years of research.

One of the concepts aims to smoothing out the often tricky land acquisition process – a stumbling block typical in the region.

The other looks to improve the rate of return to infrastructure investors.

He found a criticism from much of the private sector in Japan that there were not many bankable projects for them, in the sense that the rate of return on investment was too low. The insurance industry in Japan is particularly expressing their interest to invest/lend in infrastructure if the returns were higher.

Seeking a way to increase rates of return, Yoshino has focused on the fact that all tax revenue increases that come as a result of a new train line or highway, for example, feed directly and exclusively into the government coffers for the entire operational life of the asset. But this need not be the case.

Yoshino is promoting his recommended models to governments around Asia, with visits to India, Indonesia, Bangladesh, Myanmar and Japan in his diary.

In modelling how much state tax revenues rise as a result of new infrastructure projects, Yoshino has carried out calculations in relation to three operational Asian projects:

Analysis around the tax outcomes from further projects will enrich the available data set for calculating forecasts to implement tax revenue sharing agreements in future concessions.

All taxes are included in the analysis, for example income, property, corporate and sales taxes. 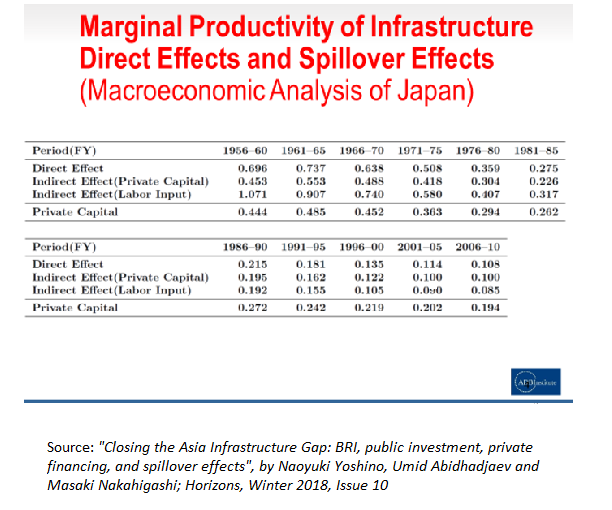 Yoshino’s proposal is for the public procuring authority and private sector equity holder(s) to agree at the outset to share the project's “spillover tax revenue” on a 50:50 basis.

The suggested 50:50 is the easiest split, but need not be the only solution.

The concept has been gaining traction with government ministers in more than one country in Asia so far.

In India, Aruna Sundararajan, a secretary in the Department of Communications, is exploring the potential use of this model for the roll-out of a national IT infrastructure broadband network, to potentially incentivise private sector finance. The government-led scheme is being implemented by the government-owned SPV Bharat Broadband Network (BBNL), known as Bharat-Net. The official has asked for estimates of the incremental tax revenue from the fibre network.

The governments in the Philippines and Indonesia are also engaging with the concept, though elections are taking place now in Indonesia.

Yoshino sees the model as being relevant for any type of infrastructure where the region’s economy is positively affected, even in renewable energy generation project development.

Meanwhile, on the subject of how to ensure the correct amount of tax revenues are ring-fenced, hived off and accredited as a positive impact from the new infrastructure, Yoshino has discussed a solution with the Philippines’ Secretary of Finance Carlos Garcia Dominguez III.

Yoshino says: “Dominguez has a very simple idea. He wants to look at national average of changes to, for example, property tax, income, corporate tax and sales tax revenue. Then he would look at the changes in tax revenue along the highway/train line. If the tax revenue in the area with the transport infrastructure is higher than the national average (for example a rise of 4% versus the average 2% rise), then that difference is to be split with the sponsor in annual payments.” 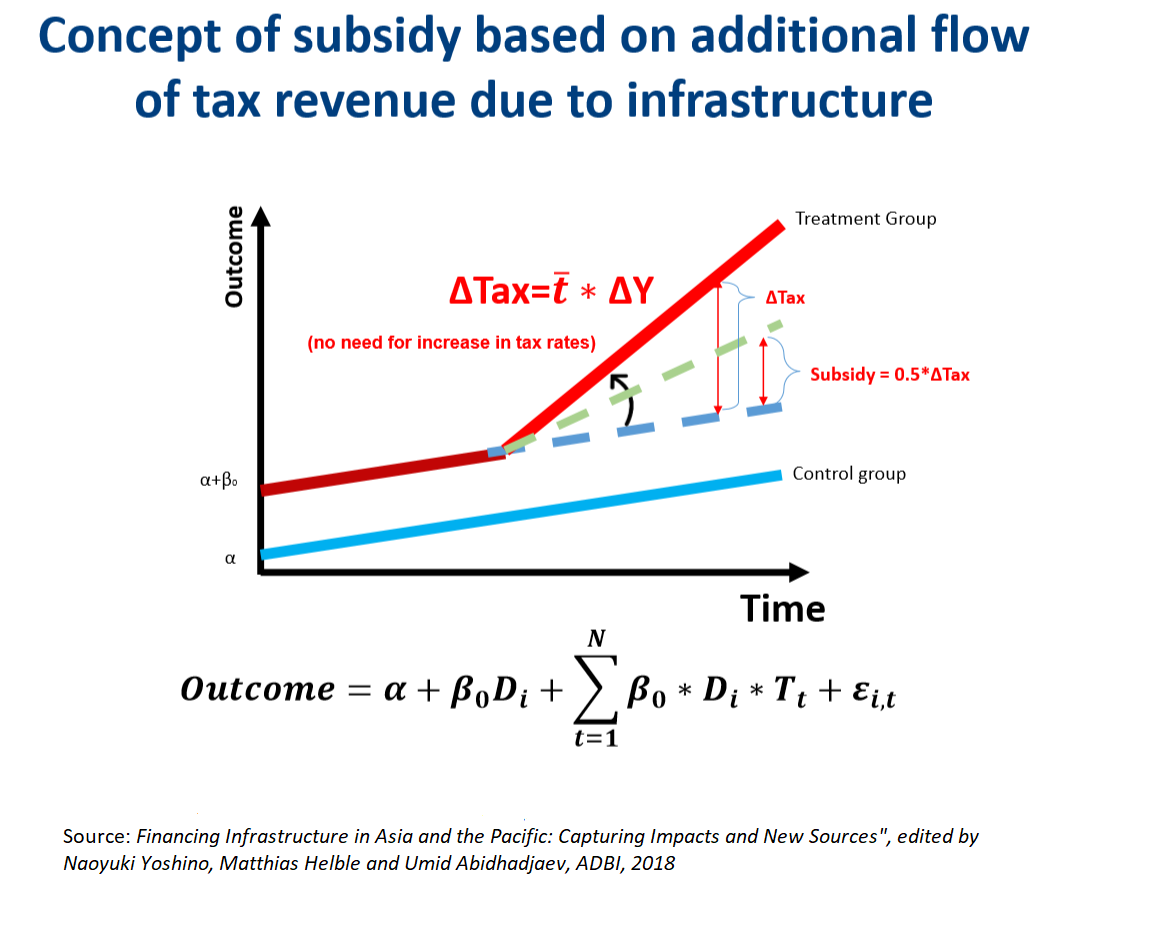 Yoshino’s pitch to governments to reform their infrastructure procurement models is two-pronged. His other proposal is aimed at tackling the lengthy pre-construction delays and uncertainty that arises in the negotiations to buy the land for large infrastructure projects.

Yoshino says: “In Indonesia, India, Bangladesh and Japan it has taken so many years to negotiate with landowners to sell their land [for project development]. In Japan we have used land trusts for commercial buildings or apartment buildings. I thought this method can be used for infrastructure investment: land owners can keep the land and own it, but lease it to developers and receive rent every year. I have proposed it to India, Bangladesh and Indonesia.”

The land trust banks sit between the land owner and the renter of the land, to ensure proper and appropriate use of the land and timely payments. The trust banks in Japan are regulated by the financial services authority, and include:

Yoshino continued to explain that in his research he has found particular examples where farmers in India have finally agreed to sell their land to state rail companies, the large payment received has been spent in only a few years, leaving no future benefit for families.

Rent from the project company could be payable for 99 years, providing income for them, their children and future generations. “Land acquisition time could be much shorter and reduce one of the biggest risks of delaying construction,” Yoshino says.

The Philippines’ Finance Secretary Dominguez has begun discussions with Yoshino on this concept for one of the country’s major planned infrastructure projects – Dominguez is particularly engaged in discussions on this model, in relation to the proposed railway connection from Manila’s Clark Airport to downtown Manila: the Manila North-South Railway Commuter System.

As the ADBI concept is presented to various Asian governments, it may further catch on. Recently a presentation took place in Myanmar, and next week the Japanese insurance industry will hear the concepts at a gathering in Tokyo.