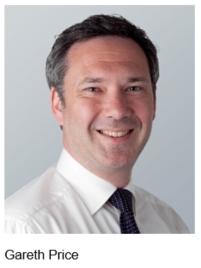 Choosing a winner for infrastructure and energy legal advisory on a global scale is a challenging feat, made infinitely more simple by aggregating scores from all four of IJGlobal’s independent judging teams – in London, New York, Dubai and Singapore.

Given the level of competition and diversity of sectors covered at these judging sessions, it is impressive that one law firm – Allen & Overy – should dominate the market and lead the field by a comfortable margin.

However, as A&O partners Gareth Price and David Lee say, this is the culmination of a strategy they have been driving for a number of years, speaking to IJGlobal in the UK and representing the international law firm as the award was presented in London.

Price, A&O global head of projects and energy, says: “While some people see us as UK-heritage, we truly are a global firm. David and I have for a long time been positioning teams around a long-term view, driving our investment decisions around mega-trends that range from accelerating urbanisation to demographics, climate change and resource poverty/affluence, and shifts in economic power.” 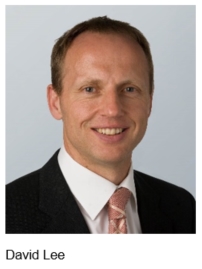 This sentiment is echoed by Lee, global head of infrastructure: “A strong local presence in delivering energy and infrastructure deals is vital. You’re not going to win deals unless you invest in the best legal team that combines specialist local expertise with international project development and financing credibility.”

And this strategy stood it in good stead in 2018, and the partners point to numerous deals – many award IJGlobal winners – that helped them on the way to winning this coveted prize.

Primary among these deals was A&O’s involvement in the acquisition of John Laing Infrastructure Fund by Dalmore Capital and Equitix. The firm was also proud of having acted on GIP’s 50% acquisition from Ørsted of Hornsea One, the world’s largest offshore wind farm. This deal was a serious contender for an award, but was pipped by SeaMade.

In the Middle East, the A&O partners single out Duqm in Oman where the firm advised the project company on all aspects of development and financing for the greenfield oil refinery. Meanwhile in Indonesia, the firm acted for a group of ECAs on Java 1, the first gas-to-power project in Asia.

However, the A&O partners were keen to point out that it is not only closed deals from 2018 that have them excited, identifying two ongoing transactions that they feel are particularly impactful.

A&O is advising the consortium of Lufthansa, JAL, KAL, Air France, Carlyle, Ullico and JLC Loop Capital on the redevelopment of JFK Airport in New York which will be one of the largest project finance deals in US history.

Meanwhile in Africa, it is acting for the lenders on the $5 billion mining project to be developed by Emirates Global Aluminium’s subsidiary in Guinea, which will encompass a bauxite mining operation; a world class alumina refinery; and a range of associated infrastructure.