IJGlobal awards have long held a special position in the industry, given that they are independently judged by teams of infrastructure and energy specialists in New York, London, Dubai and Singapore – giving them unrivalled authority and the cachet of peer review.

When it comes to the Global MLA category, judging results from each of these four teams of experienced professionals – all of whom are active in the markets where they judge – are aggregated to identify the winner.

MUFG Bank was singled out for this accolade at this year’s New York awards dinner, based on numerous factors that range from judges’ experience of dealing with the lender through to the variety of transactions across international markets.

IJGlobal presented the award in New York and here interviews two US-based MUFG managing directors – Erik Codrington, who heads up the project finance team for the Americas, and Ralph Scholtz, who leads in Latin America – to represent the international lender.

When it comes to identifying the deals the bank takes greatest pride in, Codrington takes a deep breath and says: “It’s a bit like asking which of your children you love most!”

However, when it comes to deal activity, there is no holding him back: “This last year we had a record year for project finance in the Americas, closing about 80 transactions across the firm – bank debt, capital markets and term loan B.”

The largest and possibly most innovative deal that MUFG closed in 2018 was the $2.1 billion underwrite of Starwood Energy’s acquisition of GE’s project finance loan portfolio. The largest PF underwrite the bank has concluded in the sector, with the take-out expected to come from the CLO market.

“I think only MUFG could do this deal,” says Codrington. “Because of the size of the required underwrite, and because we had to analyse the more than 50 loans in the GE portfolio. We were already in half the deals, but we have a big enough team to analyse the other half quickly.” 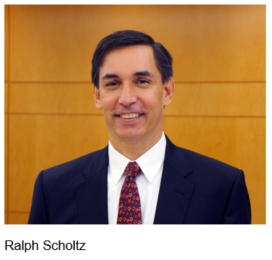 Other stand-out deals include the fully underwritten acquisition of 8point3 by Capital Dynamics; a strong market indicator as MUFG sees a marked uptick in M&A of project assets across the US, a significant driver for its business in 2018 and 2019.

Meanwhile in Europe, Open Fiber stands out as a lead transaction alongside Middle East deals like Al Dur in Bahrain and Oman’s Duqm; while Formosa 1 offshore wind farm and Java 1 speak to the bank’s strength in APAC, alongside Sydney Desal where it brought in a diverse group of Japanese institutions.

For LatAm, Scholtz is bullish seeing greatest opportunity in Brazil and Mexico (once the market settles down post-election), while Colombia and Peru are heading in the right direction: “We have a bank in Mexico and Brazil and we are looking at local currency solutions. We hope to find ways to use our local balance sheet to support what we do across borders.”

MUFG is leveraging skills across the bank, for example, taking expertise from the UK on offshore wind to support deals as they emerge in fresh markets. This is a strategy that it has used to great effect – particularly in 2018 – and one it will continue to espouse.

On the back of a strong year, Codrington rounds it off nicely: “For clients that need heavy lifting, we want to be seen as the bank with big shoulders.”