The first couple of months of 2019 has seen substantial deals for the oil and gas industry in North America.

The New York-based fund manager also agreed to acquire a controlling stake in US midstream energy company Tallgrass through its $7 billion Blackstone Infrastructure Partners fund in a deal worth roughly $3.3 billion, which marks the peak of funds’ activity in the sector so far this year.

Although marketed as an open-ended fund with a multi-sector strategy, Blackstone's fund held its first close at $5 billion in July 2018 and had raised $7 billion by February (2019), most of which was deployed through its latest oil and gas acquisition. Blackstone’s recent activity conforms to the general trend on the continent – the oil and gas sector is increasingly important for fund managers.

As demonstrated by IJInvestor data, North America-focused funds that target multiple sectors – including oil and gas – raised significantly more capital over 2018 ($18.8 billion) compared to the previous two years combined ($16.9 billion). Unlisted infrastructure funds focused exclusively on oil and gas assets in North America, on the other hand, raised $7.2 billion at final close in 2018. The number is a bit lower compared to the previous year ($8.1 billion), but fundraising remains stable considering the $7.7 billion raised in 2016.

Furthermore, IJInvestor data shows that the potential for further capital to be injected into the industry by funds remains high. 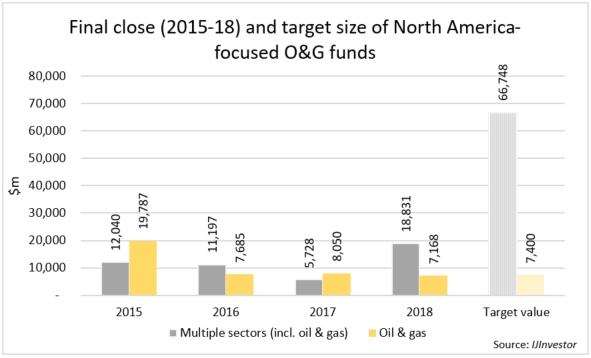 North America-focused vehicles targeting various energy sectors including oil and gas, which have not reached final close yet, aim at collecting more than 3x the amount raised by similar funds in 2018. The relatively large figure is due to the aforementioned Blackstone Infrastructure Partners fund that has a target size of $40 billion.

IJInvestor data suggests sustainable growth in capital raising by oil and gas-specific funds in North America, as target value of such schemes is close to the capital raised at final close during the last three years. 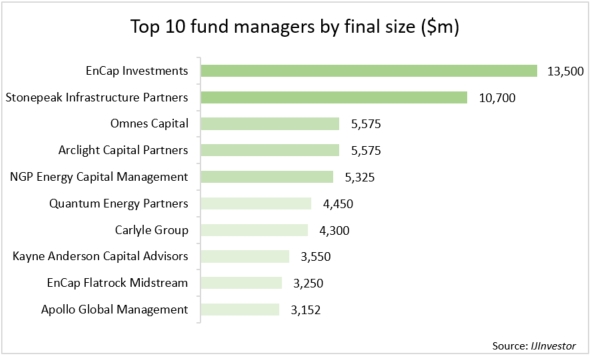 EnCap Investments and Stonepeak Infrastructure Partners are the top two oil and gas-focused players in North America by amount raised at final close. Stonepeak committed $1 billion in equity to Dallas-based Discovery Midstream Holdings II in January this year (2019). The deal follows the acquisition of Discovery Midstream by Oklahoma-based midstream company Williams Partners and KKR’s Global Infrastructure Investors III in the summer of 2018.

Excluding Omnes, which is headquartered in France, nine of the top 10 managers of oil and gas-focused funds are domiciled in the US. This is in line with IJInvestor data that indicates that fund managers have a clear preference for the US when it comes to establishing oil and gas funds.

Our data shows that almost all investors in those funds come from the US as well. Around 66% of LPs in schemes targeting specifically oil and gas infrastructure in the region are pension funds, with the remaining 34% comprising other institutional investors. It further proves the stability and long-term orientation of investments in the sector, which are the core elements of those pension funds’ strategies. 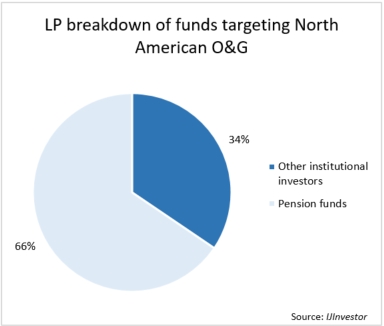