Can we draw any parallels between the perceived corruption levels in a country and its ability to procure infrastructure projects?

The question is enough to make an editor pause for thought. The various ways conclusions drawn could outrage readers from certain parts of the world are too numerous to contemplate. And it wouldn’t be the first time IJGlobal was (wrongly) accused of unfairly talking down a country.

So in an attempt to head off criticism, observations will be shared but conclusions will be largely left to the reader.

To try and answer the question, we compared countries’ effectiveness at procuring PPP infrastructure, according to IJGlobal data, against their scores in the latest corruption perceptions index from Transparency International. This 2016 index compiles data from various sources, including the World Bank, African Development Bank and World Economic Forum, to measure the perceived levels of public sector corruption worldwide.

Where is the action at? 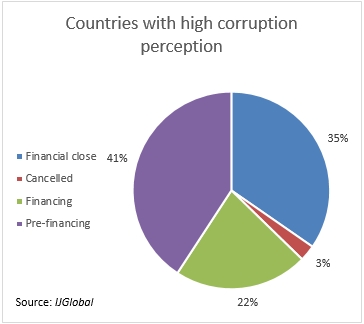 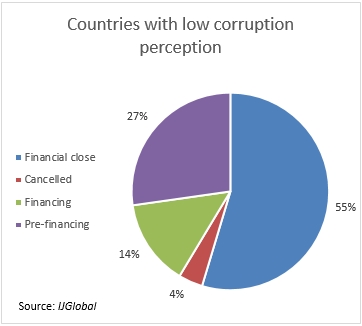 Perhaps surprisingly, the cancellation rates for both high and low scorer countries were roughly the same (3% and 4%, respectively).

So, if you are an international developer looking beyond the OECD for projects to bid on, perhaps countries with reputations for graft, according to Transparency International, might be the markets to target. Though breaking into those markets is easier said than done. IJGlobal data shows that in our high-scoring selection of countries local firms swallow up the majority of developer mandates.

In Brazil for example, it seems to have really helped being a Brazilian company when trying to win contracts in recent years. Many applaud a protectionist approach, though it is not traditionally the best way to drive down costs through competition. 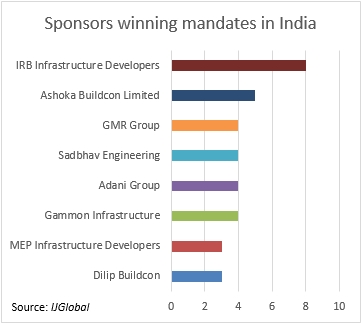 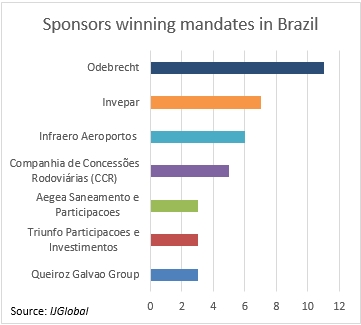 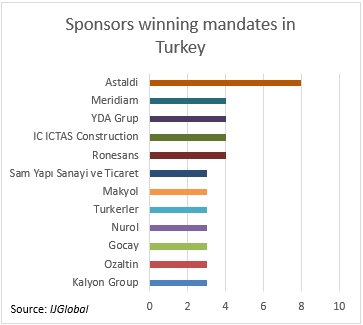 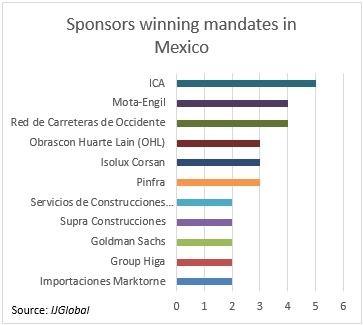 A stark comparison uncovered from the data was the difference in speeds at which projects were procured in different countries. None more so than the contrast between the UK (one of our selected low scorers) and Brazil (one of the high scorers).

We looked at PPP projects (transport and social infrastructure) from both countries which had a definite tender launch date and definite preferred bidder date in the IJGlobal database. Only transactions which hit a project milestone between 1 January 2012 and 22 August 2017 were included. 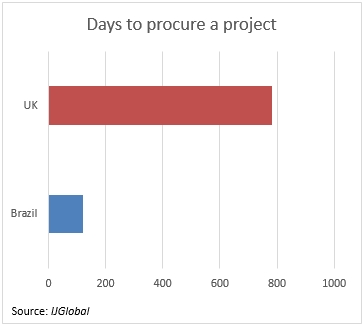 The average time from project launch to preferred bidder in each country is dramatically different. While UK projects during the period took 781 days on average (over two years) to be awarded, Brazilian projects got over the finish line in just 119.

The UK’s average was not helped by some snail-like outliers, such as the Stoke-on-Trent PFI which was a victim of a government spending review in 2010 and eventually took a total of 1,562 days to be awarded. And it should be noted that the sample size for UK PPPs is much larger than for that of Brazilian PPPs.

But there was impressive uniformity to the speed of the Brazilian projects. Only one, the Divinopolis wastewater system PPP, took more than 200 days to be awarded (it was a significant exception at 376 days, but was still only slower than just three UK projects in our dataset). 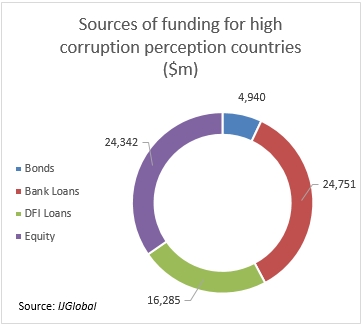 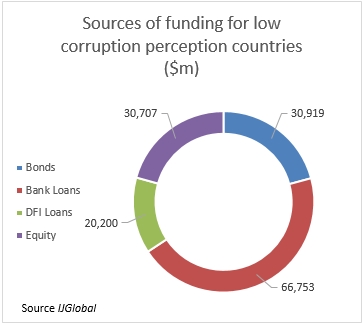 Perhaps the least surprising of our findings was the difference between the sources of funding for each set of countries. According to our data, if you are financing a project in a country with a high perception of corruption, you are less likely to source a commercial bank loan, even less likely to raise a bond, will need more support from DFIs and will have to invest more equity yourself compared to your counterparts developing in low corruption countries.