“Nine years ago, we were at ground zero, and now, we’re one of the leading infrastructure advisers in Europe,” says Neale Marvin, Managing Director for DC Advisory UK.

The fourth person to join the platform, set up in March 2012 by Sergio Ronga, who had decamped from Macquarie, Marvin himself was a JP Morgan transplant.

Like the other founding partners, he was driven by an urge to “move out of the large institutions and set up a more entrepreneurial venture.”

With a focus on buy-side M&A, sellside M&A and debt, which Marvin sees as fundamental to - rather than separate from M&A - the firm has three infrastructure MDs in London: Neale Marvin, Phillip Hyman and Andrew Congleton who work alongside MDs in France, Germany, Spain, Italy and Poland.

They cover core infrastructure as well as core-plus, and are increasingly active in renewables, thanks in part to DC Advisory shareholder Daiwa’s 50:50 joint venture with Green Giraffe (2019).

In their selection of DC Advisory for the top prize, one judge cited an “impressive track record for a relatively small group in a difficult year” with another describing it as an “innovative and proactive adviser” and celebrating a “very strong year for DC Advisory”.

The firm also won kudos for its “very clear submission” as well as “clear parameters provided on volume of deals, number of deals in each category, clear explanation on the complexity of both the deals and the value add brought in by DC”

Marvin cites the energy transition as an overarching theme for 2022 and beyond, also predicting a post-pandemic wave of M&A in transport, as well as highlighting an ongoing hunt for innovative private equity-backed assets in the infrastructure core-plus space.

This first of these themes was evident in DC Advisory’s role representing OTPP, OMERS and SSE in their November 2020 sale of UK smart metering business MapleCo, a transaction that won IJGlobal’s Deal of the Year in the EMEA Utilities category. 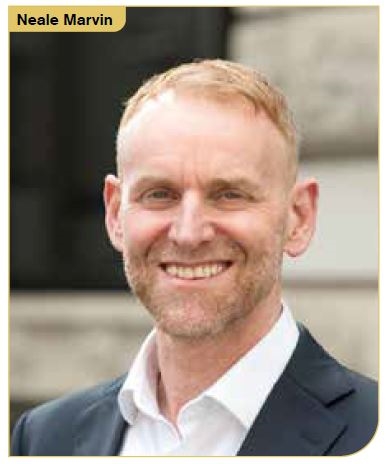 “We advised the three shareholders in creating the business in 2017. We negotiated the metering contract with SSE Energy supply and have helped finance the business at key points in its growth. We identified that smart meters were the future, so spent time understanding the sector early on. The sale of MapleCo was a traditional two-phase transaction with most contenders already having experience in the sector, with Equitix as the eventual buyer,” recounts Marvin.

Another deal in the smart meter space has been Calisen, which was taken private by Goldman Sachs and BlackRock for £1.43 billion earlier in the year. Transactions in the space are likely to continue, as larger suppliers continue to roll out their own smart meters, while others seek independent financing to do so.

“Smart meters are an ESG story: they save energy, and help people become more aware of their usage,” says Marvin. “While the emphasis for now is on smart meters for gas and electricity, the next phase could be water.”

On the buy-side, DC Advisory was active in the transport segment during 2020, providing debt advice on the purchase of Portuguese highway company Brisa, and EQT’s acquisition of Danish ferry business Molslinjen.

Both transactions were especially complex, given the collapse in traffic during Covid, requiring complex planning scenarios, Marvin said. But he pointed out that despite the uncertainty, suitor funds understood that there would one day be a recovery.

To that end, he predicts a bounce in transport deals in 2022 as travel opens up again and funds look to fill gaps in their portfolios.

In the next two or three years, the transport theme could become intertwined with ESG, predicts Marvin. Airports will need to tell a sustainability story, while battery technology will continue to evolve, he says.

“Nearly every fund now has an ESG strategy, and this is having a real impact across the infrastructure sector - it’s not just greenwashing,” says Marvin.

“A lot of so-called ‘dirty assets’ will turn to clean energy, spurred on in many cases by government incentives. Another possible outcome is the creation of a fund specifically aimed at holding these assets.”

Processes to sell assets involving dirtier fuel processes such as some oil and gas are becoming less competitive, but are finding successful exits, Marvin says.

During the pandemic, “we saw a continued and focused appetite from our clients to buy infrastructure - primarily core infrastructure, regulated infrastructure and renewables,” says Marvin. “It remains a seller’s market.”

However, given that the buyers of core infrastructure are largely direct investors - usually pension funds and sovereign wealth funds with no set exit time, they can take a long-term view on business plans, he notes.

Looking ahead, “there are more funds available than ever before in infrastructure, and people are looking for the next district heating or smart meter success story.”