When this working from home malarkey started, it seemed only right and proper to maintain the right frame of mind by continuing to dress as though for the office – which at IJGlobal is a reasonably relaxed affair, when not out to meetings.

It was early March and I had taken early retirement from the office environment as one of my colleagues had been struck down with coronavirus. My presence in the office was not required – work from home.

So there I was, sitting at the dining room table wearing outdoor shoes, trousers, work shirt, a Schöffel gilet of distinction and – yes – a tie.

Head in the right place. Dressed for battle. Ready to rock.

Then it got a bit warmer and it wasn’t long before that “what the hell are you playing at?” moment was reached.

From then on, it was shorts and flip flops all the way and a personal challenge set to wear exactly that – with something on top as well, of course (I’m not a savage) – until October… maybe November if I can brazen it out in the chilly climes of south west London. 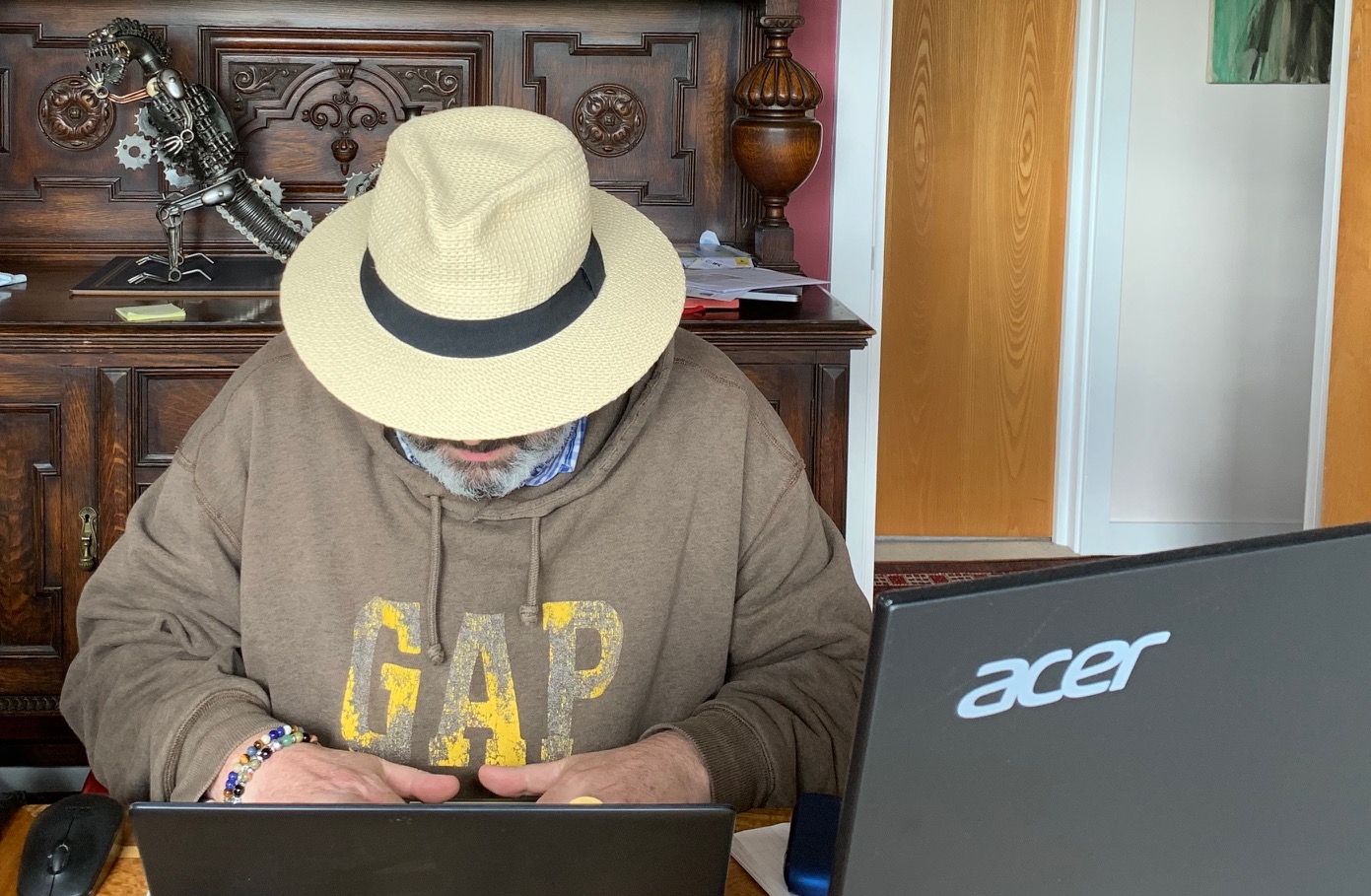 What one wears on the bottom half, of course, tends not to be noticed over video conferencing, but the Panama hat on (every) occasion has elicited comment. There’s a good reason for the headwear choice as the south-facing patio doors let in a lot of light, and this has been straining these aged eyes… so, summer hat got cracked out as a preferred option to shades.

According to one French source it all “looks a bit Charles Trenet”… which involved a Google search to see whether I’d just been insulted!

And it was pondering just this earlier today that gave inspiration for this Friday Missive – opting out of anything too heavy as the world’s grim enough without hitting people just before the weekend with lots of infra/energy data.

It was with a certain frisson of nervousness that WhatsApp was fired up to ask people: “What are you wearing?” While also asking for details of the best outfits they have seen on a Zoom call.

And what are you wearing?

Lo, it would appear I’m not alone in taking the mullet approach to the WFH dress code – business in the front, (beach) party in the back.

Only once in the last 6 months plus has a jacket been donned – and that was for the recorded intro to IJLatAm 2020, our virtual conference to replace the famed Miami event – and it was unpleasant to note how it had shrunk…

I am reliably informed this is something of a clothing phenomenon. In 6 months of not wearing suits, the threads tighten to the point at which it impacts the cut of the suit so that it no longer fits. Quite bizarre really. I’m going to need a whole new work wardrobe if we ever return to The City.

As one source says: “As I have a lot of Zoom calls I have kept to work shirts, but they are mostly ones from the back of the cupboard when I thought I was a lot slimmer – too tight around the waist for wearing in public but ideal for a high-waisted laptop camera!”

One of the first responses to beep into the phone was from an old chum who sent a selfie of her quite clearly working in jammies and dressing gown at 10:50am.

Another picture came of a mate with his (I think) golden lab out nailing his 10,000 paces saying he’s only just cracked out his wellies with the changing weather adding that he enjoys “a healthier life these days while being just as – if not more – productive”.

Rumour reaches me of a chap at an IFI who took a call in the bathroom with the laptop placed on the bog seat while he took a shower… which is breathtakingly strange (but my leg might be being pulled there). The bather was described as DC’s village idiot.

Underwear misadventures abound with tales of a lawyer rising for a document, forgetting she was in her underwear. And a stiff-upper-lip investment banker who did likewise, revealing his pale blue boxers. Another chased a dog out of his home office to expose “1980s football shorts”.

One who actually made it into town says: “I did manage to have a client meeting in the small window of normality between second week of September and Boris’s recent announcement. The meeting was opened by one of the hosts explaining how his feet were trying to adapt to socks again.”

It’s all become a bit too casual. Shorts, tracksuit bottoms, trainers, no socks, hiking shirts, t-shirts. As one infra professional says: “I just need a skew baseball cap and a gold neck chain and I’d be a chav.”

Another has taken to wearing “bright floral shirts” to help the computer pick him up so the fake zoom background doesn't disappear to reveal he’s “in another country on the beach”. What he finds most alarming is “other people with bright floral shirts. How dare they use fake backgrounds to work from the beach!”

A Scottish contact (there’s always a couple of them) says: “My most shocking was self-inflicted as I realised I had pulled a checked shirt on over similarly checked trews and it looked like a bizarre romper suit!”

One now established home banker says: “Since March 2020, my business attire has been as follows from bottom to top: Havaianas flip flops (on colder days with blue socks), gym shorts from my private collection, white undershirt. On video call days à la Silicon Valley grey/black t-shirt – on colder days with a black Subway Music hoodie with a yellow skull crest.”

It’s all a matter of taste. But it is at times like these that we discover a lot of people entirely lack taste. One source complains of a colleague wearing what the Australians call “a singlet” and what we in the UK call a “wife beater”.

However, the prize goes to this source who says: “To be honest, the most alarming outfit I saw was someone in full suit and tie. It just seemed so unnatural.”