The Philippines has gone beyond its historically mediocre growth pattern to become one of the fastest growing nations in Southeast Asia. However, the country still suffers high levels of unemployment and poverty, and its infrastructure is crumbling.

These issues are intertwined. A lack of modern roads and transportation routes is a serious economic impediment given the country’s fast-growing population.

The National Economic and Development Authority (NEDA) has identified 75 flagship projects under the BBB scheme, with information currently available on 61 of them. Of the priority projects, 42 relate to transport infrastructure and have a total estimated cost of $25 billion. 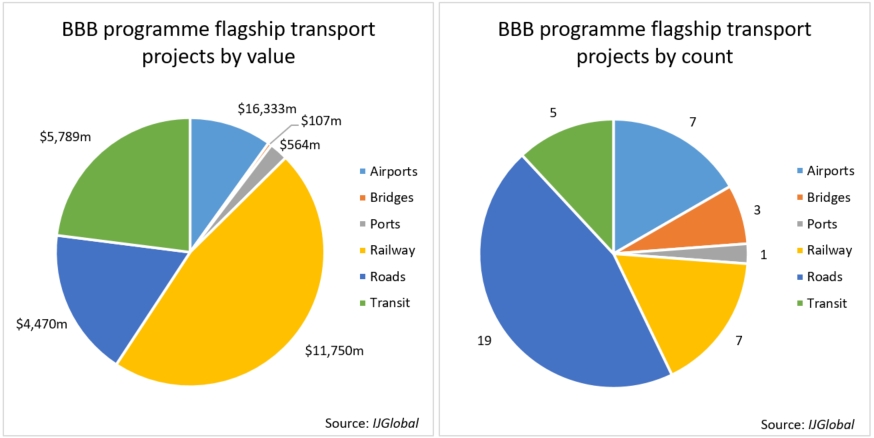 Official Development Assistance (ODA) has been the main mode of financing for the BBB initiative. So far, pledges have come from:

In addition, the Asian Development Bank (ADB), headquartered in the Philippines, has significantly strengthened its support for the country by allocating it 40% of its total $3.68 billion sovereign loan package for the years 2018 to 2020. In September (2018), the bank announced it was to double its annual lending to the Philippines to $2 billion between 2018 and 2021. 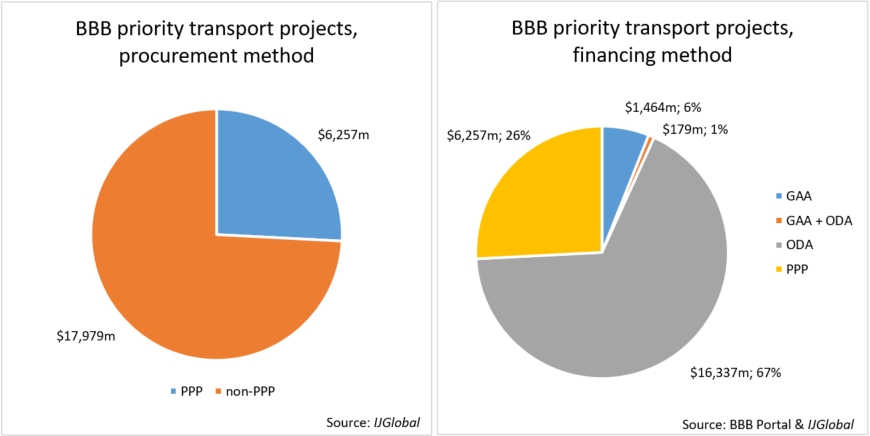 According to data compiled by IJGlobal, 67% of the priority transport projects will be implemented through ODA. Another 26% are to be procured as PPPs and the rest is to be funded by the government under the General Appropriations Act (GAA). 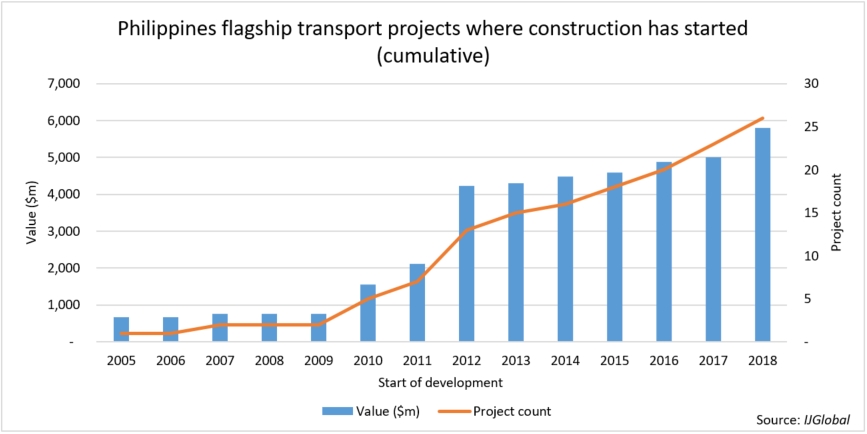 The most expensive among the projects is the highly-anticipated $6.7 billion Metro Manila Subway project. NEDA’s timetable stated that work should start this year (2018) for it to be partially opened by 2022. Other pricey projects are the $2.8 billion PNR North 2 Railway and the $5.2 billion North-South Commuter Railway. The rail projects are under procurement and scheduled to start construction by 2019.

Only two years into the programme and many of its major projects have already fallen behind schedule. According to NEDA, nearly half of the 75 flagship projects were supposed to start construction in 2018, but only seven have done so. Many projects are delayed due to the Department of Public Works and Highways’ (DPWH) inability to utilise approved loans, leading to a growing pile of incurred bank fees. Projects have also faced permit issues, weather challenges and inadequate planning.

Serious concerns have been raised recently about the social costs of some of the projects – such as the North-South Commuter Railway – and in particular the adequacy of the feasibility studies conducted.

Alarmingly, estimates suggest that the construction works needed for North Luzon Expressway-South Luzon Expressway Connector and the North-South Commuter Railway could cause the demolition of the houses in 38 communities in Metro Manila, resulting in the economic and physical displacement of up to 200,000 families.