Republican congressman Mike Kelly has introduced a legislative bill he hopes will aid the financing of social infrastructure projects in the US.

The Public Buildings Renewal Act of 2016, if passed into law, will allow certain PPP projects to be funded by the tax-exempt private activity bonds (PABs) which are now available to transport projects in the country.

PABs have supported road projects with a value of more than $5.5 billion since the beginning of 2013, the most recent of which was the SH288 Toll Road Expansion in Texas which was financed with bonds of roughly $273 million arranged by Citigroup and Barclays. 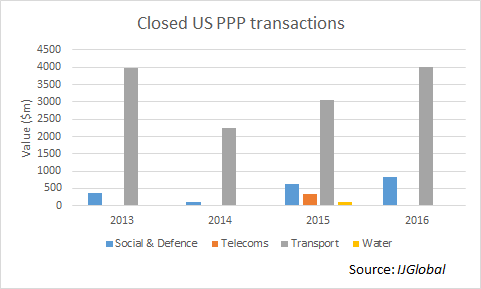 Transport projects have represented 60% of all PPPs to reach financial close in the US since 2013, but other types of deals are becoming more prevalent. Social and defence projects in particular are becoming larger in value and more frequent, and are exactly the type of developments being targeted by the new legislation.

The bill specifically mentions the need to improve the access to financing for projects involving public buildings, such as schools, hospitals, court houses, universities, police stations and prisons. The bill would create $5 billion in PABs for eligible public buildings for states to access through the US Treasury Department. 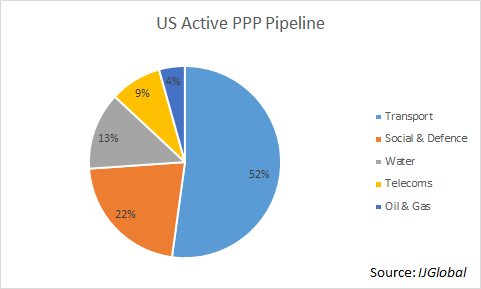