Welcome to the Friday Editorial, dear friends. Pull up a seat. Make yourself comfortable as I have a chilling tale to tell you… one that’ll curdle your blood, turn your hair grey(er) and have you wailing in terror as you face your doooooom. 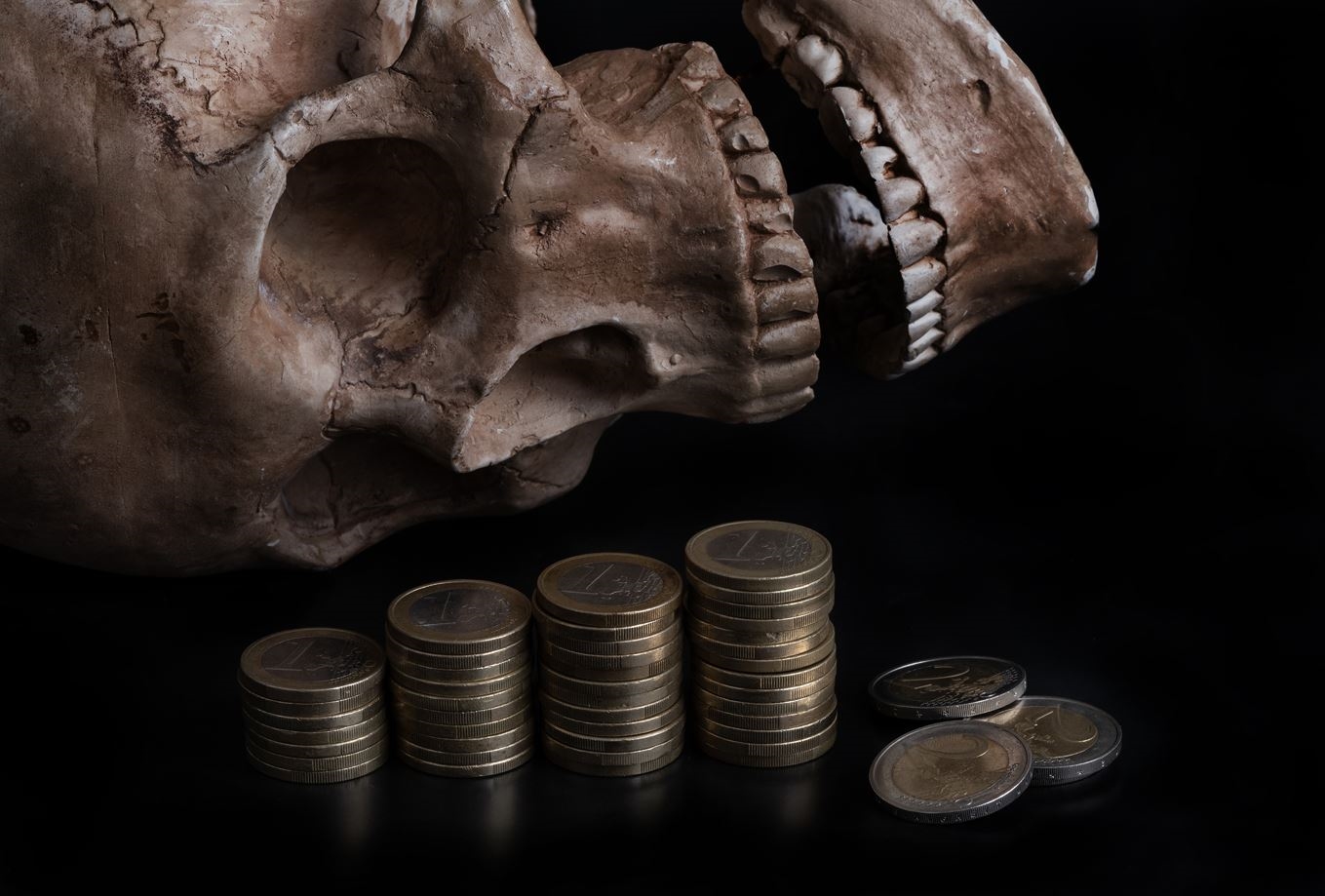 It happened on a day like any other day. Nothing untoward, just your average day in The City… but there had been tumultuous goings-on around the world and there was an air of unease among the money lenders.

There had been rumours. But there are always rumours. There are always those who see looming shadows in the gloom. But this time, senses are heightened. They feel a presence… a malevolent presence that bodes ill for all.

Collars turned up, bankers shuffle from office to office, casting nervous glances over shoulders. Most skulk at home peering through drawn curtains, surrounded by pasta and lavatory paper.

The mood is tense. You can taste the fear.

Dawn of the Debt is upon us… and inflation contagion is sweeping the land.

The IJGlobal Friday Editorial has a history of marking Friday The Thirteenth pointing a quivering finger at an issue of the day – something gruesome in the market (which there usually is) – and letting out a blood-curling scream.

Friggatriskaidekaphobia – paraskavedekatriaphobia if you prefer – has long held a fascination and it’s always joyful to point out the challenge of the day while consoling yourself that it ain’t half as bad as 2008.

When we take a look at the impact of world events – and the resulting inflation hike – on infrastructure and energy, the sense on The Street is that infra debt remains fairly free of impact… which is nice.

Long-dated, Core project finance debt has always been held up as inflation proof, which makes it a comfortable haven in such a hectic climate.

As one old chum in the infra space says: “Everything is relative in finance, and on that basis infrastructure is about to be a superstar… as long as you've not been off smoking the Core +++ pipe too much.”

However, the same cannot be said for our friends on leverage teams as one infra banker – with a charmingly-vulgar turn of phrase – quips: “My colleagues on the other floors are completely p***ing it. They are s**t scared and they have problems.”

Said banker steps out of infra/energy sector for a Simpsons-esque parallel: “If you have debt in a donut company, for example, and you cannot charge €2 more for your donut… it’s a problem.”

But there’s more. A lot of leveraged finance infra debt was arranged over tenors of 5-7 years which will have to refinance… into a market where the pricing is considerably higher.

That’s pretty worrying on deals that closed in a pre-inflation environment with an anticipated 6-7% yield. These businesses will be seriously impacted when debt yields shoot up to 4-5%.

Now, let’s keep the focus on infra debt funds. A lot of them have in recent years piled into long-term, fixed-rate debt with a lot of the money behind them being long-dated players like annuities – matching debt to liability.

However, the likes of pension funds – which need their pots of cash to go up with inflation right up to the point when people retire – have to protect the “real value” of their money. Insurance companies, on the other hand, do not face that issue to the same extent.

The reality is, a lot of the long-term debt that institutions can do is fixed-rate. If the borrower wants floating rate, it has to find a bank to hedge it… and banks really don’t like to do that when they aren’t lending

With inflation heading up, the value of fixed-rate investments heads down – which is basic economics.

And here is where we jump to a tenuous analogy based on swings and round-about that is well known to all of us. What you win on the swings, you lose on the round-abouts.

Take the swings as high-priced debt that will be closing in the coming months (refis at a higher rate and new deals), while the round-abouts are the low-interest rate debt that has closed over the last, say, 10 years.

Well, for infra debt funds, they will be gaining on the swings right now because it’s more expensive for the borrower and sitting on its book of loans from a low-interest rate environment. The back book starts to look less valuable, while the forward book increases in value.

Looking forward to 10 years down the line, and your back book looks good in value while your older back book – not so much. But that is all part of the eternal cycle of financing and entirely acceptable.

But the rub comes that with the last 5 years having seen more refinancing of debt that you can shake a stick at, and with limited opportunity to lend in the current environment (at a higher margin) it’s a bit of a nightmare.

As one source rounds it off nicely: “You get hurt with your back book because you invested at a low yield and you are locked in to it… and then the higher stuff you get temporarily because as soon as the market comes back, you lose it all and it goes back to the lower stuff.”

But if this editorial has filled you with terror, one infra banker calms the heart that’s thumping like a ferret under a bowler hat with: “The silver lining is – banks can’t fire everyone… so maybe we have a day or 2 left to live!”