While IJGlobal never takes a political stance and tends to steer clear of covering international developments that have limited or no impact on infrastructure and energy… this clearly is not the case with the war being waged by Russia against Ukraine.

This piece focuses on the sanctions and impact of the war on Russia’s infrastructure and energy sector, though it is not famed for its project finance activity and has not traditionally been a region where infrastructure funds have operated in force.

As such the war and developments over the last 10 days since gathering 190,000 troops on the Ukrainian border (Friday 18 February) will have limited impact on the infra/energy space by dint of lack of exposure. 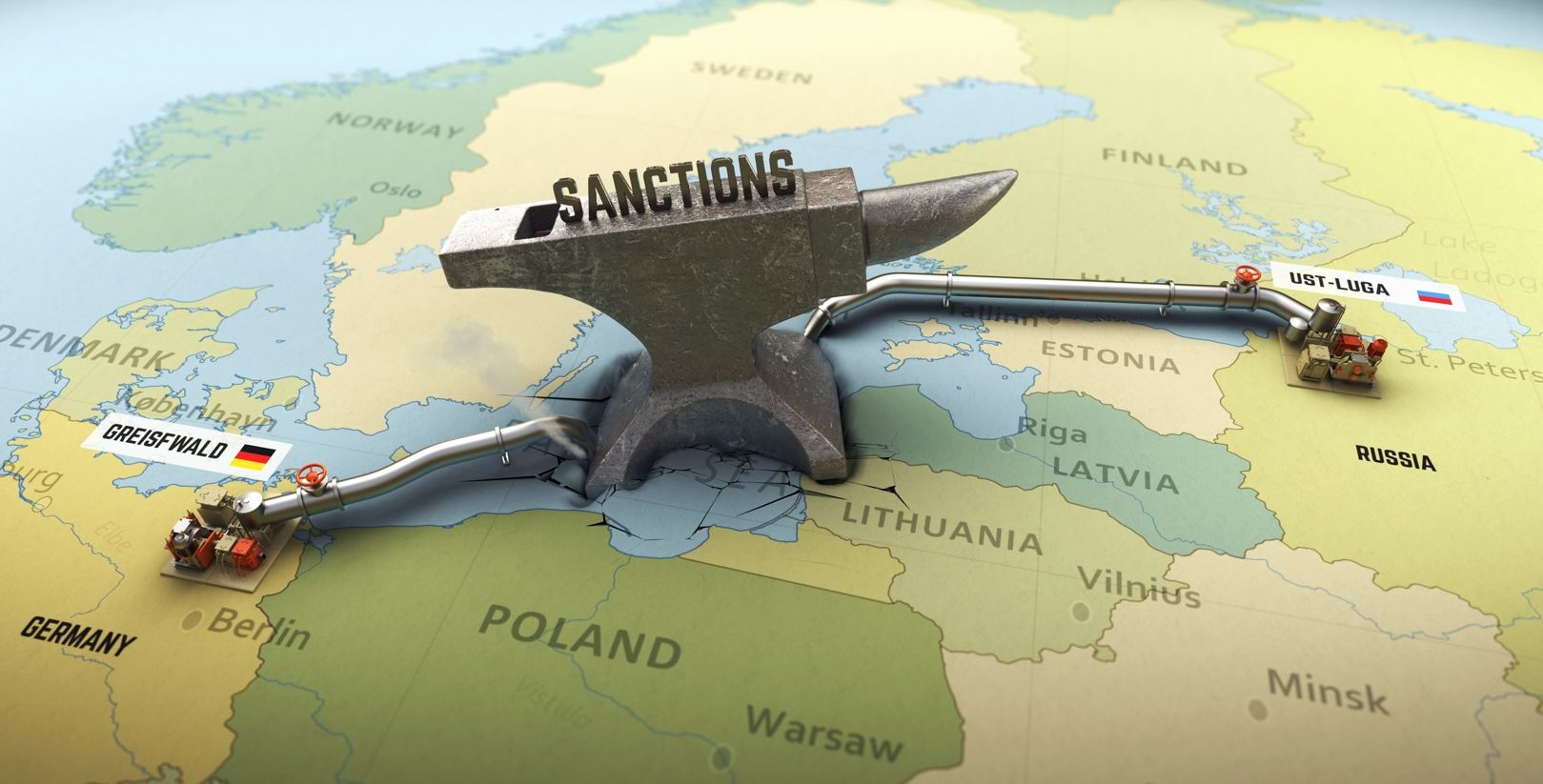 Ukrainian President Volodymyr Zelensky was quick to urge the European Union (Saturday 19 February) and US to outline sanctions they would impose should Russia invade, but a fairly limp response from the EU led by Monday (21 February) to Russia recognising Ukraine’s breakaway regions, and then the independence of the Donetsk and Luhansk regions.

By Tuesday (22 February), the pressure was ramping up and the first infra news started to break with the German government calling a halt to Nord Stream 2 – the second gas pipeline from Russia to Germany – that cost $11 billion and was completed in September (2021), but was still awaiting regulatory certification.

It was then that the first wave of sanctions against Russia was announced which ranged from President Vladimir Putin’s assets in the EU, US and UK being frozen (but no travel restrictions), through to Boris Rotenberg – co-owner of Russian gas pipelines company SMP Group – having his assets frozen and a travel ban.

The sanctions have been hugely impactful on a wider footing by the removal of a “select” group of lenders from the SWIFT platform which will greatest impact on trade finance as it allows seamless, almost instantaneous payment.

The Central Bank of Russia – Tsentraljnyy Bank Rossiyskoy Federatsii – was already under considerable limitations from the EU, but this has been ramped up with similar developments from the US, UK and Canada to ensure it cannot deploy “international reserves in ways that undermine the impact” of sanctions.

As to the lenders that are involved in the infrastructure and energy space, the ones most heftily impacted are:

Since the outbreak of war on Thursday (24 February) there has been international condemnation of Russia’s actions – as well as internal unrest and demonstrations – and the sanctions have already started to impact.

Earlier today, the European Central Bank (ECB) issued a warning that Sberbank Europe and 2 subsidiaries were likely to fail in the wake of a run on its deposits.

And with sanctions cutting off Russia’s major financial institutions from Western markets, the rouble fell 20% against the USD as other nations ramped up the delivery of weapons to Ukraine, while President Putin had put Russia’s nuclear-armed units on high alert.

At the time of writing (Monday afternoon, 28 February), there was talk of ceasefire discussions on the border with Belarus.

While the human cost of the war being waged against Ukraine is tragic, IJGlobal seeks to maintain its neutral status and investigate the wider impact on the infrastructure and energy community.

Nord Stream 2 was, of course, the first target as an early salvo from Germany to fend off war by demonstrating the immediate impact of taking up arms. It is also likely to impact the earlier iteration that was delivered across 2 phases:

Deals that recently closed with a raft of international lenders that have one immediately wondering about the future include the Amur projects:

The initial project to deliver the Amur Gas Processing Plant saw the €19.124 billion proceeds used by Russian state-owned energy group Gazprom for the development of the Amur facility near the town of Svobodny near the Chinese border. It has a design processing capacity of 42 billion cubic metres of natural gas per year, comprising 6 production lines that started coming online in 2021 and will continue to roll out until 2025. Most of the $11.4 billion of debt was insured to some extend or another.

The associated 160MW power plant – Amur Gas-Fired Plant – involved a $507 million direct loan from Gazprombank with proceeds used by Svobodnenskaya for a thermal power plant. It ensures reliable electricity and heat supply to the gas processing plant that prepares multicomponent gas through the Power of Siberia gas pipeline.

Then late last year, financial close was achieved on the $10.2 billion Amur Gas Petrochemical Complex led by Sibur Holding and Sinopec for the petchem project close to the Chinese border. The financing was secured by a group of international lenders, through 2 ECA-backed facilities which both have 95% political and economical risk coverage.

Running through the IJGlobal database for project finance deals in Russia that have reached financial close in 2021 (not including in the list the Amur deal from above), the are 8 transactions with a combined value of $28.6 billion an average tenor of 11.68 years and an averaged out gearing of 90:10.

It becomes immediately apparent that these deals have been dominated by Russian lenders – which will stand them in good stead in the increasingly turbulent market:

Given the exposure of Russian lenders to recently-closed deals, that bodes well for their future.

It leaves the mega transactions like the Nord Stream pipelines and the larger Amur transactions particularly exposed as the world looks on hoping for ceasefire and a cessation of aggression.

Meanwhile, talk of LNG receiver terminals is ramping up in Germany with projects likely to be brought to market in quick order and pushed through the procurement process at record speed as it seeks to secure security of supply.