Maybe it’s bad form when writing up the winners for the inaugural IJGlobal ESG Awards, but with everything that’s going on at the moment it’s hard not to stare balefully at all this virtue signalling from across the infrastructure and energy community.

Now don’t get me wrong. I buy into changing this world we live in. I even have a sneaking regard for Greta Thunberg. Her “blah, blah, blah” oration is right up there with Churchill’s fight on the beaches speech.

I’ll go a step further, I rather support Extinction Rebellion… though was delighted when they didn’t block our taxi ride to Heathrow a couple of weeks back when we were off to Sabadell for an old friend’s wedding.

Heck, I have a (petrol) car boot full of bags-for-life that range in durability from the (now rather tatty) Whole Foods hessian bag I bought in Kensington back in 2007 to the 10p one the I grudgingly bought from East Sheen Waitrose, angrily throwing eyes through the window, wondering whether I could carry it all refugee-style to the motor. 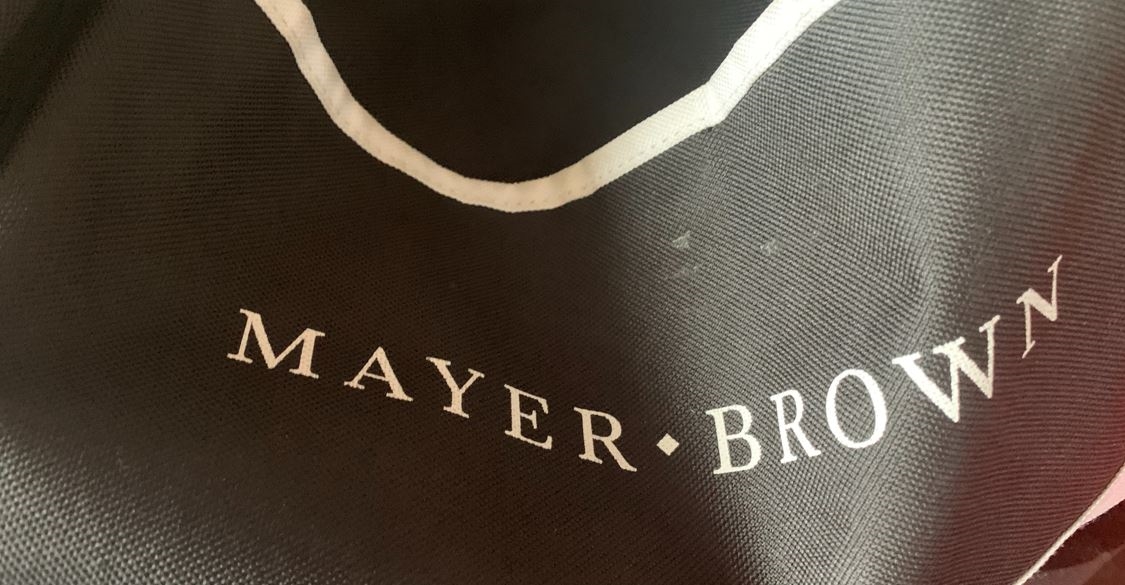 Shopping tends to be an exercise in corporate branding as we favour the Mayer Brown bag (pictured right) that came to us second hand from an old friend – Laurie Mahon – who gave it to us some years ago with our wedding present.

As she handed it over, it became increasingly apparent that she valued this bag (much as we now do) and conflict radiated from her that she really wanted to hold on to it… but realisation dawned that we couldn’t carry the delightful cocktail shaker and martini glasses back from Smithfield without it.

Actually that bag’s getting a bit old and if anyone from Mayer Brown is reading this… feel free to send one my way. You might even want to send one to Laurie as – while she has too much savoir faire to mention it – she really did like it.

If it comes down to it, I would happily cycle into work for the two – three at the very most – days that I go into town. However, I don’t have a death wish or want to get into daily battles with spandex-clad commuters who treat cycle paths (where they exist) like their own personal racetracks.

There are two infra types who live nearby who cycle into work like they just stepped off the Tour De France. Well, one of them looks like he could be doing that – the other one… yeah, not so much. That’s more of a work-in-progress, but fair enough, progress is being made.

And then we have COP-26 just around the corner when protesters will be treated to lashing rain in November Glasgow... well played United Nations, well played.

Hopefully the Extinction Rebellion protester who superglued her torso to the tarmac in front of the Freshfields office on Fleet Street and just around the corner from IJ’s office will make a return – because that was hilarious.

To be fair, I don’t think they were having a go at Freshfields, but it caused no end of amusement for me getting to Pret for a disappointing sandwich.

That may all be a tad flippant – having a month or so ago pulled together an international panel of judges for the IJGlobal ESG Awards and debated at length all entries to ensure they tick all three boxes and aren’t just another wind farm – but sometimes you have to take pause to reflect and wonder, where is all this going.

It was with that in mind that I hit WhatsApp this week to reach out to masses of infra specialists to ask whether they could identify any deals that have been touted with “dubious ESG credentials that made you all but squawk with horror”.

Over the course of the last 24 hours, messages have been trickling in from infra/energy professionals around the globe… the ones I have saved on my phone that the latest update didn’t wipe out.

Before getting the boot into natural gas, I have to admit a leaning towards approval of it on the (lighter shade of) green front as a transition fuel in emerging markets. There is a strong argument for it and even the use of “clean” coal where there are limited alternatives and a requirement for base load.

It’s wrong to impose Western standards on emerging markets that are struggling to move away from that moniker, holding them back in that evolution as we snootily point to our offshore wind farms and nuclear plants, grinning in anticipation at deal flow with muscle-bound DFIs to ensure you get paid.

As one source says, there is “a lot of talk that LNG should be touted as green now for its role in transition till we get renewables right!”

But when it comes to oil, few have any doubts with one balking at “any oil storage deal with a green label” and another drawing a line at “oil and gas and petchem deals where they invest in a wind farm to off-set their carbon damage”.

Yet another adds: “ESG can be dubious in the oil and gas sector, but like a cormorant stuck in an oil spill and turned to black, it is curious that investors turn to green deals whatever it takes. Hats off to the LMA that has published ESG and green principles, a great effort that everyone should follow to avoid dubious transactions.”

As for coal, well nobody likes coal.

One source refers to “a deal that claimed great ESG credentials cleaning up land contaminated from coal mining… but only disclosing in the fine print that the business model depended on burning said coal contaminated soil to produce very dirty power. Take that!”

And then there is the rank hypocrisy of an “electric locomotive fleet delivering coal to German power plants” that we can all celebrate with a shudder of disdain.

But I’m afraid most of the venom was targeted at energy-from-waste which – when it actually works – people clearly think is a load of old biomass.

“The controversial answer right now with two massive deals in the market is anything energy from waste,” says one source (who clearly doesn’t have an EfW asset to sell) when asked about the dubious nature of ESG credentials. However, he tempers this by saying: “But that doesn’t really carry because EfW is a genuinely positive outcome versus landfill.”

Another adds: “Energy from waste deals always make my mind boggle – they need pollution intensive transport to get the waste to site and they seem to burn rubbish releasing CO2, especially a lot of the items the general public seem to think are being recycled.”

While another points to a huge elephant in the room: “I would probably go with all deals that use imported wood chips from the US or Asia as a replacement for coal and tout it as ESG positive!”

Wind and solar came in for a dig or two over the inability to recycle the blades and panels, though there have been some developments on the rotor front of late. But that’s turning up to the party very late and it will be a long time before the impact of these innovations will make themselves felt.

And then there are everybody’s favourites… green bonds. A panacea to the woes of the world. A vehicle that allows all to access the kind of deals that save the planet… or so they would have you think.

“I heard some recent green bonds are just ticking the right boxes to get the label when the true green / ESG component is questionable,” says one source. And that source is not alone – and for good reason.

The clever / devious people in the industry are issuing green bonds with a fairly relaxed view of ESG. Sure, they can justify every decision they make… but then a lot of leaders have used “the greater good” as an excuse to do terrible things.

“On average we see an ambition deficit, with companies hoping to tap into cheaper financing based on intent alone and ‘business as usual’ performance. Virtue signalling has reached peak noise,” says one. “Ultimately those who embed ESG will be the winners of tomorrow, whether they post it on LinkedIn or not.”

To round it off there is the EV specialist who rages at “the Lexus car advert that claims the car is self-charging! Yes, a minuscule amount of the energy from braking goes into the battery, but it strongly implies that you will never have to charge the car again.”

But the last word goes to the wag who points to the rewilding project on The Archers – which doesn’t translate beyond these shores and not even within these shores to anyone under 45.