This year we ploughed through 1,400 submissions for IJGlobal Awards 2020 – the highest entry level for many years thanks to ramped up marketing – and we raced to put company awards in front of our independent judging team while tackling deal entries ourselves.

Every year it’s a relief to see entries for “the right transactions” – the ones you were hoping to see submitted… then holding them up for investigation to see if they look quite so good when compared with rivals.

However, when it comes to the Editor’s Choice Award… that’s our prerogative. James Hebert, resident IJGlobal MEA hand, was quick to identify the $800 million Umm al Quwain IWP (UAQ) in the Emirate of Umm Al Quwain, United Arab Emirates, as a stand-out deal for the region that warrants recognition as the winner of the inaugural Editor’s Choice Award for MENA.

This transaction primarily wins based on it being one of the first in the UAE to be backed by a federal sovereign guarantee rather than any of the individual Emirates.

Further, as part of the boom in regional water deals that has been linked with soft mini-perms, UAQ bucks the trend in that the $688 million of senior financing was settled on a 24.5-year, partially-amortising term facility with an average debt pricing of 200bp.

And there’s more. UAQ is the first IWP non-recourse project financing structure to have been procured by the awarding authority – Federal Electricity and Water Authority (FEWA) – and it is the largest desalination project in the Northern Emirates.

All those factors combine to make it the inaugural winner of the IJGlobal Editor’s Choice for the Middle East and North Africa.

Umm al Quwain IWP The UAQ project has been procured to deliver a 150 million imperial gallon per day (MIGD) greenfield seawater reverse osmosis desalination plant that is being developed by ACWA Power, Mubadala and FEWA.

It is due to be commissioned in 2022 and, once completed, it will benefit from a 35-year water purchase agreement (WPA) with FEWA.

IWPPs in the UAE have historically been procured by EWEC, which has primarily been active in the Emirate of Abu Dhabi as well as Fujairah. More recently, new IWPP programmes were fostered in the neighbouring emirates of Dubai and Sharjah, under the remit of DEWA and FEWA. Each programme was supported by strong sovereign support and investment grade offtake wraps.

The IWP – without the added P for power – is a more recent development in the local market. FEWA launched its maiden IWP project under an international competitive tender in 2016 alongside a range of other power and water plants.

Despite benefiting from typical BOO features generally observed on comparable projects, the lack of procurement track record, the absence of investment-grade credit support and the unprecedented nature of the federal credit led to a comprehensive due diligence and project document negotiation process around the offtake structure.

This was led by a core group of experienced international lenders that had been involved in the deal since bid submission.

The project was initially tendered in 2016 as a 45 MIGD IWP, subsequently awarded to ACWA Power. In parallel, Mubadala secured a pipeline of 135 MIGD of projects in the Northern Emirates. At the end of 2018, in the wake of competitive bids placed in the GCC for other IWPs, FEWA amended the process and merged the various projects into a single plant to allow for further optimisation of the tariff.

The new project, with total capacity of 150 MIGD, was re-developed in an accelerated timeline, including negotiations for a new land lease, EPC and O&M arrangements – which led to substantial economies of scale, making it more comparable to the benchmarked IWPs developed in parallel.

The offtake structure is based on a water purchase agreement contracted with FEWA, providing for a bankable risk allocation, availability-based cash flows and credit support issued by a strong investment-grade sovereign entity.

While this all appears in line with previous IWPs developed in the GCC, the length of the offtake is unprecedented with 35 years of operational life contracted to FEWA and 35 years of credit support provided by the UAE Ministry of Finance.

This landmark achievement supported the structuring of a long-term debt package, with a 24.5-year term loan partially amortising down to a residual balloon of 18%.

With an equivalent notional tenor of 28 years, this is one of the longest IWP project finance schemes to have closed in the Middle East without tenor-reducing cash sweeps.

This truly sets apart this financing structure from other greenfield financing funded on a soft mini-perm or hard miniperm basis, making it a stellar winner of the Editor’s Choice Award for the MENA region.

From those who made it happen

The consortium of ACWA Power, a global leader in water desalination and power generation, and MDC Power Holding Company, an entity fully owned by Mubadala Investment Company PJSC (Mubadala) worked with an international team of lenders and advisers to bring the deal to a successful conclusion in March (2020).

Under the terms of the agreement, FEWA holds a 20% of the stake, while ACWA Power and Mubadala each own 40%. The government of Umm Al Quwain will join as a partner in the project and will own a stake at a later date.

Standard Chartered Bank played a pivotal role in the financing while First Abu Dhabi Bank was the facility agent, security trustee and account bank. The lenders were advised by Norton Rose Fulbright on legal aspects and by Atkins on technical. Mazars was model auditor.

The principal adviser to the sponsor was Clifford Chance and much of the consulting element was provided by internal functions.

Laughlan Waterston – head of corporate and project finance at SMBC’s Middle East department based in Dubai – said: “We were pleased to support this vitally important project for the Northern Emirates, not only the largest desalination plant in the Northern Emirates but one of the most advanced in the region, using highly efficient seawater RO technology to produce nearly 700,000 cubic metres per day of competitively priced clean water for local businesses and residents. This is a role model for future desalination projects to follow.” 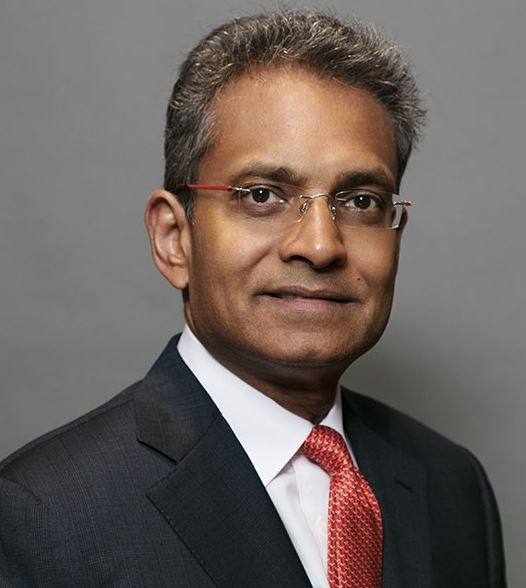 Suhail Mohamed Al Mazrouei, UAE Minister of Energy & Industry and chair of FEWA, said: “This project is FEWA’s first asset in partnership with the private sector. Its implementation will reinforce UAE’s Water Security Strategy 2036 as well as bolster its core programmes.”

Paddy Padmanathan (pictured right), president and chief executive of ACWA Power, also speaking at the time of financial close said: “Successfully achieving financial closure at this stage is testament to the readiness of the market for private-public partnerships.

“It also reflects ACWA Power’s strong financial standing and reliability as well as the credence we have gained from global and financial institutions that has been developed over years of successful operations and partnerships.

“This project is another example of our commitment to supply affordable potable water to more people by developing efficient water infrastructure that will cater for the growing demand in the country.” 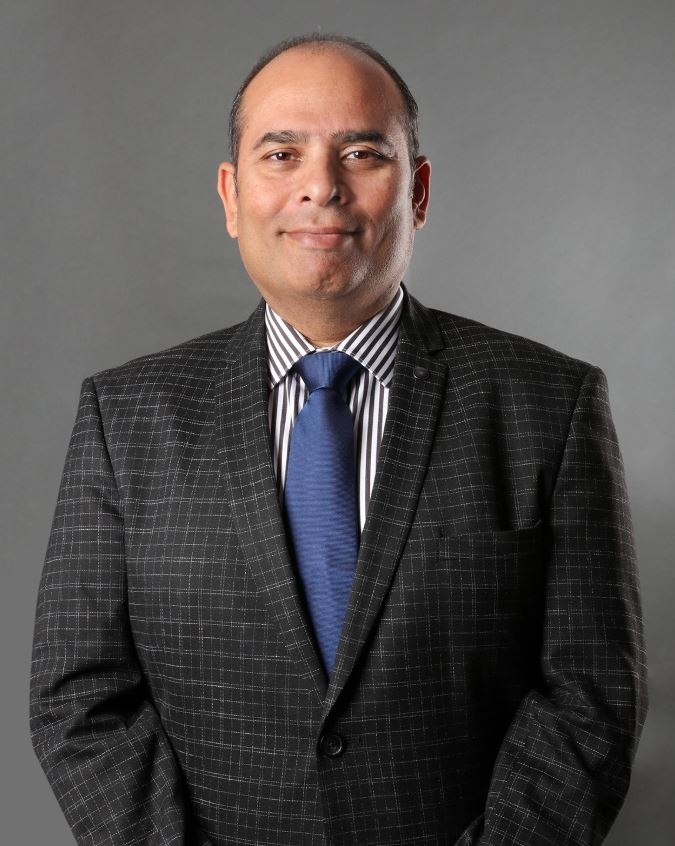 Rajit Nanda (pictured left), ACWA Power chief investment officer, added at the time: “Umm Al Quwain IWP marks a special moment for us, not only because it is the largest desalination project in Northern Emirates but also due to its role in the development of the first IWP non-recourse project financing structure for FEWA that will deliver value for years to come.

“We are delighted to have shown FEWA that we are a partner of choice through the timely financial close of this project and our contribution to securing cost-effective and energy efficient potable water supply for the Northern Emirates.

“This project is a strong indicator of how ACWA Power has developed a stronghold in the United Arab Emirates. We look forward to capitalising on this opportunity and supporting the envisioned growth for the country.”