Having schlepped along the road into deepest East Sheen this week for my annual trip to the optician – the first yearly visitation since 2014, as they snarkily pointed out – and I can say with absolute confidence that the one thing that cannot be accused of being 2020… is my eyesight.

It’s a relief to have finally been in to the optometrist on a number of levels, primary among them to put an end to the other half’s – Enn Tee’s – repeat accusations that I “still” haven’t been to the optician and it must be “5 years since your last appointment”. 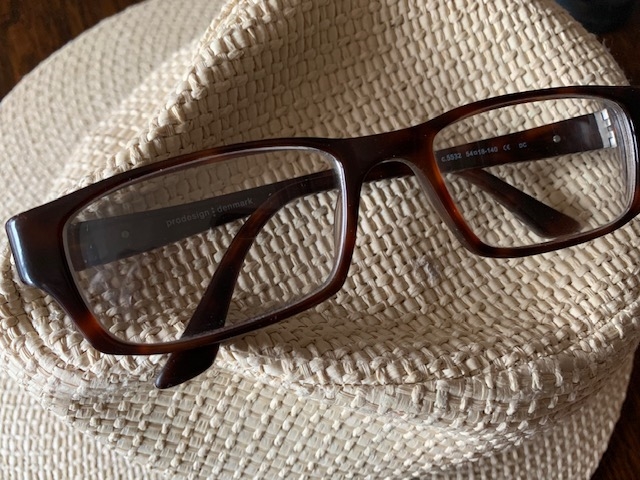 Quietly enjoying the newly-gained knowledge that she’s out by one year, I gently tongue the broken molar (top left and back a bit) and ponder when I’ll get a chance to go the dentist, electing to keep shtum about it lest I open another battle front.

And then there’s the doctor. Keep taking the statins and daily aspirin in the hope my porridge-like blood does not congeal into a mess of potage and strike me dead. Last time in the Sheen Medical Centre – quite apart from an investigation that I’d rather not discuss – there were some worrisome noises about blood pressure, stressful work environments and beta-blockers.

Opticians, dentists, doctors… good god, but getting older ain’t a huge amount of fun. It’s like being an unwilling participant in a demolition derby. All the worse these days for being denied a trip to the panel beater.

All these coronavirus-inspired limitations on essential services rather put one in mind of the Soviet era joke where the chap is trying to book in an electrician. The official tells him the sparky will call by his home exactly 5 years hence at 10am, to which the Russian replies: “So… 10am, five years off. Sorry, I can’t do that… the plumber’s booked in then.”

Life proceeds much as it has for the lion’s share of the year – peering nervously through curtains as masked neighbours take their children to school (coronavirus breeding grounds); driving to the supermarket to glare at all who come too close (everyone) while conspicuously packing up one (big) pack of bog roll; and eschewing the local tavern where everyone thinks Covid is a hoax (bloody fools).

We have settled into something of a routine where we only ever watch whatever Enn Tee wants to watch on telly. We never switched on the TV before all this nonsense. We are also cooking at home a lot more… which can be a bit of a battle ground.

That’s not the cooking… I do (most of) the cooking. It’s Enn Tee’s job at each meal to unflatteringly rank breathing noises. “Why do you have to breathe through your nose while you eat?” she demands to know, glaring furiously across the breakfast bar as she switches on the radio to “drown out the racket”.

This has escalated to the point that I now hold my breath while eating as we glassily – silently – stare each other down, meals cooling in front of us.

On Enn Tee’s musical front, I am delighted to report that Ode to Joy has been mastered… though that does not rule out the occasional return to an “old favourite”. This has been replaced by Yesterday… which is daily played at a jarringly-slow tempo. “At least I’m trying,” she shoots at me. “Which is more that can be said for you and your didgeri-don’t!”

And this – failing health, far more private time, and cooking at home more than we have done in… forever… makes one ponder the imponderable.

Why the hell is my phone battery just about dead all the time when I’m never more than a few paces from a plug? Back in the real world it never ran out… even when hoofing it around New York on a day full of meetings, constantly on the phone, checking emails and the map for directions.

Why is it that I get so much sleep these days, yet I’m always so tired. How on earth did we cope for all those years on a maximum of 6 hours’ sleep a night, commuting for an hour and 15 into Fleet Street? I’ll grant you, adrenaline kept us going then… but why are we all so tired now? Is it that we never leave our desks? Do you honestly have time to take a walk at lunchtime?

Why is it that we spend so much time investigating buying a house in Whitstable, when we remain unconvinced that our employers will embrace the work-from-home revolution when we come out the other end of this.

It would be a ghastly turn of events should we relocate to the Kent seaside, adopt a dog and a cat, settle into a “better life” and then be told you have to be close to the centre of activity, managing the team more closely than a Microsoft package allows.

Which brings me to the point of this week’s Friday missive… what has taken you by surprise over the course of the last seven (long) months of (effective) home working as the world descends into anarchy?

What’s taken you by surprise?

Curiously, the first one to come in was from an old chum who in recent months has started a new role in a rather exciting organisation and he was taken aback by having attended “in person” the first strategy meeting… with most of the new team in the same (socially-distanced, mask-wearing) room.

Another points to surprise at the way everyone – in the main – has adapted to business as the new norm… while also noting how busy the golf course has been of late!

Meanwhile, a North American source whose apartment looks on to a rather famous venue where more flesh is displayed than is socially acceptable (especially in the northern hemisphere at this time of the year) remarks on the continued patronage of a lap-dancing establishment he overlooks (perhaps a tad too much).

He followed this with a link to a news story that says more than 400 patrons of this venue have been exposed to coronavirus… but that (amazingly) most dance partners had left wrong telephone numbers. Who’d a thunk it?

As to being tired all the time, one suggests that working so much via video conferencing is a lot more tiring than we give it credit for being. This source recommends people “mix it up”.

This contact – who has started going back in to the central London HQ a few days each week – is alarmed to discover how much he has missed the office, adding that people “actually speak to real people”.

Another infra specialist who has been spending more time at home than had previously been the case and was embracing fatherhood is alarmed at “how dangerous it is to drive anywhere near a school in the morning”. He complains about “ruthless parents” on the school run who are ready to fight to the death over “a small patch of tarmac to park and pick up”.

One contact celebrates a newly-found skill of multi-tasking: “The efficiency of being able to do something useful – laundry, unloading the dish washer, chopping tomatoes for your pasta – when stuck on that mother of all calls with people consuming airtime… instead of having to pretend to be focused as in the office!”

While most bemoan the inability to knock out 10,000 paces each day as part of your daily commute, meeting schedule and… just working… the positive health impact of a better diet did not go without remark.

As one says: “I do not need a large daily intake of junk food to get by and can actually eat what I have selectively chosen and conveniently stored in my personal fridge.”

While the privacy of your home also allows you to express yourself more freely: “I can take personal calls during the day and loudly swear – in whichever language I need to – without desperately looking for an empty meeting room.”

A quick round-up of other surprises includes:

But the one that resonated most on a person level was remarking how long I had been “banging on about this work from home thing?”

So this will be the last one!