An English phrase that needs no explanation to people who are not native to the tongue has to be “in the dog house”. Six months into working from home (WFH) – more commonly known as Living At Work (LAW) – and I’ve been checked into the dog house for the foreseeable.

Having committed the awful crime of being left alone “to my own devices” for an afternoon this week, the unceasing wrath has been incurred from the other half… let’s call her Enn Tee – because that’s what I call her.

Regular readers will be aware of the tightrope being walked by this locked-down infra hack as he negotiates the rocky path of a happy home / work life… one and the same thing these days… especially as we are staring down the barrels of another lockdown in London.

You may recall that last week’s editorial focused on the challenges we all face having turned our homes into offices and the unwise acquisitions made in that time.

One late entry that warrants a mention for the sheer scale of folly came from an old chum who forked out a veritable fortune on a hydraulic car lift so he could try his hand at car maintenance. Too late, he realised the garage roof was too low for it… and he hasn’t the foggiest what he’s looking at anyway.

It is this theme of “unwise acquisitions” that I briefly revert to as to the cause for dog-house dwelling.

Thursday afternoon and left to my own devices as Enn Tee swanned off into central London for a “team meeting” which – judging by her gait on return gone 10pm – had not been held in the office.

Left to my own devices from 2pm and mischief was promptly entered into. 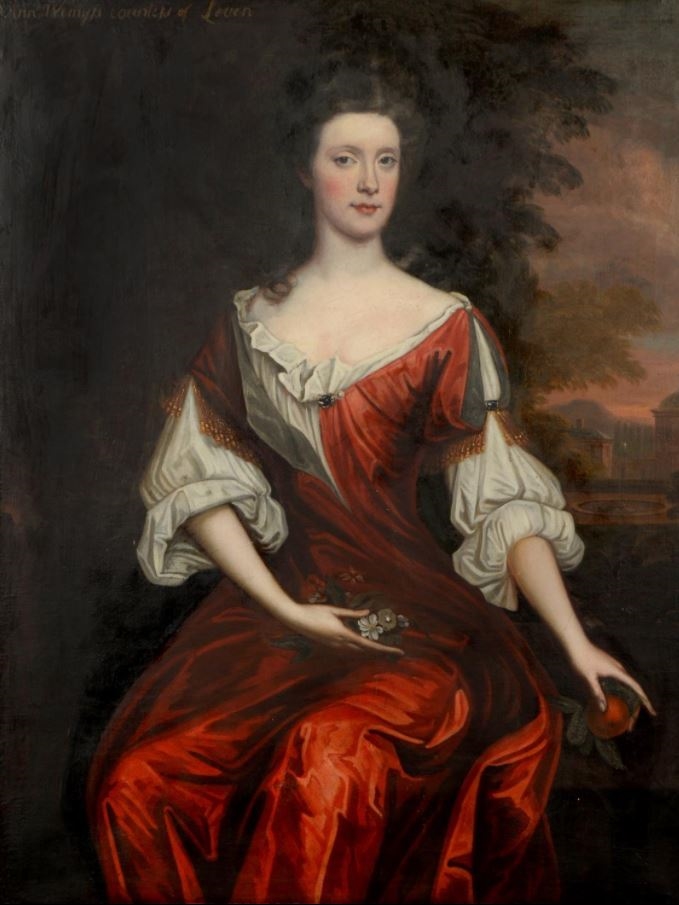 Frown at screen… 45 people watching. Hmmmmm. All my relatives have more money than me. Hmmmmm. Increase bid to £2,200. Hesitation. There’ll be auction house fees which are… 30 bloody percent. Hmmmm. Frown deepens.

Lots whiz past averaging about 25% above than the highest estimate on good items… and my target is a nice one. It’s my great granny (picture right) and some, for goodness sake.

Lot 384 in Nottingham. Portrait after Sir John Baptist de Medina. Bidding goes crazy and the Bid Now button beckons. If I hit it again, that will be £4k, which is £5.2k all in… before talking Enn Tee into a delicious lunch in Nottingham this weekend to pick it up in an entirely impractical car that it likely wouldn’t fit in.

That’s when you remember the important things in life. Not enraging your partner to the point of violence – fortunately she’s as weak as a kitten, but she does have a piercing glare and an “unhappy face” fit to make you cry – and you don’t hose money down the drain on a nice-to-have.

And given we had our home valued this morning and it came in £100k less than we expected… it’s no bad thing to have held back.

This leads on nicely to this week’s Friday Editorial as we meander the path to self-recognition while Living At Work. For years, so many of us have blithely gone about our work lives developing habits that are tolerated in the workplace… but don’t wash at home.

Earlier this week WhatsApp was deployed to survey infrastructure and energy professionals around the globe, asking them about the annoying things they do at home that would garner no comment in the office… but firmly puts them in the dog-house.

I would first like to apologise to an old chum who I am only too aware is divorced. It was insensitive of me to have asked him the question… especially as I know the answer to his bad habits which got him divorced in the first place.

The second things that warrants pointing out is that only men responded to this shout out over WhatsApp… which is somewhat telling in itself.

Let me start. My name is Angus and I speak too loudly when on the phone, on Zoom, on Teams… all the time really. Enn Tee says that being around my family is like going to a conference for howitzer operators. Yes, we are all a bit deaf and were raised on a farm where the only way to catch anyone’s attention at the other end of the field (or the room next door, it would appear) is to bellow your lungs out.

And I’m not alone. Several sources came back with the revelation that they are really quite noisy… something that had never been mentioned in work, but is daily raised at home.

One contact – who has the good grace to be Scottish (so maybe it’s a Scotch thing) – admits that his wife was on a Zoom meeting when her colleagues called a halt to it to ascertain whether “everything was OK as it sounded like a fight had broken out on her side”. They feared she was the victim of a “house evasion by Groundskeeper Willy”.

Volume is a repeat offender… but then the choice of words can also drive people insane. One says he has been repeatedly reprimanded for “using ridiculous business speak, fly the flag up the flagpole and all that”.

Another source, it would appear, has a chronic habit of sniffing. Curious, I’d never noticed. He says it drives his long-suffering wife insane. On the other hand, it is better than one of his colleagues who is “a cougher” which is a lot less amusing in a coronavirus pandemic.

Bodily functions are always distressing in a work environment. Speaking from cruel experience, I once shared office space with the single most prolific bottom burper… which is not something to be proud of. I did the decent thing and ended up turning the office into a hippy paradise with scented candles and became such a regular customer at the nearby fragrant emporium that I am convinced the chap who ran it thought I was shyly working up to inviting him on a date.

He says: “Well I don't think it's an annoying habit, but I started going running… but not being a big fan of running, I spend every half-hour before the run looking outside the window saying to the wife ‘should I go for a run or not? What do you think? Should I?’ Then checking the weather looking for an excuse before she looks up and says ‘I DON'T CARE’...”

Another is displaying office OCD to a new audience is not going down well for one. He admits to being “ultra-organised” and needing to “line up papers to be parallel/right angles to table edges” which is garnering looks of exasperated fury. But to cap it all, he has started “safely stowing away computer equipment that is lying around” only to be told that it was not “lying around”.

One source who hails from a nation that is renowned for being a lot more fashionable than drab Britain says: “I have been reprimanded by my family on my dress down code at home which would be a crime in my home country.”

While another throws it on his colleagues: “For me it's quite the opposite, actually. A lot of my colleagues have complimented me on how much less irritating they've found me since WFH.”

And yet another chimes in: “My wife asks me from time to time how soon I will be returning to the office. She clearly doesn’t want me around. Even more worrying is I have been going into the office and she hasn’t even noticed…”

And then there is the source who bravely broached the subject with his wife: “I have consulted my other half about any annoying habits that I may have and she has told me I have none. I’m certain that this has nothing to do with the fact that she has wrecked her car and is hoping to borrow mine for the next fortnight.”

And so we trudge along the path to enlightenment, perhaps coming out the other end slightly less awful people than when we went in.