The cuckoo effect is ramping up to alarming levels. Having returned from furlough, my co-worker (wife) has firmly established her beachhead on the dining room table, cutting eyes every time I “jump on” a Teams call or (quietly) chew the fat with an old chum, chuckling over a bon mot or two.

Working in such close proximity to her-across-the-table has been something of a revelation. Never have my social flaws been raised quite so frequently or openly in an “office environment”, and certainly never with quite so much… venom.

The charming persona that exudes as she plies her trade as a legal hack switches off the moment a phone call ends. Eyes meet across the table, mine trying not to hint that a sniff less volume might be a good thing (not all phone calls have to be hands-free)… while agreeing heartily that the radio blaring in the background helps me concentrate too.

After five years of marriage, it comes as something of a revelation to note the speed at which her eyes switch from amiable to Lee Van Cleef as she cuts them in my direction, pointing an accusing finger at my straying mouse: “That’s on my half of the table.”

Cautiously moving the offending mouse two centimetres to the left as she watches – hawk-like – through the criticism space between monitors to ensure that it no longer trespasses, and she reverts to her default that I “make much more bloody noise” than her when on the phone (as discussed in the last Friday Missive).

It’s at times like these that the mind strays to the table’s extra leaf gathering dust in the loft that could quite easily be slotted in to create a buffer zone between the two warring/working factions.

Looking around, however, it becomes horribly apparent that the table won’t fit in the room any more with the extra leaf inserted. Suspicious eyes now peering through the gap between screens as she plans her next assault and I calculate the space left in the wake of a number of lockdown purchases.

And that’s what prompted this week’s editorial… the things we’ve bought during lockdown. Looking around the dining room, there’s a lot less room since the Victorian break-front bookcase joined the sideboard (similar era) that the delivery people initially refused to ship because its proportions tipped it into dresser territory. Then the eye wanders further afield at numerous acquisitions that have piled up over the last six months. It alights on what I am told are “veg face pots” (see right) that have become something of an obsession for my other half… ever since satisfying her yearning for a multitude of toby jugs (but he has a nice face).

Uh-oh. She saw me looking at the array of veg face pots and noted that it wasn’t with a doting smile. She jumps in waspishly defending her purchase history: “Well at least they don’t cost a fortune like everything you buy.”

That I cannot argue and have only one line of defence: “I completely agree. And their affordability is without question a major part of their… charm.” Quietly hoping she’s forgotten the didgeridoo I bought in March that refused to sound anything like Crocodile Dundee the first (and only) time it was blown.

So, in a frantic bid to defend my position of having forked out a veritable fortune on significant pieces of furniture, I reached out to a bunch of old chums to see what they had acquired during lockdown.

I know what you bought in lockdown…

First thing on Friday, WhatsApp was fired up to survey infrastructure and energy professionals who have languished at home for the first time since they were spotty teenagers – getting to know their families… many for the first time… and with varying degrees of familial bliss.

Access to 24-hour online shopping has taken its toll as unoccupied minds roamed free over the worldwide web, hungrily eyeing long-desired purchases… that they knew in their heart of hearts they would never have the time/inclination to use.

As the weeks rolled by, they convinced themselves that not only have they always needed this “thing” in their lives… but now they will use it… probably every day.

Straight to checkout. PayPal is quicker and less likely to be noticed. And so we kept the economy moving.

The first response to the survey raised an eyebrow as it was a garden hot tub, which I believe is more commonly referred to as a “filthy sex pond”. That was a shocker only matched by the infra banker (one of the most tight-fisted people I’ve ever met) who admitted to having forked out on a selection of Marks & Spencer’s finest boxer shorts and precious little beyond.

Mulling this piece, exercise equipment was expected to feature significantly, and survey responses did not let down. At the start of lockdown our cross trainer was returned (briefly) to its true purpose, no longer to serve as a clothes horse… only for it to swiftly return to its natural state of being.

One source pulled off the health triumvirate of having bought a treadmill, cycle machine and an exercise bike… only to admit he “used each one once”. 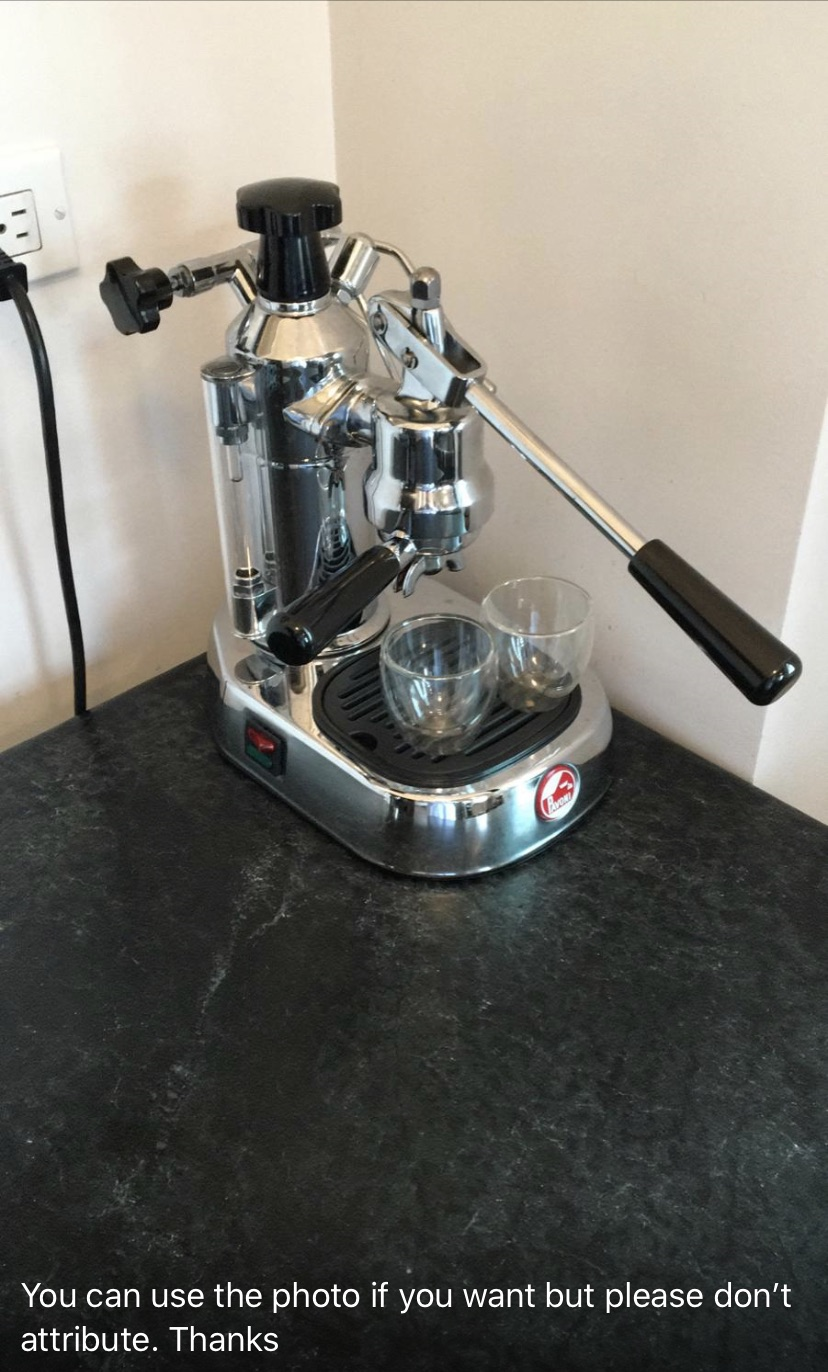 The number of bicycles acquired is matched only by the spike in crime rates for… you guessed it… the theft of bicycles. One admits to having upgraded his bike… which last night (Thursday 10 September) was stolen from his locked shed in “a wealthy London borough”, he humbly adds. Word also reaches me of a £7,500 purchase in the cycle aisle.

Personal transport features fairly heftily with one old chum admitting that he changed car as the “old one looked tacky when I was at home seeing it every day”. Curiously, quite a few folk bought new cars – at a time they could hardly use them and surely they will tumble in price as sales remain depressed. One source speaks of a friend who had a “f*** it moment” and bought a Maserati.

One source comes clean about an obsession: “I've gone into storage massively. I was supposed to have sorted out the garage and attic, but in the end got obsessed with buying boxes and jars of all different sizes and created twice as much clutter. Luckily I realised things had gone too far when I found myself searching online for a larger box to keep the empty smaller ones that I'd bought. The divorce papers should be through shortly...”

Another honest source acquired “an industrial sized pack of fresh yeast which didn’t work and went off so fast even a commercial bakery wouldn’t have got through it”.

Sticking with the honest theme, another bought: “A pair of exuberant trainers – designer, pale blue with yellow trim and funky soles, you get the picture – that have been termed by my daughter as ‘not matching your bald head, daddy!’”

A (now) green-fingered source adds: “I have never done any gardening or growing before lockdown. I am now overrun by a plague of cucumbers, a forest of basil, an Eiffel Tower of tomato vines, a man-eating rhubarb, two gigantic marrows, a bathtub full of plums, a gaggle of apples and one fig.”

On a similar theme another says: “I have now become a plant parent to over 10 bambinos who are killing me with hay fever. I bought a bath board as I thought lockdown is a time to finally abandon showers. A George Foreman grill which I am yet to open. A 12-foot blow up pool for Costa del Croydon staycations in mum’s garden. An exercise bike which has now become a clothes rack, and a lot of high heels but nowhere to wear them...”

Another made a lifestyle change after an alcohol spending spree: “I collected 20 bottles of gin – fabulous gin – and then stopped drinking. That’s pretty dumb.”

The electric scooter craze kicked in for one… when I know perfectly well he already has a moped for the commute and a motorbike that is usually described as being ridden like it’s stolen. This source regretted that decision at leisure as he now realises that commuting is going to be a lot less of his life than had been the case.

Computer equipment has been a mainstay for the Amazon fans, though one banker bemoans buying a second screen that his IT system refuses to connect to his work computer, but it’s just dandy for Netflix off his PC.

Sticking with loss of traditional working environments, a lot of folk have invested in coffee paraphernalia to make up for the lack of boutique coffee shops; while a state-side source spent $13k on a fridge… and then admitted to a $6k chandelier.

Research unearthed a fascinating detail that there is currently a two-month waiting list for stand-up paddle boards… which is just wonderful for the Glasgow-based source who is doubtless looking forward to taking to the Clyde in November. One source bought a lorry load of menthol cigarettes before they were banned in the UK, while another snapped up a robot vacuum cleaner which (speaking from experience) won’t be used after you trip over the blasted thing; and a Play Station which put a strain on the buyer’s relationship… but likely saved it at the same time!

One person (who just came a little closer to my heart) bought a case of 89 Bordeaux and a new shotgun. I didn’t have the heart to ask whether it was side-by-side and just hope he has taste… even if they don’t shoot as straight.

Possibly the worst purchase was a new suit at the start of lockdown… which (if I am anything to go by) probably does not fit any more. And if you know the dog (pictured right), you will know who bought a piano.

And then there’s the nicest person approached who donated to charities, prioritising “education, health and food for those in need” making everyone else (including me) look just a little bit… shallow.