This positive prediction is largely based on a steadily growing solar PV sector, supported not only by the favourable weather conditions but also by the introduction of feed-in-tariffs, subsidies and state renewable energy targets.

The Victorian state government was the first to enact its own renewable energy target law before the end of 2017, aiming at generating 25% of its power from renewables by 2020 and up to 40% by 2025. The new law came at a time when investors were concerned about the lack of clean energy targets beyond 2020, and delivers a much sought after long-term outlook.

Victoria’s recent energy offtake agreements show solar projects with total capacity of 255MW, which is more than twice the initially vowed 100MW. The emphasis on solar developments could be said to be a little surprising, given that wind projects generally require less state support to be economically profitable.

IJGlobal data shows a sharp uptick in solar assets becoming operational in Victoria. A number of projects went online in Q4 2018, including the 110MW Wemen and 106MW Yatpool solar farms. 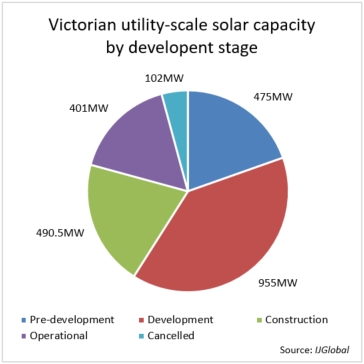 According to IJGlobal data, roughly 2GW of solar capacity is being developed, expanding the state’s total solar generating capacity to almost 2.5GW. 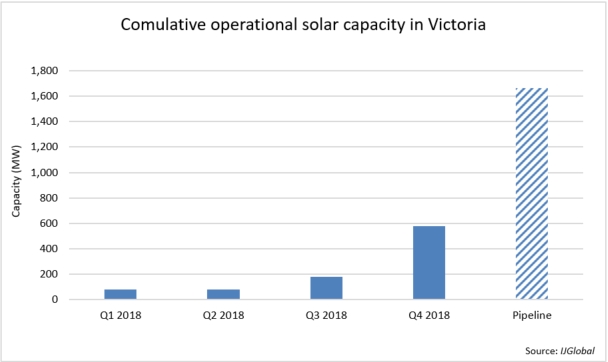 The biggest upcoming projects are the Kiamal solar farm phase I and II with a total capacity of 450MW, and the 253MW Nowingi solar farm in north west Victoria.

European firms are developing most of the major solar projects in Victoria, with French and German sponsors particularly prevalent. French developer Eren Groupe has the most MWs under its name due to its 75% stake in the Kiamal solar project, which is slated for commercial operations in mid-2019. 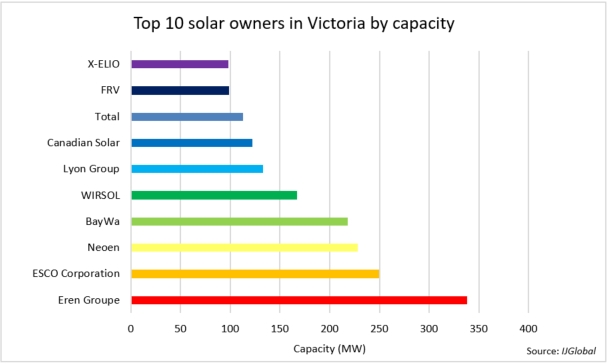 Victoria has become a pioneer in renewables, in part thanks to its successful implementation of enabling legislation. It has surpassed the combined efforts of several other Australian states – including Canberra, Northern Territory and Tasmania – in developing solar capacity.

These states failed to adopt equally effective and stimulating regulatory policy for the solar sector. For example, Northern Territory’s government has declared its aim to produce 50% of its energy through renewable sources by 2030, but the state is yet to decide which policies are to be implemented and how to attract investors. 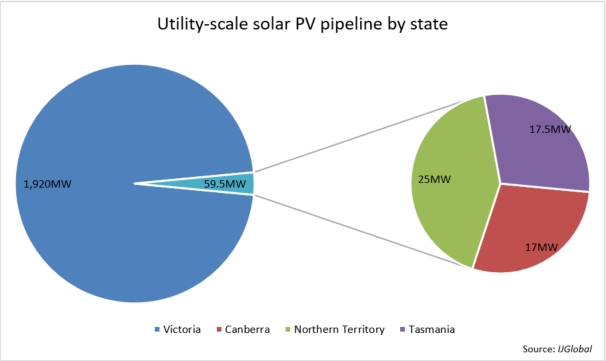