Opportunity knocks just once. A consortium led by fund managers Dalmore Capital and Equitix have demonstrated they know this only too well. They have heard a rapping, swung the door open, and thrown down the welcome mat with a conspicuous hospitality in the acquisition of the John Laing Infrastructure Fund.

With their joint acquisition of the vehicle, the  buyers have capitalised on a confluence of unfortunate external events that beset the former London-listed fund, events which sent its share price on a protracted descent from autumn 2017 – a descent arrested and dramatically reversed by the news of the takeover.

Whilst some have described the purchase of a weakened target as opportunistic, the shrewdness of the move has been equally lauded. After all, acquiring assets is a time-consuming and expensive process – unless you can acquire scores in a single transaction.

Curious observers will now wonder what the deal means for the market. Was it a one-off take private by a clever consortium? Does it suggest opportunities for more of the same by rival buyers? Or is it a sign that listed funds must change in order to prevent such manoeuvres again?

Among London-listed infrastructure funds there were a handful of established vehicles that focus on core infrastructure and PPP investments. They included:

JLIF had a mandate to invest in the equity and subordinated debt issued to operational PFI/PPP projects including transport and social infrastructure, and benefited from a right of first offer (ROFO) arrangement with its investment adviser, the John Laing Group. Though the vast majority of its projects were located in the UK, it also had investments in Finland, the Netherlands, Spain and the US.

The Guernsey-based vehicle was incorporated in August 2010, with an IPO held on the 29 November 2010 which raised £270 million ($349 million) – the second largest capital raise that year despite the ongoing hangover of the world financial crisis. Investors were attracted to an IRR of 7-8%. In the same month as the IPO, it acquired a portfolio of 19 PFI/PPP investments from the John Laing Group, which eventually grew to 65 assets by the time of its sale.

As mentioned in its first annual shareholders report, the fund had a share price at the end of 2010 of 106.5p. From then the share price steadily grew through the years to a high of 140.20p on 10 March 2017. Shares regularly traded at a premium.

Then came the fall. First the UK’s Shadow Chancellor John McDonnell threatened at the Labour Party conference in September 2017 to bring PFI contracts in house. Then the following month, the Catalonian referendum (the fund had sizeable exposure from metro projects in Barcelona) caused the share price to fall to 126p.

A trading update statement from November addressing McDonnell’s comments mentioned the fund would receive compensation worth 86% of its UK portfolio value, heralding a further tumble to 118.30p.

Further slides came following the news of Carillion’s collapse, sending the share value to 118.30p in January (2018) down to 109.60p in April, a mere 3.1p more than its close-of-year share price seven years previously. 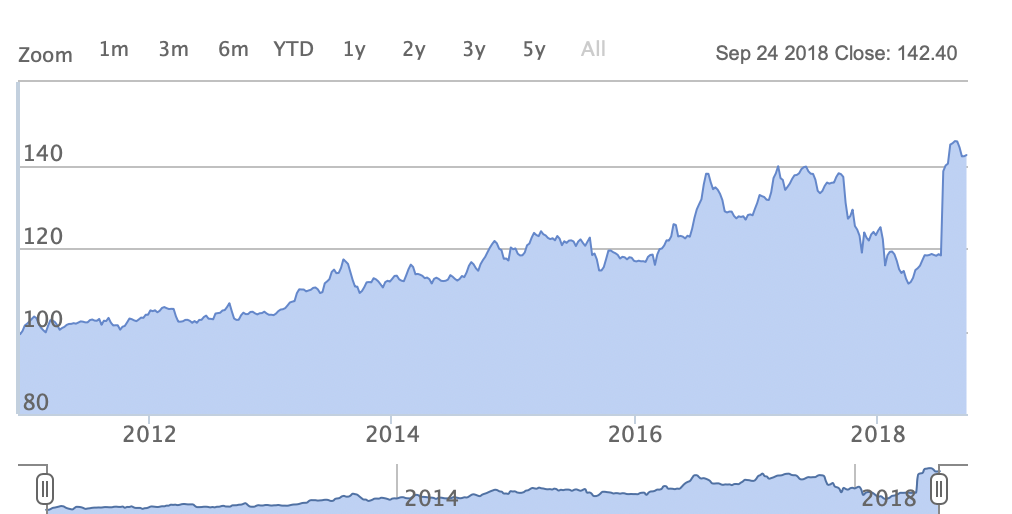 The discount to NAV made fundraising a difficult exercise, risking, as it did, further NAV dilution. Without access to capital, the vehicle was not in a position to pursue future opportunities.

John MacLellan, the JLIF chairman, summarised the issues facing the vehicle: “JLIF and the wider PFI/PPP infrastructure sector has been challenged by a number of exogenous factors which have contributed to share price volatility and a general weakening in the value that public equity markets ascribe to infrastructure funds as compared to their underlying portfolio values.

“[The] UK continues to be a particularly competitive market with an over-supply of capital seeking to be deployed and an under-supply of projects in which to invest. This has caused prices of UK PFI/PPP assets to increase to a level where it is increasingly challenging for JLIF to transact and generate a satisfactory economic return.”

Dalmore had been following JLIF’s waning share price and decided to make a takeover bid in January. Dalmore brought on board limited partners, including several UK-based institutional investors and South Korean backers. Equitix was recruited several months into 2018.

The consortium reportedly considered other listed funds suffering depressed share prices including INPP and HICL, but were ultimately drawn to the higher number of lucrative PPP assets held by JLIF. The deal’s success would make the consortium the largest holder of PFI/PPPs in operation.

According to one expert linked to the deal, “listed companies and institutional investors have a completely different risk appetite. Dalmore and Equitix are taking the Corbyn threat completely differently to the conservative attitudes typical of the listed funds”. Dalmore and Equitix understood that the fund managers of JLIF had the duty to shareholders to endorse an offer that offered even a modest premium after the shares’ poor performance.

The consortium set up Jura Acquisitions as the bidco that would acquire all of JLIF’s outstanding shares through a scheme of arrangement – requiring shareholders to approve the scheme and pass a special resolution by a majority of 75%, compared with typical takeovers requiring 90% of shareholder’s consent.

According to a (Macquarie confirmed) KPMG model of indicative sources and uses of capital for the deal totalling £1.667 billion as follows:

The same model put uses of capital as follows:

Dalmore is understood to have contributed funds from Dalmore Capital 3, whilst Equitix utilised capital from its Fund V. The acquisition bridge debt was supplied – roughly in equal measures – by Lloyds and National Westminster Bank (NatWest) and comprised a £964 million facility and a €40.7 million ($46.3 million) facility. The loans have floating margins starting at 1.25%, and rising to 1.75% and 2.25%. Interestingly, one important figure in the deal later described the facility as “not significantly drawn on”, leaving open the question of where much of funding for the transaction came from.

The consortium advanced an unsolicited bid for JLIF on 26 June which was rejected by JLIF’s board. After a round of negotiations which likely involved an increase in the offer share price, a renewed offer was accepted by JLIF’s board in 16 July. On 3 August, an agreement was reached by JLIF’s and Jura’s Boards on the terms of the cash offer for the entire issued and to be issued share capital of the fund.

The acquisition offered 142.5p per share in cash for each scheme share, in addition to a dividend of 3.57p per share for the six-month period ending 30 June. This offer valued the company at roughly £1.45 billion (JLIF’s own portfolio valuation on 30 June had reached the same figure). The offer price (the combined share price and dividend) of 146.07p represented:

The special resolution was also passed at a general meeting with the following results:

With the acquisition consented to, the last day of JLIF trading was 27 September.

The vehicle’s listing was cancelled on 1 October, and the balance for the transaction paid by 12 October.

The acquisition bridge facility is understood to last for two years, with an option extension of a further year. Sources close to the deal, however, expect the balance drawn down to be paid within six months.

This will partly be done by jettisoning the Barcelona and Connecticut assets to generate cash to repay part of the facility, as well as some consortium capital fronted for the deal. The remainder of the acquisition bridge debt is to be refinanced with long-term debt at portfolio level. Bidders in the intensely competitive infrastructure market will benefit from these assets.

The remaining assets will be split between the consortium members according to preferences around exposure to specific projects, though Dalmore is expected to maintain its assets via Jura Acquisitions.

An attractive feature of the acquisition is the ability for the bidco to exercise pre-emption rights for certain assets in the portfolio. The status of ROFOs from the John Laing Group are as yet unknown; they may well prove to be another lucrative facet of the deal.

Ultimately, the deal has had benefits felt beyond those enjoyed by the consortium; the share price of other listed funds such as HICL and INPP returned to levels last seen prior to Carillion’s collapse on the back of the deal’s announcement.

Is this a one off? Will the listed funds continue to enjoy their independence?

One unlisted fund manager thinks not: “This won’t be the last take-private by an unlisted fund – it’s a closed game. There are no new PFI contracts on the horizon.” However, one adviser linked to the deal thinks this unlikely: ”the bid has supported their share price so probably less likely targets as a bidder will need to offer a similar premium to the higher trading price.”

JLIF had said itself in its 2017 report that it would reweigh opportunities towards overseas projects over time, and this may be what the listed funds as a collective ought to do, despite the exposure to exchange rate risks this would entail. The sunset on UK PFI projects has arrived anyway with British Chancellor Philip Hammond’s most recent budget .This may now be the opportunity listed funds need to diversify holdings, and avoid the circumstances that lead to the decline of their share value over the past year.

The full list of advisers on the sell-side of the deal were: