Peru is one of many countries around the world hoping to boost economic performance by closing its infrastructure gap.

The government wants to facilitate significant investment in infrastructure, particularly in the transport and power sectors, as part of its plans to catalyse the economy. Peru’s GDP growth has been on a downward trend since 2008, when it reached more than 9%.

Private sector participation will be required to achieve these goals, and much foreign investment is being sought. 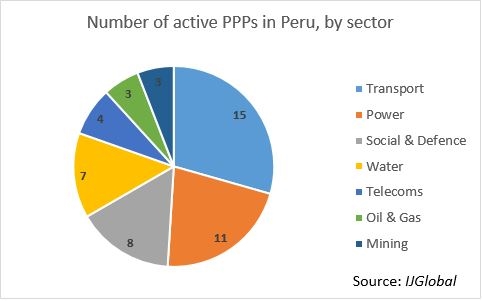 Earlier this year (2018) we detailed Peru’s infra PPP pipeline, highlighting some of the key projects in it. The government is favouring the PPP model because of the types of projects it is planning, the volume of capital investment required, and constrained government budgets. The majority of projects being undertaken are in core infrastructure sectors such as transport, social, water and telecoms.

Improving regional airports is also a major priority for a country of large mountainous regions which are difficult to travel between by road. The government is currently tendering concessions for eight regional airports under which the selected concessionaires would improve and expand the existing assets. Airports, however, are only a part of the transport pipeline – with roads, ports and maritime transport projects also being planned.

While previous investment in the power sector took the form of private initiatives to develop generation assets, Peru is now shifting focus towards upgrading and expanding the country’s transmission and distribution network. The PPP model is also being used for these projects. 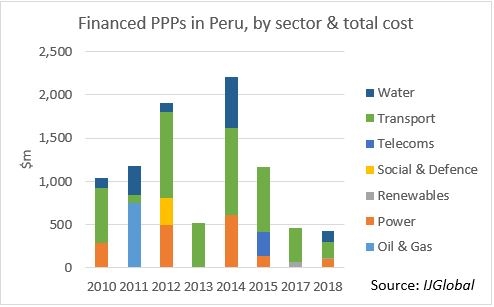 Peru is a country which has attracted high levels of foreign investment historically, and its infrastructure sector has long been dependent on the support of international companies.

IJGlobal data show that eight out of the 10 most active banks on infrastructure projects in Peru over the last 15 years have been international. BBVA ($1.2 billion), HSBC ($834 million) and Societe Generale ($775 million) have been the most active lenders over that period.

ProInversión is seeking to make local projects even more attractive to international financiers. Last month they changed Peru's advisory rules in regards to hiring foreign investment advisers, and has said that it wants to further improve the country’s processes for procuring projects.

Projects in Peru have been much less dependent on loans and investments from development banks, multilaterals and state lenders. Instead it has previously been successful at raising capital in the bond markets to support loans from commercial banks for major projects. An example of this is the Lima Metro Line 2, where over $1 billion was raised via bonds to support its primary financing in 2015.

Peru is set to remain 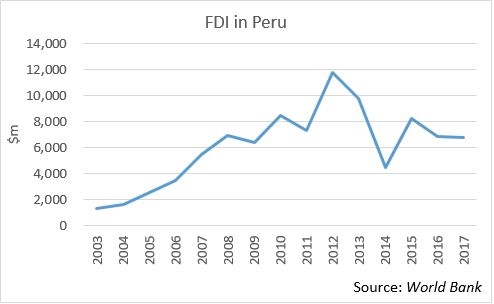 dependent on foreign investment to achieve its infrastructure goals, which is why ProInversión has been busy conducting roadshows around the world touting its PPP pipeline in recent months.