Australia’s Minister for Energy and the Environment Josh Frydenberg this week insisted that Australia will hit its 2020 target of 33,500GWh of renewable energy, but that 6,000MW of new renewable capacity must be built by the end of 2019.

2016 marked an important milestone in the competitiveness of renewables in the country. Renewables became Australia’s cheapest source of energy according to a report from the Clean Energy Council, and 17.3% of all generation was produced from sustainable sources. 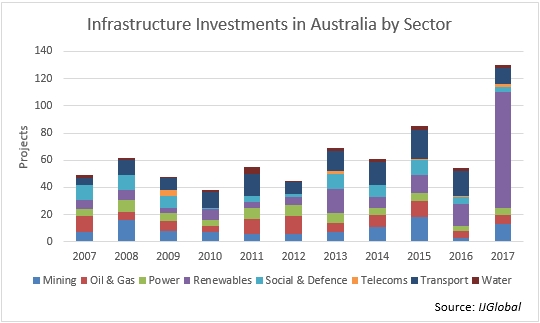 Australia kept up the pace of its renewables roll-out in 2017, with Frydenberg stating that: “4,924MW of the 6,532MW of capacity that has been firmly announced is under construction or already operating, with the balance expected to be fully financed and under construction early this year.”

According to IJGlobal data, 2017 saw a 500% increase in projects and a 400% increase in investments in the sector. With a strong pipeline of projects under development and due to progress in 2018, Frydenberg's optimism looks well-placed.

More than a third of infrastructure and energy projects that are at the pre-financing stage or are currently being financed are in the renewables sector, while only eight (11%) conventional power or oil & gas deals. 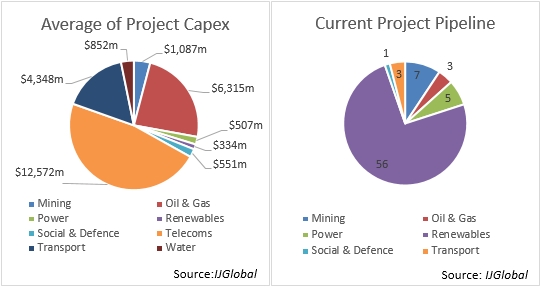 Foreign investment has been a key driver of economic growth for Australia. The Australian Bureau of Statistics claims that in 2016 FDIs reached $575.3 billion, with the majority of contributions coming from the USA ($140.9 billion), Japan ($65.1 billion) and the UK ($49.1 billion), with China and other Asian countries also showing more interest in the market. 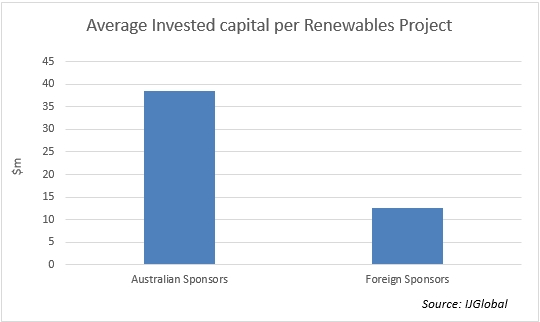 Non-domestic sponsor investors are active in renewables infrastructure development. According to IJGlobal data, in 2017, 66% of project sponsors for renewables were foreign. At the same time, Australian firms tended to provide significantly more equity for financing these projects, requiring lower amounts of debt. Combined with the growing popularity of renewables, which feature lower project costs and gearing ratios, and the increasing prevalence of international banks, 2017 has seen a decline in involvement of Australian banks in infrastructure financing.

Lending for infrastructure and energy projects in the country peaked in 2014 and has since seen a decline of 46%. 2014 also marked the highest participation of local banks in projects, with total lent amount at around 45% of all debt, since dropping to around 30% in the last year. With investment in renewables growing, in 2018 we could expect further dominance by international banks. 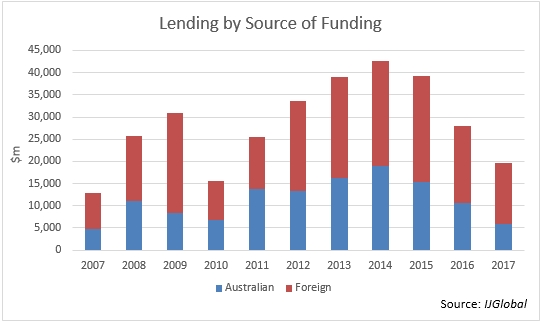